More change is coming, say our experts, so be prepared for another challenging year.

More change is coming, say our experts, so be prepared for another challenging year. 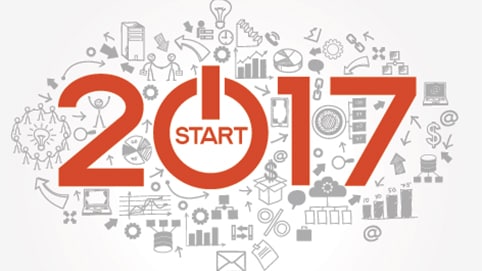 As 2016 races to a close, we pause for breath and invite some of London Business School’s leading thinkers to give us their views on the challenges and opportunities that businesses will encounter in 2017. Here’s what you’re likely to see next year, from ongoing uncertainty over Brexit and the global economy to transformations in organisational culture and new disruptive opportunities.

“2017 will be the year of disruption. Every industry will be affected by some kind of discontinuity or disruption – whether it’s the invasion of new business models or the arrival of radical new technologies. To face the challenge head-on, people need to ask: “How can we respond to these disruptions and introduce radical change in our organisations?” Some will succeed and some will fail. The companies with a higher probability of success are the ones that see disruption as an opportunity to exploit and create a bias for action in their organisations by instilling a positive sense of urgency. They will develop their response strategy by forgetting their existing business and thinking like an entrepreneur – approaching the task with an offensive, not defensive, mindset. As they look for innovative ways to exploit the disruption they will get every employee to contribute to the fight by providing a supportive and nurturing environment. It is a tall order and this is what will make 2017 an exciting year to watch!”

“I’m very focused on what defines the great organisations emerging today. Over the next year we’ll continue to see that the organisations that flourish are those that are confident – not over-confident, nor under-confident. There are several key characteristics your organisation will require to enable you to retain this middle ground. Firstly, you’ll need a clear sense of purpose. You’ll enable everyone in your company to play to their strengths and you’ll create a culture of collaboration where people know they can support but also challenge each other. In this confident organisation you don't simply rely on your knowledge and expertise for success, but rather on your ability to work effectively with others. You create high levels of trust by listening and being open to ideas from all around the organisation and you develop high levels of individual and organisational resilience (our capacity to cope with the demands of our environment). If you can do all of that you’ll be well on the way to enjoying a great year.”

“In 2017, we’re likely to see at least a few highly valued ‘unicorns’ go public, as their early-venture capital backers will want to see liquidity on their investments. Whether these companies – perhaps Airbnb, Uber or Dropbox, perhaps others – will fare well as public companies remains to be seen. And whether any such initial public offerings will create knock-on effects in making early stage capital more available to promising tech start-ups is equally unclear. Apart from those in Silicon Valley or in a very few other financing hotspots around the world, in 2017, most entrepreneurs are going to have to continue to finance and grow their start-ups the old-fashioned way – just as Michael Dell and Microsoft’s Bill Gates and Paul Allen did – using their customers’ funds.”

– John Mullins, Associate Professor of Management Practice in Marketing and Entrepreneurship and author of ‘The Customer-Funded Business’

“2017 is likely to be a bumpy year for the global economy, with major economies facing political uncertainty too. The American economy will be led by a new president who faces a backlash against globalisation that could stymie trade deals. Even though it’s unlikely that globalisation will be rolled back, the lack of progress on opening markets and rising protectionist sentiment may contribute to prolonging the stagnant trade growth of the past year. China, the world’s second biggest economy, continues to be plagued by concerns over its slowing growth and rising levels of debt and could also see its president consolidating more power, which adds another level of uncertainty. The Chinese government is likely to continue to use fiscal stimulus to boost growth in 2017, despite concerns over how investment adds to debt. Finally, France, Germany and others all have elections or a referendum in 2017 that could see changes in government at a crucial time for the Eurozone, and the UK plans to formally trigger Brexit talks by March 2017. For all these nations, political headwinds may well be as important as economic reform plans in 2017.”

“The Brexit talks could become a drawn-out process if either party is unwilling to compromise. If after one and a half years they haven’t agreed anything, there will be a sense of urgency, with people panicking and doing deals that quickly unravel. The concern for me is that the negotiations become farcical. The best outcome for both parties is to have a clear idea of what they want before holding talks, to ensure a clean break. The UK’s best hope is that the EU has a strong set of negotiators with a clearly articulated position so the UK can strike a deal with them quickly. On both sides people will need to consciously not let any personal insults that were hurled before the Brexit vote to get in the way now. But that’s easier said than done: many sensible, bright people from the EU who live in the UK feel a sense of rejection, which is hard to get past. This wasn’t a positive vote to affirm the UK’s independence in the world – it was a rejection of what the EU stands for. The question is: can the EU representatives get past that and move forward?”

The disruptors will be disrupted. Uber will be hard pressed once fair wages and benefits are applied, AirBNB is already under limitations from major cities, autonomous transport will grow and Amazon will continue to automate jobs and obliterate the high street. Think of a companies lifespan as a few years, maybe a decade at best. Get in and out fast!

Hi GevanG - If you click on 'see more' you should be able to get the full text?