Putting research at the heart of marketing

Our vibrant marketing community attracts top faculty from around the world

Many student clubs offer rich pickings when it comes to marketing-relevant events and
an extensive network of alumni in senior positions within the marketing industry. These include:

Our marketing faculty are world-renowned leaders in their field. 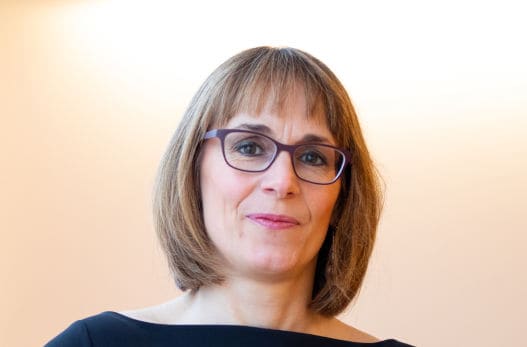 Professor Botti joined London Business School in 2007 after two years as Assistant Professor of Marketing at the S.C. Johnson Graduate School of Management, Cornell University. She received an undergraduate degree in Business Administration from Bocconi University in Milan, Italy, and a MBA and PhD in Marketing from the University of Chicago. 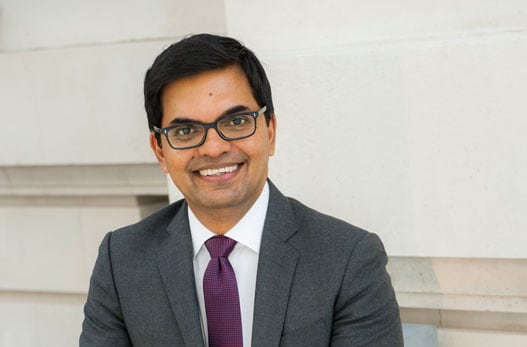 Rajesh Chandy is Professor of Marketing and the Tony and Maureen Wheeler Chair in Entrepreneurship at London Business School, where he is also the Academic Director of the Wheeler Institute for Business and Development. Rajesh’s current research lies at the intersection of business and development. His recent projects have covered the impact of business skills among micro-entrepreneurs in South Africa, novel financing approaches in Ghana, property rights in slums in Egypt, innovation among farmers in India, highways and private education expenditures in India, and using big data for development outcomes.

Chandy is a member of the advisory board of the Journal of Marketing and a Co-Editor of the journal’s special issue on “Better Marketing for a Better World”. He is also co-editor of the Management Science special issue on “Business and Climate Change,” and previously served as an Area Editor for the Entrepreneurship and Innovation area at Management Science. Chandy’s research and publications have received several awards, including the Mahajan Award for Lifetime Contributions to Marketing Strategy Research, the ISMS Gary Lilien Practice Prize for research that contributes most to the practice of marketing, the Journal of Marketing Harold Maynard Award for contributions to marketing theory and thought, the AMA TechSIG Award for the best article on Technology and Innovation (twice), the Gerald E. Hills Award for the Best Paper on Entrepreneurial Marketing, and the Albert Page Award for best professional paper on innovation. He has also received the AMA Early Career Award for contributions to marketing strategy research, and has been named an MSI Young Scholar. Fortune magazine described Chandy’s findings on innovation as "an unorthodox and bracing set of management principles."

During 2006-2008, Chandy served as a member of the US Secretary of Commerce Advisory Committee on Measuring Innovation in the 21st Century Economy. He has provided advisory and executive education services to Carrefour, Novo Nordisk, Nordea, Rabobank, Toshiba, St. Jude Medical, 3M, Philips, Commonwealth Microfinance Limited, American Medical Systems, Deutsche Telekom, Bertelsmann, Hutchinson Technology, Microsoft, Mundipharma, Rexam, Wrigley, GfK, Futuredontics, Telenor, Vodafone, World Economic Forum, and the US and UK governments, among others. He serves as an Independent Director on the board of Laurus Labs Limited, a publicly listed pharmaceutical company.

Chandy received his PhD in 1996 from the University of Southern California. In 2018, he was elected a Fellow of the British Academy. Dr Stephanie Chen conducts research on the psychological processes that underlie decision making, reasoning, and consumer behaviour. Her research has appeared in top journals such as Psychological Science and Journal of Experimental Psychology: General.

Her prior experience includes working as a consultant at ZS Associates where she helped clients with a wide range of sales and marketing issues. David Faro received his PhD in Marketing and Behavioural Science at the University of Chicago. He joined London Business School in 2006. Dr Faro’s research examines consumer and managerial decision-making. He is particularly interested in how to help consumers make better financial and health decisions. He also does research on the psychology of time perception and prosocial behaviour. Dr Faro co-directs two executive-education programmes at the London Business School: Strategic Branding and Decision-Making Strategies for Leaders. He also teaches the course Behavioural Economics and Decision-Making for degree programmes. Before joining academia, Dr Faro worked in household appliance firms in Turkey and Greece. He speaks English, Turkish and Hebrew. 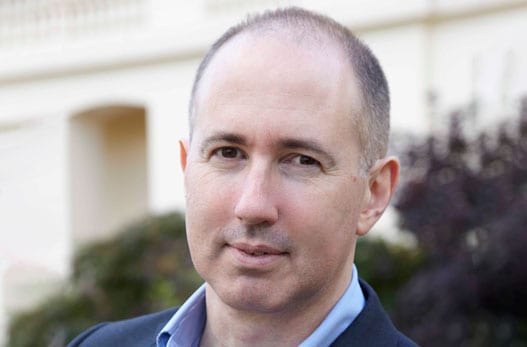 He develops models that attempt to incorporate the cross-functional aspects of firms’ marketing management decisions and teaches the Pricing Strategy and Tactics elective on the MBA and Executive programmes.

Before becoming a Professor of Marketing at London Business School, he was the Barbara and Meyer Feldberg Associate Professor of Business at Columbia University (2002-2012). 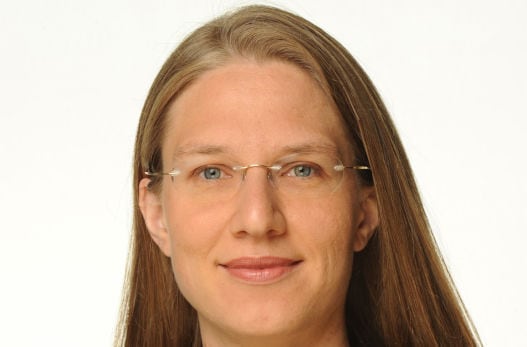 Professor Anja Lambrecht’s research focuses on digital marketing, with a particular emphasis on online targeting and advertising as well as promotion and pricing. She has examined how firms can use retargeting to reach out to consumers and how firms can advertise on Twitter to early trend propagators. Her work on digital pricing has examined, among others, freemium pricing for online content sites and mobile apps. Her current work further focuses on how spillovers between different economic actors in digital markets can lead to apparent algorithmic bias.


Before joining London Business School, she was a Visiting Assistant Professor at the UCLA Anderson School of Management and a Visiting Scholar at Stanford Graduate School of Business. Prior to her academic life, Anja Lambrecht worked as consultant at McKinsey & Company in Frankfurt. Anja has a Ph.D. from Goethe University, Frankfurt. She also holds a Diplom-Kauffrau from Goethe University, Frankfurt and a Maîtrise des Sciences de Gestion from Université Paris-Dauphine, Paris. 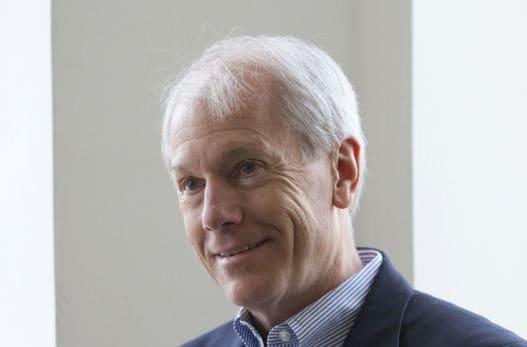 An award-winning teacher and scholar and one of the world’s foremost thought leaders in entrepreneurship, John brings to his teaching and research 20 years of executive experience in high-growth retailing firms, including two ventures he founded and one he took public.

Since becoming an entrepreneurship professor in 1992, John has published five books, dozens of cases and more than 50 articles in a variety of outlets, including Harvard Business Review, MIT Sloan Management Review, and The Wall Street Journal. His research has won national and international awards from the Marketing Science Institute, the American Marketing Association, and the Richard D Irwin Foundation. He is a frequent and sought-after speaker and educator for audiences in entrepreneurship and venture capital.

John’s first trade book, The New Business Road Test: What Entrepreneurs and Investors Should Do Before Launching a Lean Start-up (now in its 5th edition, FT Publishing 2017), has become the definitive work on the assessment and shaping of entrepreneurial opportunities and is widely used by investors and entrepreneurs and in university courses worldwide.

His second book, the critically acclaimed Getting to Plan B: Breaking Through to a Better Business Model (Boston: Harvard Business Press 2009), co-authored with Randy Komisar, a partner at the esteemed venture capital firm Kleiner Perkins, was named to “Best Books of 2009” lists by BusinessWeek and INC Magazine.

John’s newest book, The Customer-Funded Business: Start, Finance or Grow Your Business with Your Customers’ Cash, (Jersey City, Wiley 2014), was named one of five “not-to-be-missed books” for 2014 by Fortune magazine. It challenges the widely held assumption that among an entrepreneur’s first and most important tasks is that of raising investment capital. Its materials provide the foundation for his MOOC on Coursera.org, How to Finance and Grow Your Startup - Without VC., with more than 70,000 participants enrolled to date.

John has done executive education on five continents for a variety of organisations both large and small, including the Young Presidents’ Organization, Endeavor, the Entrepreneurs’ Organization, Kenya Airways, Merck-Serono, 3M, the European and African Venture Capital Associations, and the IFC, among many others. He has served on the boards of fast-growing entrepreneurial companies in the United States, United Kingdom, Europe, and Asia.

Listen to John on the From Founder to CEO podcast. 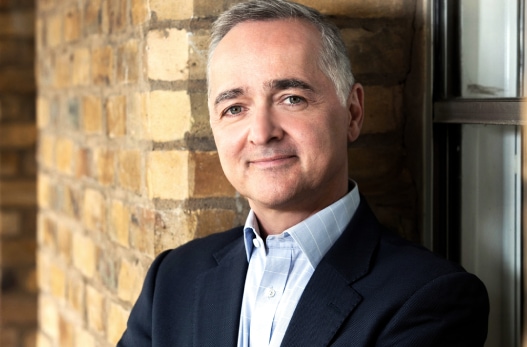 For the past 30 years, Nader has advised and taught executives from Internet and high-tech start-ups to over 30 Global Fortune 500 companies. He has been non-executive chairman of The Brand Inside – “inspiring brand-led change” – since 2006, and he is the UK Director of The CMO Survey © . 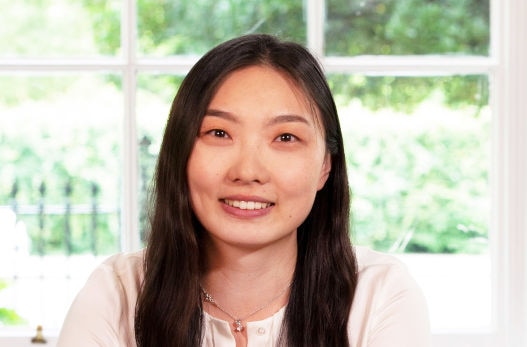 Xu Zhang explores the effects of marketing strategies in digital platform markets, including e-commerce, freelance, online travel, and healthcare. Specifically, her research focuses on how pricing strategies and advertising strategies affect market efficiency, business profits, and consumer welfare. Her work has been published in journals such as Marketing Science and the Journal of Economics & Management Strategy. She is an editorial board member of Marketing Science.

Xu collaborates with a variety of companies around the world for her research. She holds a Ph.D. in Business Economics from the University of Michigan. She teaches core marketing courses in the Master in Management (MiM) program and the PhD seminar on Empirical Marketing Models at LBS. She is the runner-up for LBS Best Teacher Award in MiM 2021. 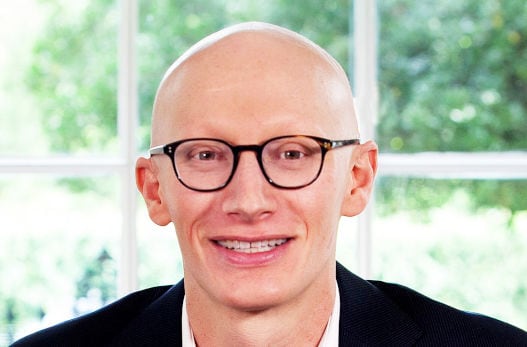 Before joining London Business School, Professor Berman completed his PhD at the Wharton School, University of Pennsylvania. His research has been published in top Marketing and Psychology journals including in Psychological Science, the Journal of Marketing Research, and the Journal of Consumer Research. 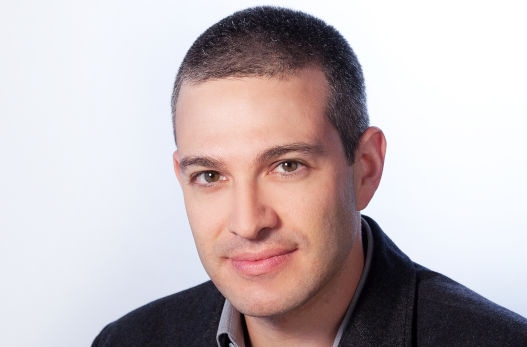 Prior to entering academia, Rob spent nine years as a management consultant with ZS Associates, working with over 30 client organisations on a wide range of sales and marketing management issues. 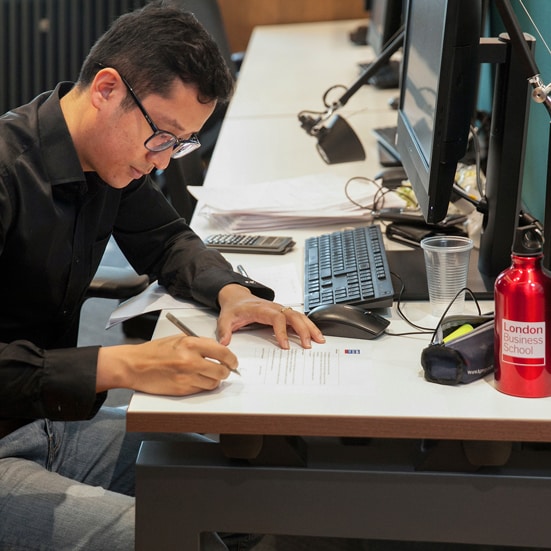 Discover more about our innovative and cutting-edge research projects. 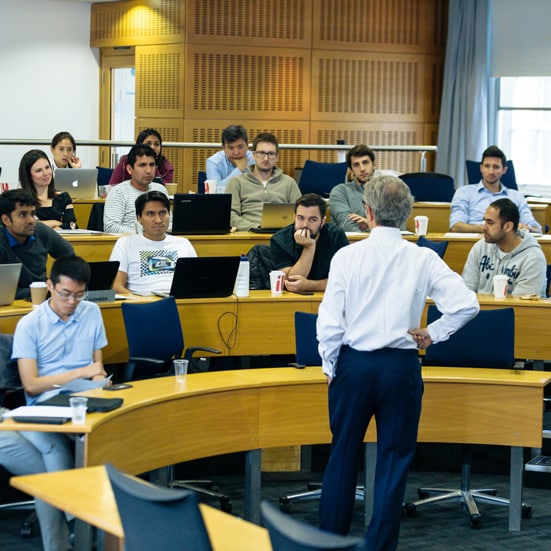 Join our faculty. Interested in joining our world-leading faculty as a research leader and lecturer?

Find out more about faculty recruitment

Marketing faculty teach on the following core courses and electives (as part of our Masters and PhD programmes) and the Executive Education courses listed below.

Take your Marketing expertise to the next level

How to harness the power of marketing for a better world

A sharper focus on the customer

Is your business missing the detail when it comes to understanding what people are buying from you and why?

Explore our exciting programme of events.