Why leaders invest so much in failing strategies

Once you’ve committed to a business strategy, it’s strangely easy to ignore the warning signs

British retailer Marks and Spencer (M&S) was a high-street king in the 1980s, with more than 500 stores, 13 million weekly shoppers and a £1 billion+ annual profit. But the clothing, homewares and food seller has struggled more recently, with plans to close 100 of its 300 outlets by 2022, leading to thousands of job losses.

What happened in two decades? M&S stuck rigidly to selling British-made garments as oversea competitors such as The Gap, Zara and Hennes & Mauritz (H&M) brought new fashions from around the world to the UK. The management also placed too much faith in its St Michaels brand – based on M&S founder Michael Marks – investing in print and TV adverts for new store openings rather than branding or new products.

Good advice from analysts to ramp up advertising and accept credit cards, as other high-street chains were doing, went ignored. Meanwhile, M&S continued buying most of its textiles from the UK while foreign competitors sourced theirs for cheaper from abroad. Between 1998 and 2001, the company’s pre-tax profits plummeted from £1.15 billion to £0.14 billion.

Executives often make the mistake of sticking with a failing strategy. Why, and how do they avoid this trap?

Every company strategy – whether good or bad – has dissenters. But in some organisations, objectors are either suppressed or they understand that any constructive feedback isn’t welcome

Ultimately, M&S suffered from an escalation of commitment – sticking with a once-successful strategy for too long. So how can companies avoid making a similar mistake when facing disruption? They must challenge mutually reinforcing biases that see people being influenced by a prior commitment to a particular course of action.

This happens for six reasons:

Understanding what drives people to push ahead with a project even if it’s failing is the first step to avoiding an escalation of commitment. The next is taking the following measures to prevent it happening.

Agree decision rules up front. That’s what a global TV production company did to help decide which of the shows pitched by its subsidiary companies to invest in. Once a TV series pilot was made, it would be shown to other production companies owned by the global group. The series would then be commissioned if some of those businesses decided to licence it for their domestic markets, or shelved due to a lack of interest. The decision was a collective one involving expert executives from subsidiaries around the globe rather than the parent company’s senior management.


2.  Establish the rules around voting

Majority rules is often how key decisions get made. But the rules for voting have to be agreed up front to avoid any confusion. Take three senior executives who are discussing whether to invest in their organisation’s existing technology or switch to something different. They agree that their decision will be based on the following criteria: whether the current tech will likely need substantial investment, and whether any new system is expected to make a significant improvement to the company over time. If they answer is yes to both, they will make the switch.

Executive number one believes the two conditions have been met, while numbers two and three think they have satisfied either the first or second but not both. The decision is based on how the executives’ opinions are aggregated, which sounds simple enough but can be misleading. Tallying by each executive will see them continuing to invest in existing technology because two out of three don’t believe both criteria have been met. However, when tallying by criterion, you have two votes for and one against, meaning the company should switch to the new tech.

Research shows that bosses look less favourably on underperforming employees than the managers that hired them. When buying a company, an entrepreneur tends to invest less in it than the person or people that established the venture

3.  Listen to the objectors 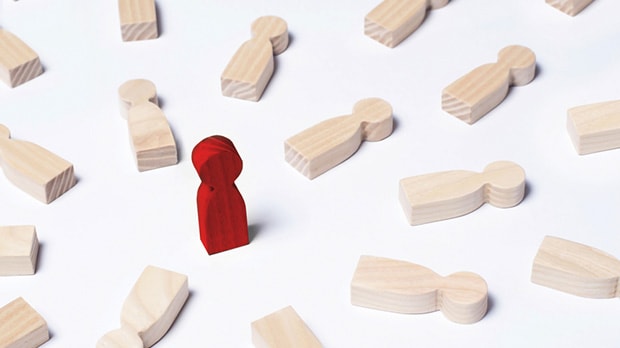 Every company strategy – whether good or bad – has dissenters. But in some organisations, objectors are either suppressed or they understand that any constructive feedback isn’t welcome. A dissenter often chooses to stay quiet after weighing up the short and long-term consequences of speaking out (being dismissed from the group or seeing the business fail).

An environment where people feel safe to air their views is necessary to avoid an escalation of commitment. It’s up to the leaders to create that culture through various means such as expressing their own concerns about the strategy, anonymous feedback or building diverse teams with subgroups to spark more innovation, creativity and alternative thinking.

Deploying larger teams also helps. Objectors working in small groups may be just one voice with minimal influence, even if they have the courage to speak up, because other members discount them for having a different view. To avoid this, CEOs should enlist 10–14 people when discussing the company’s long-term strategy.


4.  Throw alternatives into the mix

A study carried out by Shane Frederick, Professor of Marketing at Yale School of Management, reveals how different options can influence decision-making. For the study, published in 2009, two groups of people were told to imagine they had $14.99 (£11.50) to spend on a DVD featuring their favourite actor and genre.

The first group had two options: buy the film – which 75% chose – or don’t buy it. The second group had a slightly different decision to make: buy the film, or choose not to and then spend the $14.99 on something else. Only 55% people in group 2 said they would buy the DVD. Reframing the options so the second group had an alternative choice to make led to a shift in their decision-making.

Frederick’s research suggests that framing questions so they include possible alternatives can deter people from choosing a course of action driven by an escalation of commitment. Talking about different strategic approaches isn’t enough; leaders need to provide a few options to reach a decision that isn’t influenced by reinforcing biases.

In banking, a clerk who approves a client loan will often escalate that commitment by granting further loans – even if the borrower is expected to default. The same principle applies to a leader who initiates a course of action. That person will likely keep investing in a project even if it’s close to failing. To reduce the chances of escalation, responsibility for a change in strategy should go to someone who didn’t propose or initiate the plan.

Research shows that bosses look less favourably on underperforming employees than the managers that hired them. When buying a company, an entrepreneur tends to invest less in it than the person or people that established the venture. Make sure whoever comes up with your organisation’s latest strategy isn’t involved in executing it.

Regret in business comes from thinking, ‘If only we’d taken a different path’. Getting managers to anticipate this feeling is a good way to prevent them from sticking rigidly to a failing strategy

6.  Emphasise how it feels to be regretful 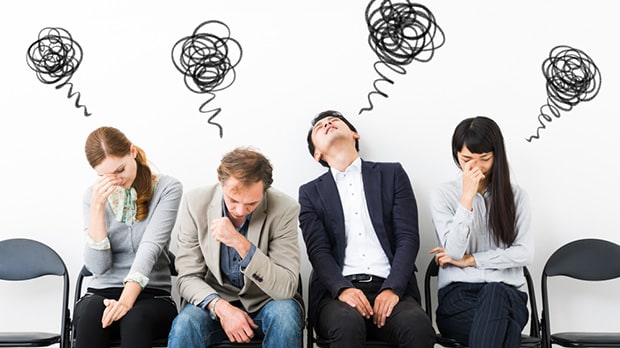 Regret in business comes from thinking, ‘If only we’d taken a different path’. Getting managers to anticipate this feeling is a good way to prevent them from sticking rigidly to a failing strategy. You can do this by encouraging people to consider what might go wrong with the current strategy, or introduce them to the idea of ‘prospective hindsight’.

The first approach involves asking managers to imagine the future, which is a flawed exercise as social psychology research tells us that most people are overoptimistic about what lies ahead. They also overinflate their own ability to affect outcomes, which is the illusion of control. The second approach tends to be more effective: rather than telling someone to imagine why a strategy might fail, you’re asking them to use prospective hindsight by thinking of a scenario and working backwards.


J. Edward Russo, S.C. Johnson, Family Professor of Management at Cornell University, ran several experiments with colleagues to get their perspectives on a hypothetical business situation. Some (group 1) were told that a particular strategy had failed and asked to think about the reasons why. Others (group 2) were encouraged to apply prospective hindsight to a course of action where, for example, the imaginary business strategy they had worked on failed to deliver results. Russo found that group 2 came up with 25% more ways that the strategy could falter, giving reasons that were more specific and relevant to the scenario.

Spotting an escalation of commitment is tricky, which is why things go wrong before executives really see what’s happening. Once invested in a course of action, they ignore the signs even when their company is on the verge of collapse. Prevention is possible, providing managers across the organisation are encouraged through the right processes and practices to consider different strategies and adopt a more objective approach to decision-making.

Translate your strategy into tangible results by developing a complete toolkit for successful execution, while also building long-term resilience across your organisation.