Donal Crilly
Sustainability
Save to my profile 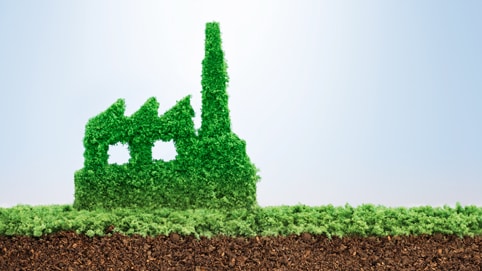 Of all the business buzz-words of the moment, “sustainability” must rank as one of the most frequently used.

It is also, our study finds, one of the most frequently abused. Put another way, there are rather more corporate commitments to sustainability than there are fully implemented sustainability policies.


Many corporations proclaim their fidelity to sustainability policies and then do nothing to alter their business practices. One may have assumed that in the information-heavy, data-saturated modern world, it would be easy for stakeholders such as the companies’ shareholders, to spot such corporate flim-flam some way off.


But this does not seem to be the case, not least because those firms that keep their sustainability commitments by implementing the necessary policies – businesses that we call in our study the “implementers” – use very similar language in their corporate literature, such as annual reports, to that employed by those that unhitch themselves from their sustainability commitment, those referred to in our study as “de-couplers”.


This makes it harder for any other than specialist stakeholders, such as environmental activists, to sift the implementers from the de-couplers.


Mention of “cognitive linguistics” at this stage may prompt a rush for the exits, but there is no need to fear an outbreak of academic jargon or impenetrable theorising. Cognitive linguistics is a sub-discipline of linguistics proper and is concerned with the relationship between linguistics and the mind. Our study makes use of its insights to help figure out how companies get away with de-coupling from their sustainability commitments and how stakeholders can better spot when this is happening and hold them to account.

We mentioned earlier that the truth-tellers – the implementers – and the de-couplers use very similar language. However that needs to be qualified. They use very similar content in their publications, but this is one of those areas in which the thing to look out for is not content but style.


Cognitive linguistics stresses that grammar – how people express themselves rather than what they actually say – is key to understanding what it is that speakers, in this case business corporations, are trying to state, as well as what they are trying to conceal.


Thus choice of pronouns is important. To use “we” in a corporate communication, for example, suggests a community of interest in which the stakeholder and the company concerned are “on the same team”.
Verbs, their moods and tenses, are also deserving of scrutiny. Thus the past tense suggests a finished action, whereas the future tense raises the prospect that the action or actions in question may not have been started, let alone finished.


Similarly, the indicative mood suggests something clear cut and accomplished, whereas the subjunctive mood encompasses conditionality and intention rather than achievement.

Perhaps above all conjunctions are at the heart of a proper understanding of corporate communication in this area, with pride of place going to “and”.


Deceptive communications, those in which de-coupler companies are being more liberal with the truth, use “and” a great deal to create sweeping, holistic statements. They don’t qualify what they are saying, being fond of statements such as: “We will do well for shareholders and for the planet.”


An implementer company may be more nuanced, acknowledging conflicts rather than, as in the previous example, trying to ignore them. Thus they may say: “We will protect our shareholders’ interests, but not at the cost of the environment.”


The implementers, the truth-tellers, are more contextualised. They use more exclusive conjunctions. In place of the “and” used to bolt together sweeping declarations, they prefer the likes of if, that, not, never. This shows a more developed understanding.


Implementer firms are more likely to use precise, qualified language in describing their sustainability policies and strategies, which makes clear what is and is not included in such activity. This contrasts with the vague and broad brush approach favoured by the de-couplers.


A proper understanding of corporate communications, then, starts with a focus on these smaller words such as conjunctions. They are known technically as “remainders”. As the name suggests, they tend to be discarded, although linguistic analysis suggests they do much of the heavy lifting.


An abundance of “ands”, a fondness for the second-person singular (“we”, rather than the more formal “your company” to implicate the stakeholder in what is being said), extensive employment of the future tense (the linguistic equivalent of kicking the can down the road in terms of avoiding giving an account of actual sustainability policies) and reliance on the subjunctive mood (“were we to…”) to give the impression of imminent action - all these are danger signals.


They suggest that the company concerned is not only talking rather than acting but that it intends to continue to do so.

Along with exaggeration and grand claims, a further red flag is an excess of certainty in corporate communications. To put it kindly, a categorical position may betray an unsophisticated understanding.
The question arises as to why companies de-couple from their sustainability commitments in the first place. Would it not be easier either to keep their pledges or simply never to have made them?


It is important to remember that the people and businesses using this sort of language may not be being deliberately deceptive. It could be they have made promises they cannot keep, or they may be trying to fulfil these pledges and be out of their depth. Our main focus of interest is not the de-coupler firms themselves but the perhaps surprising fact that external stakeholders such as shareholders rarely provide the prompt needed to make company meet its commitments – more often than not the demand for change in this area comes from within the firm.


As we have seen, the similarity in terms of the content of corporate communications helps to mask the difference between the implementer firms and the de-couplers. Thus a generalist stakeholder, such as a fund manager, may face an overload of information and be unable to sift corporate communications in such a way as to bring to light deceptive linguistic structures.


A more specialised stakeholder, such as a non-governmental organisation, may be thought better equipped in this area but if it is involved in a broad range of interests – for example, the Ford Foundation covers human rights, economic development and education – then it may end up relying on the company’s own publications in forming a view.


Best equipped are the single-issue stakeholders, in this case those with expertise in the field of sustainable business practices. In reality, those with an interest in sifting the de-couplers from the implementers are going to have to seek out these better-informed stakeholders. This is not always easy, as they do rarely have the loudest voices.


Beyond that, all stakeholders need to be more intelligent in how we analyse firms’ communications, stressing style, not content.