Ioannis Ioannou
Brexit Politics Sustainability
Save to my profile

Environmental issues have been notably absent from the Brexit debate. LBS’s Ioannis Ioannou says government and businesses must tackle them head-on to ensure the UK remains competitive 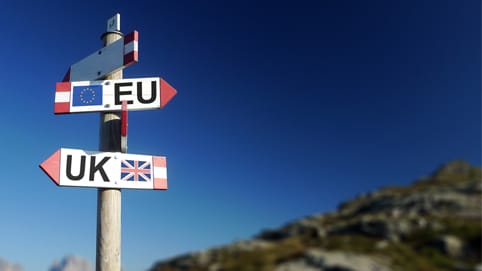 It’s a remarkable cause for concern that sustainability has been completely absent from all the Brexit discussions to date – publicly, at least. Yet environmental regulation isn’t a side issue. It affects the future competitiveness of the UK and the wellbeing of everyone living here. Research shows that companies with a higher commitment to sustainability outperform those with a lower commitment.


Issues such as climate change aren’t country-specific – we may be leaving the EU but we’re not leaving the European continent. The problems and challenges we face don’t respect national borders.

The government is faced with the onerous task of translating an estimated 1,100 EU environmental laws and regulations into British ones. Some of these relate to environmental issues such as habitats, air and water quality and recycling. Others have to do with product standards in engineering, construction and housing. Environmental regulation is intrinsically linked to industrial policy, as British Prime Minister Theresa May recognised when she dismantled the climate change department to make it part of the industrial strategy department.

The problem is that once Brexit is finalised, we aren’t obliged to meet the EU’s environmental targets or share its long-term vision. Even if we have the same laws, there will be no way of enforcing them. An independent government agency will be useful but it will be subject to the UK political cycle. Look at the Environmental Protection Agency in the US – President Donald Trump, a climate change denier, is practically shutting it down.


The danger of short-termism


The main impact for industry is how investors respond to uncertainty. Perception is reality – even looking more risky can affect investments, and this presents companies with new risks and new unknowns. If companies relax their standards (facing no penalties for doing so) this could mean they can’t access socially responsible funds that are available in the European continent.


My concern is that lobbying and a short-term orientation could mean UK competitiveness is used as an excuse to dilute some of those laws as they get translated into domestic law. In the event of an economic slowdown it would be easy for a future government to say, “We’re focusing on the economics of getting us out of recession and the environment is secondary.”

Crucially, the government needs to avoid short-term myopia and take a long-term view of competitiveness. President Trump’s policy will be disastrous for the competitiveness of the US in the long run, given that the rest of the world is moving to solar and renewables and low-carbon. Let’s not follow that lead. Let’s instead follow the example of China, which is leading the way on this. China is going to implement the globe’s largest carbon trading scheme and it’s already by far the largest investor in renewables in the world.

The cost of renewable energy is rapidly decreasing: some people would say this is creating conditions that are irreversible. No matter how much President Trump supports coal, there is no way it can become more efficient than renewables, given that renewables are becoming an increasingly efficient source of energy. So the global trend is going to help us move in a positive direction. But a future fossil-fuel-friendly government could theoretically impede this progress if it relaxed standards in return for political support.


Businesses have a part to play


Environmental requirements should be core to the trade deal that we’re going to sign with the EU. The EU is incredibly progressive when it comes to the environment, with one of the fastest-growing areas for social investments. Let’s not get left behind.

Businesses have an active part to play in protecting our future – both economically and in terms of quality of life – because they can push the government in the right direction. What else can businesses do, both to mitigate the uncertainty for investors and to keep the environment top of mind for the benefit of everyone in the UK and beyond? I have five suggestions.

1. Companies should keep up the pressure on the government to provide clarity in terms of a very specific and clear plan on how it’s going to move existing legislation into domestic law and how it will be enforced.

2. Corporate vigilance will be important in order to protect the UK environment. Companies should seek opportunities to provide input for the new laws and regulations while making it clear what product standard they’ll need to meet. Energy-efficient vehicle standards, for example, will have to be at least as high as EU standards or we simply won’t be able to trade with EU countries.

3. Multinationals especially can inform the government about what will happen to the UK in the long term if environmental standards are relaxed. It’s very powerful when you hear leaders from the corporate world articulating the facts about what we need to do to ensure we remain competitive beyond the short term.

4. Companies should stay networked and remain part of the conversation. To stay in the game, businesses need to build on the relationships and alliances that they already have with firms that will remain in the EU. It’s their one way to remain relevant. We’re an island, we’re going to face climate change and we can’t do it alone.

5. Firms should lobby government to replace any EU funds they were receiving for research and development and innovation projects such as new green technologies. It will be costly, but not as costly as the alternative.


Sustainability should be recognised as a core issue


Consistency and certainty are what allow businesses to flourish and make the right investments in the right timeframe. We’ve seen multibillion projects cancelled for the lack of a structured, well thought-through strategy of how to withdraw subsidies in order to make these renewables competitive in the short term. Unexpected surprises and sudden changes of direction are bad policy and they lead to economic problems.

Businesses will still have incentives when it comes to product standards because the EU will remain a major trade partner. So if British companies want to keep trading with the EU then we’ll have to keep in step. So what’s the best-case scenario? Not being part of the EU might mean we gain flexibility and the chance to customise laws to suit us better and potentially cut red tape. That could potentially mean some efficiencies.

We must put sustainability at the core of the Brexit discussion and negotiations. Why? Because it’s only the low-carbon sustainable economies that will be the competitive economies of tomorrow. Those are the economies that can sustain new green job creation, more sustainable incomes for people and a better quality of life for UK residents.

Associate Professor of Strategy and Entrepreneurship

Best of luck with your own work!

A colleague from another university once came to run a course on these matters at LBS. She is very good. After about 15 minutes, a student raised his hand: 'Excuse me, is this being assessed in the final exam'. 'Not directly', she said. With an apologetic look on his face, like, 'it's not you personally', he got up and left. Followed by the rest of the class. True story from about 15 years ago. Have things changed much yet at LBS?

Trying to learn the system! This subject is huge for business and - while welcome and directionally correct - there is much scope for the School to play an important role here. The level of change required for adequate responses to the Paris Agreement targets and to climate scenarios are well beyond what I see being discussed by people currently active at the school. The multi-level perspective of Frank Geels provides a framework that is entirely relevant to the School's core subjects, but this explains very well how society is so locked into inadequate responses but I do not see serious analysis anywhere as to how change of sufficient scope can occur. The school - perhaps you! - surely has much to offer here, but it's a question of seeing this as the high-level strategic question it is, not as a tack-on CSR-type of subject.

Trying to learn the system! This subject is huge for business and - while welcome and directionally correct - there is much scope for the School to play an important role here. The level of change required for adequate responses to the Paris Agreement targets and to climate scenarios are well beyond what I see being discussed by people currently active at the school. The multi-level perspective of Frank Geels provides a framework that is entirely relevant to the School's core subjects, but this explains very well how society is so locked into inadequate responses but I do not see serious analysis anywhere as to how change of sufficient scope can occur. The school - perhaps you! - surely has much to offer here, but it's a question of seeing this as the high-level strategic question it is, not as a tack-on CSR-type of subject.

Sorry - expected to be able to continue ...