Differences in opinion on the content and process of developing strategy are passionately argued, says Costas Markides. Yet these ...

Costas Markides
Strategy and entrepreneurship Strategy development
Save to my profile
Differences in opinion on the content and process of developing strategy are passionately argued, says Costas Markides. Yet these debates are mostly little more than academic. 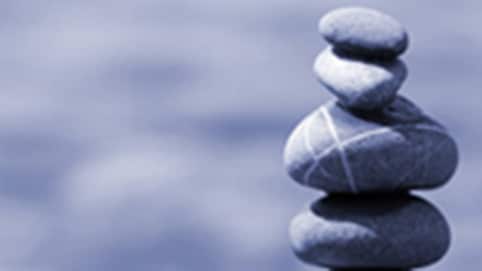 What issues should senior executives consider in thinking about a new strategy and how should they think about them? Despite the apparent simplicity of this question, it is one of the most controversial in the field of management. People seem to disagree about almost everything contained in this question: about what issues are relevant; about the process that a manager should go through to develop strategy; and about the actual physical output that should emerge at the end of a strategy process. Sometimes, they even disagree as to whether we can actually “think” about strategy at all.

As with most academic debates, when one probes below the surface, the apparently divergent points of view are in fact amazingly similar. And even when views are not so similar, it does not mean that one is superior to another. Further analysis reveals that rather than depend on one perspective at the expense of all others, good strategies encompass elements from all the different perspectives and points of view. Yet, the academic debates continue to rage on like uncontrolled forest fires, spreading confusion among both academics and managers. In this article, I identify the three main areas of “controversy” and discuss how strategy must achieve a fine balance between these “different” points of view. The three main areas of controversy are:

There is general agreement that every company needs a strategy – either explicit or implicit. Yet, there is surprisingly little agreement as to what strategy really is. Within both business and academic circles, it is not easy to identify two people who share the same definition of strategy. For example, consider the numerous ways that academics have defined strategy over the years: as positioning the company in its industry environment; as a collection of a few simple rules; as hustle; as stretch and leverage; as the embodiment of a company’s values and so on. Add to these the plethora of other possible definitions currently making the rounds (definitions that might include such “hot” concepts as strategic intent, vision, core competences, breaking the rules, learning, systems thinking and so on) and you begin to understand why even The Economist has claimed that “nobody really knows what strategy is.”

Similar confusion and disagreements also exist on the process by which good strategies are developed. According to Gary Hamel, we are all experts after the fact in identifying companies with superior strategies but we have little to say on how these superior strategies were created in the first place or how other companies could develop similarly innovative strategies. Along similar lines, the big debate that ensued following the publication of Michael Porter’s 1996 Harvard Business Review article: “What is Strategy?” was whether a company can choose its strategy through a rational thinking process or whether the strategy really “emerges” through a process of experimentation.