Product Failure is a Moment of Truth

The decision by Toyota to recall 3.4 million cars due to a fault with an airbag is once again firing up the social media world.

Nirmalya Kumar and Nader Tavassoli
Business management and operation
Save to my profile
The decision by Toyota to recall 3.4 million cars due to a fault with an airbag is once again firing up the social media world. 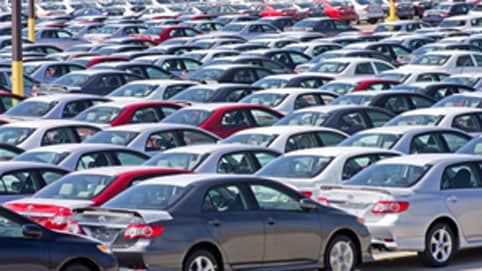 Today’s news is compounded by the fact that globally, Honda is recalling 1.13 million cars, Nissan almost 500,000 and Mazda 45,000. The internet has added a new layer of visibility, speed and culpability to mass product failures and ensuing product recalls. You could say that social media can make or break a company in crisis.

Companies need to realise that such crises are about more than simply minimising legal liabilities. The challenge is not to allow a product recall to threaten the entire brand or company. Research indicates that negative news is devastating; on average, the media impact of negative news has quadruple weight when compared with positive news. Intel’s 1994 Pentium microprocessor recall allegedly cost $500m alone. Coca-Cola posted a 21 per cent drop in income linked to its European contamination scare and recall of 17m cases of Coca-Cola from five countries in 1999. Firestone’s Ford-related tyre recall is estimated since 2001 to have wiped out more than half its parent Bridgestone’s profits and dragged down the share prices of both companies. But product recalls need not turn into a brand crisis. They can even be an opportunity to build the brand, provided they are handled appropriately.

A mishandled public response can cause more damage than the problem it addresses in the first place. Remember, Bill Clinton or Three Mile Island? On the other hand, a well-managed corporate response, such as Tylenol’s handling of the terrorist capsule poisoning incident in the early 1980s, can leave the brand even stronger. Similarly, Lexus’s handling of a recall immediately after the launch of the brand in the USA generated tremendous customer goodwill and positive press for the new brand. Our research has identified “four Cs” of product recall management that should guide companies in troubled times: be candid, contrite, compassionate and committed.

Being candid implies addressing the problem openly and head on. Unfortunately, hope often trumps reality. Many companies wish their problems would stay under the radar screen, they stonewall the public, or even worse, issue outright denials. Exxon famously responded with “no comment” in wake of the Valdez oil spill. Merck went as far as instruct its sales force not to disclose information over the Vioxx crisis. Understandably, companies may feel threatened by a deluge of press inquiries, but speed and clarity of response is essential. The media may be converted into an ally, and internally, it is vital to maintain staff morale.

Being contrite starts with assuming responsibility. Johnson & Johnson immediately took responsibility over the tampering with Tylenol, even though it was hardly to blame. In contrast, Exxon confused the issue of taking responsibility with taking blame. The level of contrition expected by the public varies with whether the recall is an outcome of a malicious attack, accident, or an internal quality failure. Of course, culture matters here. After the Japan Airlines crash that claimed 520 lives in 1985, JAL’s chief executive publicly apologised and tendered his resignation. While, ultimately, it is important to ascertain where responsibility for the failure lies, the burning need of the moment is that the company is seen to take responsibility.

Being compassionate requires being personal. Press releases simply will not do. Johnson & Johnson managers were seen weeping on television cameras as they attended victims’ funerals. In contrast, Lawrence Rawl, Exxon’s chairman, waited two weeks after the oil spill to fly to Alaska. Sadly, all too often the only personal attention the affected receive is being ambushed by company lawyers and photographers.

Being committed requires a cross-functional response team with top management and should not be a public relations exercise. This team’s priority should be immediately to assess the source and potential impact of the crisis. Who was hurt? Does it require free servicing, partial recall or total recall? Once the program is announced, how will the company wholly commit itself to making the process as customer friendly and effective as possible? Obviously, preparation helps. A well prepared company goes beyond buying crisis insurance. It has mechanisms, people and policies to help avoid and manage crises. The brand also needs to consider how to get back on its feet. J&J introduced triple tamper-proof seals on its packaging, coupons and deep price cuts to win back the market, and seminars by its sales force to doctors. Goodwill still has to be converted into sales.

The product failure is a moment of truth. A poorly-managed response can unmask a brand promise as a hollow boast. But a well-managed product recall converts the crisis into a chance to demonstrate a company’s regard for its customers. Business as usual rarely offers such opportunities.

It’ll be interesting to see whether these Japanese car firms will seize the opportunity or crack under pressure.