Is there a way to make capitalism fairer?

Matt Munday
Economics Society Disruption
Save to my profile

The Covid-19 pandemic has been a unique and severe test of global capitalism. It has claimed more than two million lives and wreaked havoc on the world economy. Now the vaccine rollout is underway, but the outlook for how soon life will return to normal still varies hugely from country to country and from continent to continent. So, as we begin tentatively to rebuild, it is more pertinent than ever to ask how capitalism could be made to work more fairly.

Few people are better placed to address this urgent question than the MIT professors and Nobel prizewinning economists Abhijit Banerjee and Esther Duflo. Their 2019 book, Good Economics for Hard Times, was an exploration of some of humanity’s most pressing problems, from climate change to mass migration, in order to reveal what is working in modern economics — and what isn’t.

Recently they joined Elias Papaioannou, Academic Co-Director of the Wheeler Institute for Business and Development, to discuss the impact of the pandemic — which happened after Good Economics came out, although as Papaioannou says, the book’s theme “couldn’t be more topical”. This fascinating discussion is the institute’s third flagship event on rethinking capitalism.

Given Professor Duflo and Professor Banerjee’s expertise in poverty alleviation, particularly in developing countries, they are encouraged by Papaioannou to begin with an overview of the current state of the world economy with particular focus on the hardest-hit countries.

“In terms of Covid, interestingly, the death rates are significantly lower in low-income countries than in the West,” Professor Banerjee says. “I don’t think anybody has any idea why, though of course there are hypotheses such as younger populations [being more resistant]. But given those lower death rates, the economic response in countries such as India, where the economy was completely shut down, was in retrospect probably an overreaction. India’s GDP fell quarter on quarter by 24 per cent, a number that’s almost unthinkable.”

Of course, there have been lockdowns all around the world — but their impact has not been the same. Rich western countries have been able to borrow to shore up their economies by furloughing large sections of the workforce, for example. In poorer countries there has been nothing to protect businesses and livelihoods from the abyss. But although poverty is now rising faster in countries that were already poor, the key question is how fast can they recover? Or as Professor Banerjee puts it, how “sticky” will this dip in poverty be?

There is a note of cautious optimism here, Professor Papaioannou notes. A glass-half-full way of looking at the situation, that “although poverty has been going up it can quickly go back down again”. And there is a recent historical precedent: the relatively quick bounce-back after the 2008 financial crisis.

Professor Duflo agrees it is entirely possible to restart the economies of poorer countries, “but it will require action… there is a lot that can be done and should be done now”. She believes it will require a co-ordinated international response equivalent in scale and ambition to the Marshall Plan — the US aid programme to rebuild western Europe after the Second World War.

“One thing that was striking after the war was the quick rebound of economies that were profoundly affected,” she says. “Towns in Germany that were entirely levelled went back to where they would have been in a relatively short amount of time. One thing that made that possible was the Marshall Plan, which was the original investment to get the economy humming again.”

Professor Duflo and Professor Banerjee first called for a new Marshall Plan last May in response to the Covid crisis. It fell on deaf ears. “It was clear that rich countries were pretty obsessed by their own issues at the time, which were severe to be fair, and nobody was ready for that,” Professor Duflo says. “But now is the time to put this idea on the agenda.”

They have identified three priorities for a new Marshall Plan. The first is vaccination. “At the current pace of rollout, it is estimated that Africa would finish vaccinating its population in something like 80 years — that can’t be allowed to happen,” Professor Duflo says.

Even leaving aside the moral case for aid with the rollout, there is also an economic imperative: as long as populations remain unvaccinated opportunities exist for the virus to mutate into a resistant strain that could again shut down the world economy — an unprecedented disaster in the making.

“Corporates should see this as an opportunity to step forward and say ‘look, we’ll take care of the supply chain"

The second priority is the “economic pillar” — which Professor Duflo explains in terms of “what you can do now to help poor counties relaunch. We have to think about spending money on poor countries in the same way as we think about spending money on ourselves. In Europe and the US [the poor] are targeted via the unemployment system, or furlough. In developing countries it could be made simpler by a cash transfer on a universal basis.”

Professor Duflo and Professor Banerjee favour a universal rather than a means-tested cash rollout in developing countries because it would lessen the risk of corruption or gaming the system.

“We’re not suggesting giving everybody two thousand dollars a week,” Professor Banerjee says. “Even five dollars a week would be a lot in many countries. It would help people start producing and consuming again, so the economy can restart. And if rich countries stepped forward with a certain amount of money, they would barely notice it.” By this he means that rich countries could simply borrow a little more than they already are doing to buttress their economies to finance a cash rollout to the poor in the developing world.

It is vital to understand that “poor countries don’t have access to this borrowing,” Professor Duflo says. “If you’re Togo, there’s no way you can go onto the international markets to do it. So now is the time for rich countries to borrow on behalf of the poor countries — because the poor countries can’t do it. And we won’t have to finance them forever because at some point they will be able to go back to financing themselves.”

The third priority is innovation, or as Professor Duflo puts it: “getting the plumbing done correctly”. (A favoured metaphor — the cover of Good Economics for Hard Times featured a large adjustable spanner.) By this she means finding solutions to the immense logistical challenges the pandemic has created — “such as how do you vaccinate a billion people in India or deal with education when kids have been out of school for months” — then testing the solutions, finding rollout methods that work, and crucially, sharing all that knowledge with the countries that need it and helping them to implement the changes.

Currently the biggest barrier to this is not a lack of goodwill but of leadership. No international programme or organisation yet exists to co-ordinate it all. Individual countries have significant ventures that could provide templates — such as the UK’s Global Innovation Fund (GIF) or the US’s Development Innovation Ventures (DIV), both of which test and scale solutions to global development challenges on issues including poverty, health and education. “Effective planning,” Professor Duflo notes, “is most of the difference between success and failure — it’s not just about how much money there is.”

This is an area where corporations could help. “Amazon will deliver your package almost anywhere — why aren’t they stepping up to say they can send vaccines anywhere,” Professor Banerjee asks. “Corporates should see this as an opportunity to step forward and say ‘look, we’ll take care of the supply chain’.

If they were to demonstrate their commitment to global welfare, it would pay off for them in the long run, especially with all the political bile sloshing around against them at the moment.” But will they?

“Not opening schools is a straight tax on women”

Above all else, Professor Banerjee would urge countries to reopen schools. As well as the grim long-term implications of the “massive learning losses” suffered by children who have not been in school for a whole year, particularly in countries where Zoom classes are not available, there is another leviathan problem: “Not opening schools is a straight tax on women,” Professor Banerjee says. Globally the burden of childcare still falls mostly on women and without being able to send their children to school, their own educational and economic prospects are diminishing. “If I had to pick one thing to prioritise, it would be this — it is critical.”

It is clear we are at a pivotal moment in world history, where decisions taken – or not taken — now will reverberate far into the future. Is there, as Papaioannou asks, going to be a masterplan to get back to where we were before the pandemic — or could there be a bolder agenda in which the relationship between richer and emerging countries is reset?

One thing that would certainly help with the latter, says Professor Duflo, is that rich countries “should stop looking down at poor countries, but instead look at them as countries that happen to be poor. The way we think about it now is as charities that replace a part of what a country should be doing for itself — and that’s the wrong way to think about it. These countries have very competent people — but what they don’t have is the same capacity to deal with a crisis, or for investing in the infrastructure of designing policies. Our development policies should be along those two lines: that we will help whenever there is a big crisis or a need for help with financing innovation.”

All of this becomes even more critical in the face of another looming crisis — one that dwarfs even the current pandemic. “We need to completely rethink the role and responsibility of rich countries to the rest of the world in the context of climate change,” Professor Duflo warns. “It is mostly produced in rich countries — but its consequences are felt mostly in the poor countries. We need to rethink our solidarity. A new Marshall Plan would be a template for that.” 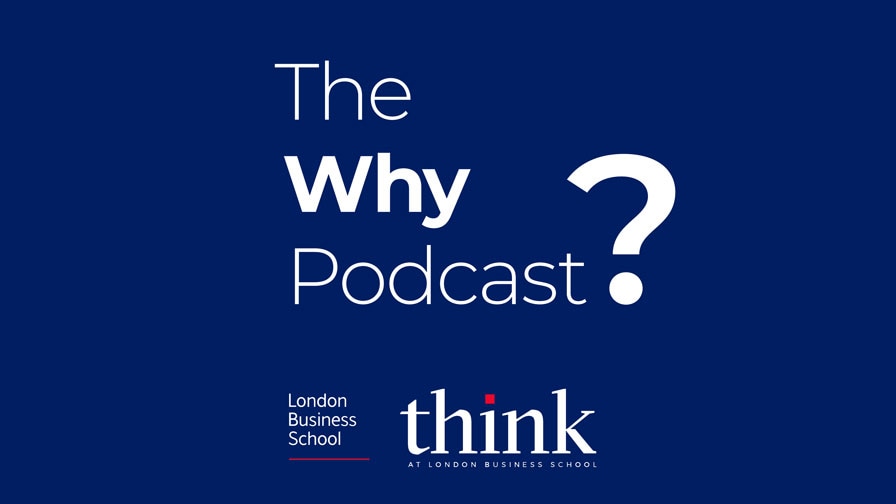 The new working world: what comes next?

Essential insights to help you navigate the new working world, brought to you by LBS faculty, alumni and our student community.