You think your industry is tough? Imagine customer preferences that can shift literally overnight, product lifecycles measured in weeks ...

You think your industry is tough? Imagine customer preferences that can shift literally overnight, product lifecycles measured in weeks, and the value of your product plummeting if you miss the latest trend. Welcome to the world of fast fashion. 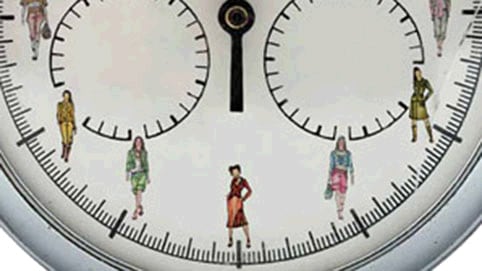 Donald Sull and Stefano Turconi examine how Zara, a leader in the industry, has pioneered an approach to navigate the volatility of fast fashion, offering lessons for any company facing rapidly changing markets.

Haute couture has always been a fairly staid affair. Big-name designers crafted clothing that sold for tens of thousands of euros. Astronomical prices served as the doormen to keep the masses out of the exclusive club of high fashion. Fashion houses introduced their collections twice a year, and a designer’s choices on the height of a hemline or colour of a skirt largely dictated what was “in” and what was “out” for the following six months.

How things have changed. In recent decades, retailers including Benetton, H&M, Topshop and Zara have revolutionized the fashion industry by following a strategy known as fast fashion, democratizing couture and bringing trendy, affordable items to the masses. Fast fashion describes the retail strategy of adapting merchandise assortments to current and emerging trends as quickly and effectively as possible. Fast fashion retailers have replaced the traditional designer-push model – in which a designer dictates what is “in” – with an opportunitypull approach, in which retailers respond to shifts in the market within just a few weeks, versus an industry average of six months.

While fast fashion is heaven for its target consumers, it can be hell for traditional retailers. Quickly shifting trends have slashed the shelf life of many garments from months to weeks, or even days. In the autumn of 2006, demand for a one-shouldered cocktail dress exploded, and retailers rushed to stock up on the hot item. A few weeks later, the same dress was passé and unsold stock filled the remainders racks. The message for traditional mass merchandisers and specialty clothing retailers is clear: they must refresh their inventory more frequently if they hope to capture the fast fashion crowd. A study by Bain & Co. estimated the industry average markdown ratio at approximately 50 per cent, and also found that fast fashion retailers sold only 15 per cent on sale. For retailers that get fast fashion right, however, the benefits can be enormous. Fast fashion chains have grown faster than the industry as a whole and seized market share from traditional rivals. In a challenging European retail climate, these companies are expanding their sales and profits over 20 per cent per year. Their share of the domestic apparel market (measured by sales value at retail) has grown from virtually nothing in the 1980s to over 20 per cent in Spain and 5–10 per cent in the United Kingdom, Germany and France. Fast fashion leaders typically earn higher profit margins than their oldguard competitors, averaging 16 per cent, versus 7 per cent for the typical specialty-apparel retailer.

Growth of an idea

In 1965, Giuliana Benetton, who designed and produced woollen sweaters, partnered with her brother, Luciano, a textile wholesaler, to sell the colourful sweaters she designed. The Benettons initially sold their products through Italian department stores, but in 1968 opened their first store. Over the next decade, Benetton opened or franchised dozens more stores throughout Italy each year and expanded its product offering to include a wide range of fashion items and fabrics besides wool. To succeed on the international market, they learned to adapt the colours of their collections to local tastes. Benetton also priced its products below competitors of similar quality in order to target the mass market.

Like Benetton, Zara grew out of clothing production. The company, founded in 1963, featured low-priced look-alike products of popular, higher-end clothing fashions in addition to producing its own unique designs. In 1975, Zara’s founder, Amancio Ortega, opened the first Zara retail outlet to sell clothing stock in the short term and to more closely integrate production and distribution in the long term. Benetton and Zara both integrated clothing production with retailing in order to respond more quickly to shifting consumer preferences. Benetton combined its own production facilities with a complex network of contractors and subcontractors, many of which were owned by former Benetton employees. Managers could switch parts of the network on or off to respond nimbly to shifting demand for different garment styles. Benetton also moved the dyeing process to a much later stage in the operation so that clothing could be dyed in response to consumer demand for particular colours, and was therefore the first fashion apparel manufacturer of any scale that was able to change its product range during the fashion season to satisfy consumer trends.

Zara built a supply chain and production network that resembled Benetton’s, while adding some fresh enhancements of its own. Zara maintained in-house only the capital-intensive, yet complicated, operations (like computer-guided fabric cutting); meanwhile, it outsourced the labour-intensive operations (such as garment sewing) to a network of local subcontractors, many of which were organised as seamstress cooperatives in Galicia. By shifting more production to subcontractors, the company was able to respond quickly when items sold better than expected and also to cut off production when demand for particular items fell.