The former CEO of Tata Group on leadership and company culture 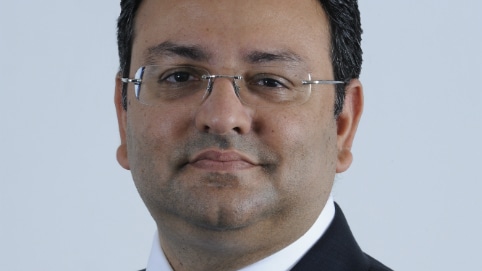 Self-awareness is essential for leaders, Cyrus Mistry told a London Business School (LBS) audience. “It’s extremely important to develop insight about yourself, from introspection and from listening to people around you – and to stay true to yourself.

“The ability to learn and transform is more important than ever in this fast-changing world. You have to reinvent yourself, so having a deeper understanding of what makes you tick and what makes you successful is essential. The challenge is continuous self-improvement.”

Mistry was Tata Group’s sixth chairman, serving from 2012 to 2016 before being controversially ousted in a boardroom coup. “It’s been a rollercoaster,” he said.

He spoke about having been on a fixed path since joining his family’s business, the construction company Shapoorji Pallonji Group, when he was 19. Together with his brother Shapoor Mistry, he grew the company’s revenues from $20 million (£14.2 million) to $2 billion (£1.4 billion) in 2011-12. Now, at the age of 49 and post-Tata, he is starting a new chapter – which brings “a combination of excitement and fear”.

Looking back over his experience at Tata, he said: “I’ve questioned what I might have done differently – would I have sacrificed my sense of self to stay in the role? No. There are learnings but at the end of the day, you have to go home and be comfortable with yourself. And I am. I know I did the right thing.”

Mistry was speaking at an event hosted by the Aditya Birla India Centre at LBS. He was introduced by Nirmalya Kumar, former professor of marketing at LBS, who worked with Mistry at Tata to set the company strategy.

Mistry graduated from the International Executive Masters Programme at LBS in 1996. He recalled being taught by the late, much-loved strategy professor Sumantra Ghoshal, who inspired the annual Sumantra Ghoshal Conference on Managerially Relevant Research. “He took one look at my deck of slides and tore it apart!” he said. “It was an unforgettable lesson in the difference between a business plan and a strategy.”

Echoing Professor Ghoshal’s views on how management sets the culture, Mistry said: “It’s leadership that sets the agenda and allows people to flourish. When you walk into a place you can smell what it’s all about.”
Mistry also talked about opportunities in India and some of the obstacles to realising them.

“How can we harness the entrepreneurial energy that is within India? How can we get more women into the workforce? Only 25% of women in India do paid work, compared to 75% in China. That has a huge impact on disposable income at a family level. So there are challenges which have to be dealt with, but the potential is there.”

On the urgent need for jobs for young people in India, Mistry said: “Employment generation depends on creating the right environment through education and with investors putting risk capital into the system. There has been a flurry of venturing activity and it is gaining traction but we have a long way to go.”

Tata Group is India’s largest conglomerate, with stakes in more than 100 independent companies.