As every fortune-teller knows, the trick with making predictions is to make them as non-specific as possible.

Julian Birkinshaw
Save to my profile 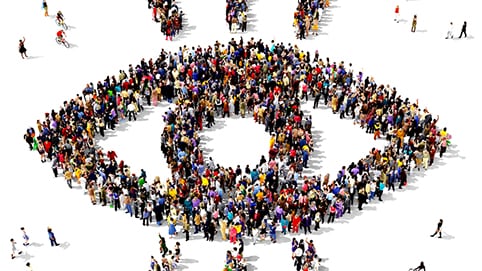 As every fortune-teller knows, the trick with making predictions is to make them as non-specific as possible. It is a mug’s game trying to anticipate which specific companies are going to be the winners and losers.

Who would have guessed that Volkswagen, Rolls Royce, Glencore and Standard Chartered Bank would each lose more than 40% of their market value during 2015?     Or that the best performers for the year would include Expedia, Starbucks and Smith & Wesson? But we are on solider ground if we move to the level of entire sectors or cross-sector themes.  So here goes – a few broad predictions for the economy, business and management in the year ahead.

The global economy will continue to limp along in 2016, with growth in some countries balancing out recession in others

The reasons for a slow economic recovery since the global financial crisis have been well documented, but there are also big political and social factors at work here.  The current threat of terrorism, worries about large-scale immigration, issues of cyber security and data privacy all provide fertile ground for right-wing parties to argue for protectionism, and for left-wing parties to push for greater government control, both of which hamper the free flow of goods, people and ideas around the world, holding back growth.   It is indeed possible that global economic integration has peaked, and we are heading back into a world of isolationism and protection of national interests.  But I am an optimist at heart. I expect the UK electorate will figure out by the time of the Brexit vote that abandoning the EU would be a dumb move, and that the xenophobic arguments of Donald Trump and Marine Le Pen will gradually lose ground.  The Paris Agreement on climate change shows that it is still possible for governments to put the common good first.


What will happen to the major sectors of the economy?

The resources sector, including oil, gas, metals and mining, has had to cope with almost unprecedented falls in commodity prices during 2015. These are both cause and consequence of economic stagnation. When Anglo American cuts its workforce by more than half, and is criticised for not doing enough, you know you are in dangerous territory. The knock-on effects for mining communities, for suppliers to these industries, and for investment in exploration and alternative sources of energy, will be huge during 2016.

The financial services sector has finally turned a corner

After a brutal seven years, post financial crisis, the world of banking has become decidedly less sexy. The only big growth area is in the risk and compliance functions (Citibank reportedly has 30,000 such people), and even top CEOs like John Cryan at Deutsche Bank are happy to go on record saying that bankers are paid too much.  For their part, the regulators seem to have eased off slightly, after countless cases of multi-billion dollar fines, deferred prosecution agreements, and criminal investigations.  And in Europe, governments and regulatory bodies have maybe figured out that if they want to retain any home-grown investment banks they need to back off; otherwise they will find the industry completely dominated by the big US firms. While the world of finance is never out of the news, 2016 will be marked by consolidation and retrenchment rather than further dramatic changes.

2015 was a year of monster deals (Pfizer-Allergan, ABI-SAB, Dell-EMC), and we can expect more of the same in 2016. Watch out for more acquisitions in the world of healthcare, and in the consumer products and technology sectors. Most of these will be consolidation plays – big companies coming together to squeeze costs and reduce competition– not ambitious growth strategies.

There are also exciting things happening in the technology sector

While the commercial implications of the Internet have become increasingly clear over the last fifteen years, we are only scratching the surface of how mobile computing will change our lives. In 2016 money will continue to pour into mobile gaming, video compression, live streaming fintech, edtech, and countless other smartphone-enabled offerings.  Much of that money will end up being wasted, of course, but that won’t stop the big players, start-ups and venture capitalists from placing their bets anyway.

What about the world of management: What are the big trends for 2016 that senior executives need to keep their eyes on?

The Big Data movement will continue to get a lot of attention. This is about harnessing the vast amounts of information you collect, whether it is new insights into customer behaviour or tracking components in your supply chain. There will be big advances here. But there will also be a backlash, because too much emphasis on information leads to analysis paralysis, sterile decision making, and a loss of competitive differentiation. So expect to see more talk about authenticity, decisiveness and emotional intelligence as well.

The nature of work will continue to evolve

Many companies are embracing contingent and flexible workforce models, and experimenting with less traditional types of office space. Old assumptions about firms are being challenged. Does a firm always have to put its shareholders’ interests above those of other stakeholders?  What is the difference between an employee and an independent contractor? (think Uber drivers). While there is a lot of inertia around these issues, we can expect to see further experimentation and change in the nature of work in 2016.

Finally, if you want to keep up with the latest management fads, here are three that will continue to grow dramatically in 2016: Design Thinking is a user-oriented, iterative approach to innovation; Scrum is a methodology for getting projects completed in super-quick time; Holacracy is a new bottom-up approach to organisation structure.  If you don’t know what these are, look them up online – you will find hundreds of articles about each one, and no shortage of consultancies offering to help you apply them in your own organisation.  But be careful: like all such fads before them, they provide a useful solution to a real problem when adopted with care, but they are susceptible to hype and misuse. Good management is about careful implementation and consistency, not jumping on the latest bandwagon.

As this article is written before Pfizer deal was cancelled and Panama leak. These two splashes followed by the resignation of Ireland head of State, Ukraine president resigning and brazil president standing in the queue for execution hints towards a society where economic activities are to be linked with the sovereignty and survival humanity not the interest of specific country any country allowing lesser compliance on the way money can be banked and stored with it is actually risking the existence of more than one country . Oil business is taking place in grey market the transactions are taking place between non state actors as a seller and state actors as a final buyer .and this not so legal transaction is taking place in USD. we can argue US is also one of the beneficiaries in this crime. It can actually check and track the movement of USD.But again this entire business is strangulating Russia and humbling down other Oil producing nations. US is silent also the burnt of this exercise is spilling towards EU as an illegal migrant. it would lead to further weakening of EU forces and Economies and US more formidable power on earth.

Thanks Julian for a brief analysis and predictions in store for 2016.

Design Thinking will gain more importance as it would assimilate buying process and consumers' lifestyle into companies value chains. So more of design thinking would gain prominence. Organisational structures would shrink in size and variety as machines will force merging of profiles.

Financial Services Sector has still not recovered, expect more jobs losses and shutting down of divisions at major banks.