What it takes: Anil Ohri

From theatre to boardroom: I put down the scalpel and picked up a spreadsheet. It wasn’t something I’d dreamed about. People say it’s a ...

From theatre to boardroom: I put down the scalpel and picked up a spreadsheet. It wasn’t something I’d dreamed about. People say it’s a great insurance policy — you can always be a doctor — but you can’t, really. People thought I was a bit mad, really, having done all the hard work and becoming a fully qualified medical professional. People never really understood what I was doing. I knew whatever career route I decided to go down I had to make it work. 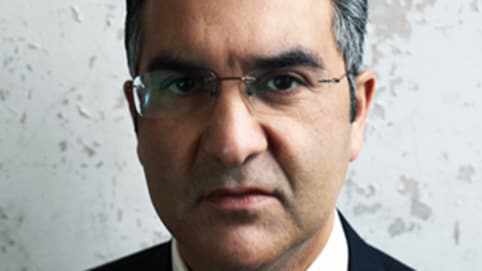 From theatre to boardroom: I put down the scalpel and picked up a spreadsheet. It wasn’t something I’d dreamed about. People say it’s a great insurance policy — you can always be a doctor — but you can’t, really. People thought I was a bit mad having done all the hard work becoming a fully qualified medic. People never really understood what I was doing. I knew whatever career route I decided to go down I had to make it work.

Bean counting: I had a small family and that was probably my biggest motivator. My second baby was actually born just as I started my MBA. I was taking a lot of personal and certainly financial risks. I didn't have two beans to rub together. I had to mortgage my house twice. I was literally playing credit card roulette for probably the first two or three years of my business. It was really a struggle and that was a key driver.

What it takes: You need to be determined, and you need a lot of hard work, passion and commitment. I think you need a certain amount of confidence as well.

Difficult beginning: It’s the proverbial entrepreneur’s dilemma. No one would give me a contract without me showing I had a cardiac catheterisation laboratory and I couldn’t get one without a contract. My epiphany was one day having a shower. I thought there must be spare capacity in the healthcare system and maybe I should look around the NHS. I was very fortunate to find the only spare cardiac catheter laboratory, which was sitting in the grounds of London’s Harefield Heart Hospital. I couldn’t believe my luck. These things are like Thunderbird; they arrive on the back of a trailer, plug into three-phase power and have hydraulic slide-outs creating an operating theatre for the cardiologist. I’d only ever seen machines like this in the first Gulf War provided by the US Army and they were CT or MRI scanners. We signed a contract after seven months of negotiating.

Jump starting: That’s where we got going. They only used the lab one day a week. I used it the other six days and started winning contracts and taking it to other NHS trusts. One of the other key driving factors was I knew that people were dying. Back in 2000 people were waiting 18 months for a basic diagnostic test, a coronary angiogram. My father waited 15 months for his test on the NHS and I felt this was wrong. In America, where I spent quite a bit of time looking at the industry, there’d be class action litigation if you waited more than two weeks. There’s a one per cent mortality rate for people who wait more than 12 months. The payoff curves are very clear, you wait and you die if you don’t have the operation.

Changing markets: From a business perspective, cardiology and cardiac services are very interesting because they have very high barriers to entry, there is a burgeoning demographic need and there’s only a very finite pool that can do these sorts of operations. I could see that a lot could be outsourced to private hospitals and private players. That’s pretty much what we’ve been doing now for the last seven to eight years, tackling NHS waiting list initiatives in partnership with cardiac centres.

A+: I entered into a rental agreement for the original laboratory and was cash-flow-positive after week one. After a year, I went out and started buying my own equipment and putting my own buildings together. The Americans are always five or ten years ahead of us. The same laboratories that were needed here were no longer wanted in America. So I got on a plane and started importing them. I would literally drive the labs to Virginia, put them on a ship and bring them across to Liverpool. They’re hugely valuable and very specialist buildings no one was making over here. I realised that if we could get the buildings over and then equip them with brand new equipment we had a very interesting proposition. GE, Siemens and Philips said to me you can’t do this, you cannot bring these things across from America, they just won’t work. And the more they said that the more I wanted to do it. To me it just seemed like the obvious thing to do.

Spontaneous combustion: I was making it up as I went along. I still owned 100 per cent of the company, so I had a lot of flexibility. I could truly think long-term.

Job satisfaction: I think I got very lucky. I can probably count on one hand the number of days I’ve woken up in recent years thinking I don’t want to go in to work. It’s been that enjoyable for me. I’m sitting in my office in Wimbledon, but you might find me with my work overalls on in one of my labs assisting in a procedure or talking to a CEO of a large NHS trust. You have to be so versatile. I think it’s that versatility that makes the job and my life so interesting.

Horses for courses: If I’m talking to medical professionals, I obviously play on the fact I’m one of them. If I’m talking to a bunch of financiers, again, I will probably tend to play the medical card more, because that seems to be the area in which they’re usually lacking in knowledge. I can also step out and talk business to doctors and healthcare to businessmen. Having a foot in both camps is definitely unusual. I was surprised how unusual it was. I thought there’d be a lot more people out there like me, but actually, there isn’t.

Persuasion: What’s helped me is definitely my ability to communicate and hopefully persuade people. Having the support of my wife and family was important for me. I was very clear with my own family that what I was about to do was going to mean that we’d have quite a few dark days, if not dark years, when first starting out, with no money. That was very useful and I’m still happily married. Times were very hard.

Aligning the stars: I was probably very naïve, looking back. My business segment was very complicated because there were so many things happening which weren’t in my control, particularly around politics. No matter how good the idea is, sometimes in life the stars just aren’t in alignment. So, timing is really important.

Splitting the atom: Entrepreneurship for me is similar to an atomic model. The nucleus is all the personal traits — the passion, the ambition, the confidence. Then you’ve got the inner electrons spinning around generating ideas. It’s all very well having the ideas and getting things started but you also need all the administrative skills that help make better ideas happen. I think that’s something that continues to be a challenge for me in terms of growing the organisation. The very outer electron shell is made up of the principles that help define the company — trying to treat all our patients, and the people we work with, with compassion, integrity and kindness. I’ve always tried to go out and say we want to provide a world-class cardiology service to all our patients because I think that’s really what they deserve. It’s something that we probably don’t see enough of in healthcare.