Sydney Finkelstein, Jo Whitehead, and Andrew Campbell studied decisions made around the world and researched those that were flawed at ...

Sydney Finkelstein , Jo Whitehead and Andrew Campbell
Leadership
Save to my profile

Sydney Finkelstein, Jo Whitehead, and Andrew Campbell studied decisions made around the world and researched those that were flawed at their inception. Their caveats for making decisions will help you to avoid some common errors. 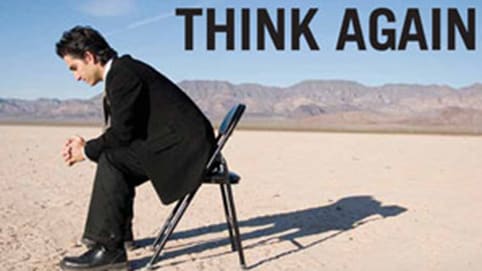 Decision making lies at the heart of our personal and professional lives. Every day we make decisions. Some are small, domestic and innocuous. Others are more important; decisions that affect peoples’ lives, livelihoods and well-being. Inevitably, we make mistakes along the way. We are only human – even when we are at work. Indeed, the daunting reality is that enormously important decisions made by intelligent, responsible people with the best information and intentions sometimes go wrong.

US President Kennedy is famous for his blunder over the Bay of Pigs; President Hoover failed to inflate the economy after the great crash of 1929. British Prime Minister Margaret Thatcher championed a “poll tax” that contributed to her being ousted by her own party. Paul Wolfowitz, the former US Deputy Secretary of Defence, was asked to resign as president of the World Bank because of a pay settlement related to his partner, who also worked at the bank.

And it’s not just politicians and public servants who get it badly wrong; business leaders, too, are prone to misjudgement. Juergen Schremp, CEO of Daimler Benz, led the merger of Chrysler and Daimler Benz against internal opposition. Nearly 10 years later, Daimler was forced to virtually give Chrysler away in a private equity deal. Kun-Hee Lee, CEO of Samsung, pushed his company into a disastrous investment in automobiles. As losses mounted, he was forced to sell the car division for a tenth of the billions he had invested. An Wang, founder of the electronics company Wang, insisted on a proprietary operating system for his company’s personal computer, even after it was clear that the IBM PC would become the industry standard. The company is now history. Richard Fuld refused to accept the consequences of the worsening credit crisis and consider a sale of Lehman until it was too late. When he was ready, there were no buyers to be found. And CEO Jerry Yang insisted that Yahoo was worth much more than the market, or Microsoft, believed it to be. In the end, his stubborn refusal to consider Microsoft’s overture to buy the company cost shareholders $30 billion and Jerry Yang his job.

Whether the decision is a personal one, as in the case of Wolfowitz, or of global importance, as in the case of the meltdown of the financial markets in 2008, mistakes happen. But why do good leaders make bad decisions? And how can we reduce the risk of it happening to us?