"General Motors' legacy as an automotive juggernaut may be in doubt; but there is no question that one of GM's early leaders, Alfred P...

Clarke V. Simmons
Leadership
Save to my profile

"General Motors' legacy as an automotive juggernaut may be in doubt; but there is no question that one of GM's early leaders, Alfred P. Sloan, has left an enduring mark on management science - and London Business School. Clarke Simmons reveals what still can be learned from Sloan. 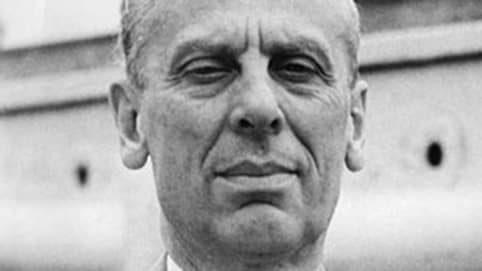 "Gentlemen, I take it we are all in complete agreement on the decision here." The assembled General Motors executives nodded their heads in  greement. "Then, I propose we postpone further discussion of this matter until the next meeting to give ourselves time to develop disagreement, and perhaps gain some understanding of what the decision is all about." Alfred Sloan thus closed a management committee meeting - and revealed something of his success as the fabled leader of GM from 1923-1956.

Born in 1875 to a coffee and tea merchant father, Alfred Pritchard Sloan, Jr., graduated from the Massachusetts Institute of Technology (MIT) in 1895. His Bachelor of Science degree was in the pioneering subject of electrical engineering. Tall and thin, Sloan was hard-working and totally dedicated to GM. Apparently without any vices or outside interests, always well dressed, he didn’t smoke, drank rarely, disliked parties, considered golf and fishing wastes of time, and read mainly corporate reports.

Seemingly disinterested in the great political and historic events of his day, Sloan only reacted when such events touched upon his beloved GM. Happily married for 58 years to his wife, Irene, they had no children. Unobtrusive, the couple lived quietly in an apartment on Manhattan’s Fifth Avenue, enjoyed high-society life and vacationed in Europe. He reportedly brought waxed paperwrapped sandwiches to work and occasionally took the underground to and from his New York City office. During a 70-year career between MIT and his death in 1966, Alfred Sloan built the modern GM and left behind a lasting legacy.