The seven deadly sins of management

What is it about bad bosses that we find so fascinating?

Business management and operation
Save to my profile
What is it about bad bosses that we find so fascinating? Perhaps, like every anti-hero, we find the bad manager a ripe target for criticism or, at least, extensive discussion. Julian Birkinshaw, however, says that bad bosses can change for the better. It all starts with knowing what needs changing. 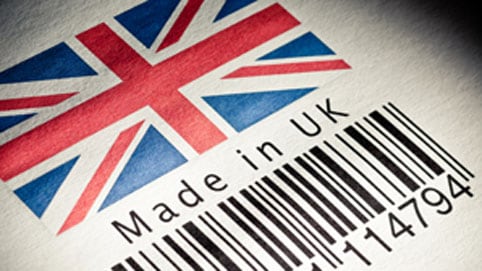 What is it about bad bosses that we find so fascinating? Perhaps, like every anti-hero, we find the bad manager a ripe target for criticism or, at least, extensive discussion.


Julian Birkinshaw, however, says that bad bosses can change for the better. It all starts with knowing what needs changing.

We all know bad managers — be they ambitious and aggressive, doing whatever it takes to move up the corporate ladder, or the opposite: managers thrust into their position without the skill or the will to do the job properly. I continue to be a little puzzled about why so many managers do such a poor job. We have known what ‘good management’ looks like for decades, and enormous sums have been spent on programmes to help managers manage better. And yet the problem endures: in a recent survey I conducted, less than a quarter of respondents would encourage others to work for their manager.

Perhaps the problem is that we’ve relied on the education of positive practices. We point to the things managers should be doing, which tends to get bogged down in platitudes. For example, when Google launched a big data-driven programme to identify what separated its top managers from the rest, it ended up with bromides such as ‘be a good coach’, ‘empower your team’ and ‘be a good communicator’. Such clichés are not very original, nor authentic.

So, let’s try the opposite approach — to focus on the bad behaviours we are trying to get rid of. Here is my stab at defining what bad management looks like, using those old favourites, the Seven Deadly Sins. I developed these ideas during seminars with executives in which we discussed their experiences of good and bad management. Of course, a bit of artistic licence is necessary here, to adapt words like ‘greed’ and ‘lust’ to corporate life; but, on the whole, I think this list works pretty well.

I have even put a little questionnaire together to help office workers rate their line manager. Does your boss succumb to only one or two of these sins? Or are they a seven-star sinner? I have also illustrated some of the sins with examples of famous Chief Executives, because these are stories we are all familiar with. But, of course, the sins apply at all management levels in the organisation — they are as relevant to the first-line supervisor as they are to the big boss.

01. Greed. A greedy boss pursues wealth, status and growth to get himself noticed. In short, he is an empire builder; and we don’t have to look far to find examples of empire-building bosses. Perhaps the standout example today is Eike Batista, the Brazilian entrepreneur who has turned the EBX Group (energy, mining and logistics) into Brazil’s fastest-growing company and him into the eighth-richest person in the world. Formerly married to a Playboy cover girl, and an ex-champion powerboat racer, he has now set his sights on becoming the first person in the world to amass a $100 billion fortune.

02. Lust is also about vanity projects — investments or acquisitions that make no rational sense but play to the manager’s desires. Edgar Bronfman, heir to the Seagram empire, leaps to mind in this regard. To the widespread astonishment of the business world, he traded in the company’s valuable holding in chemical giant Du Pont in order to buy up Universal Studios. A quick glimpse at his vitae helps explain his motives — even in his teens he was dabbling in song-writing and movie making.

03. Wrath doesn’t need a whole lot of explanation. ‘Chainsaw’ Al Dunlap, Fred ‘The Shred’ Goodwin, and ‘Neutron’ Jack Welch were all famous for losing their cool. We see this at all levels in the hierarchy. My first boss would turn bright red and start shaking before he yelled at some poor soul for failing to debug a piece of software properly.

04. Gluttony in the business world occurs when a manager puts too much on his proverbial plate. He needs to get involved in all decisions. He needs to be continuously updated. He never rests. We call this micromanaging. Former UK Prime Minister Gordon Brown did it during his brief stay at Number 10 Downing Street, where he insisted on reviewing even minor departmental decisions and expenditures. It’s not much fun working for such bosses because they have a tendency, in Charles Handy’s famous phrase, to ‘steal’ the decisions of others. There is also a risk that decision-making will get stuck: Lego CEO, Jørgen Vig Knudstorp, notes that companies are far more likely to fail through ‘indigestion’ than through ‘starvation’, as Gordon Brown’s Labour government discovered.


05. Pride. Healthy pride quickly tips over into hubris — an overestimation of your own abilities. In all the recent corporate crises — News International, Nokia, BP, even Toyota — there was tangible evidence of hubris in the manner and words of the executives at the top. Pride does, indeed, go before a fall. Perhaps the biggest tale of misplaced pride in recent years was Enron — its executives liked to think of themselves as the ‘smartest guys in the room’, and they shortened the company’s vision from becoming the ‘world’s leading energy company’ to becoming ‘the world’s leading company’. And we all know what happened there.

06. Envy manifests itself most clearly when a manager takes credit for the achievements of others. But envy also rears its head in less obvious ways: when a manager chooses not to promote a rising star, for fear of showing up his own limitations; or when a manager keeps important information to himself rather than sharing it with his team.

07. Sloth is workplace apathy — the managers who fall prey to sloth are simply not doing their job. They are inattentive, they don’t communicate effectively, and they have no interest in their team’s needs. Instead, they focus on their own comforts and, quite often, on personal interests outside of the workplace. We have all seen glimpses of sloth in the workplace: the boss who takes long lunch breaks but is ‘too busy’ to sit down with a group of workers who need his guidance or inspiration; the colleague who doesn’t deliver on his part of a proposal; the executive who promises to get back to you on something, but never does. Although sloth rarely makes it to the headlines, I suspect there are shades of sloth in most managers. The cost of sloth can be very high when management fails to make necessary strategic adjustments when the business is in crisis.

Greed. Lust. Wrath. Gluttony. Pride. Envy. Sloth. Usually, a bad manager evinces more than one of these management sins. And woe be to anyone who has to work for the boss who exhibits all seven. If you are a boss (and most of us are), take some time and do a self-assessment via my quick ‘Rate The Boss’ exercise. Figure out which of these sins you are most prone to and then commit to changing them to virtues. Hesitant to look in this management mirror? Remember: no one is perfect, and chances are you are guilty of at least one of these sins. Be brave and ask your own team to rate you, as a one-off exercise or as part of a broader 360-degree assessment process. The most challenging part of my suggestion will be acting on the information you receive. But the advantage of this approach, compared to other similar exercises, is that at least we can now put a label on what you are trying to avoid.

Answer each question on a 1–5 scale

For every question that merits a ‘4’ or ‘5’ score, consider it a management sin that you or your boss is prone to.

Q1 To what extent do you/your boss seek growth for growth’s sake?

Q2 To what extent do you/your boss pursue ‘pet’ projects, regardless of whether they fit with the organisation’s goals?

Q3 To what extent do you/your boss become visibly angry at work when relatively small mistakes are made?

Q4 To what extent do you/your boss get heavily involved in the minute details of all projects?

Q5 To what extent do you/your boss seek out recognition, plaudits and praise?

Q6 To what extent do you/your boss try to take credit for the good work of others?

Q7 To what extent do you/your boss organise things for his/her own convenience rather than taking care of the needs and interests of others?