The pursuit of happiness

Happiness is increasingly on the agenda for individuals, organisations and even governments. Jessica Pryce-Jones explains why.

Jessica Pryce-Jones
Opinion
Save to my profile

Happiness is increasingly on the agenda for individuals, organisations and even governments. Jessica Pryce-Jones explains why. 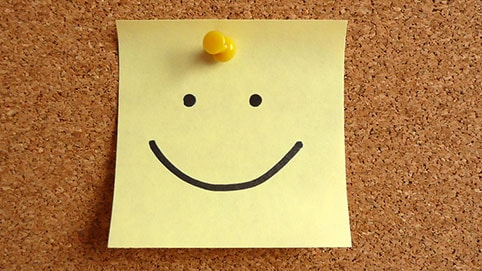 Restaurant chain Nando’s ascribes a key factor in sales growth to how happy its staff are.

Consequently, 50 per cent of each manager’s bonus is based on staff survey results and how happy the staff says they are. And happiness is increasingly on the agenda at governmental level.

The UK has created the slightly Stalinist-sounding ONS Measuring National Well-being programme. The programme’s data suggests that the factors most strongly associated with personal wellbeing are health, employment status and relationship status. The ‘Life in the UK’ 2014 report revealed that 77 per cent of those surveyed were satisfied with their lives.

Among those leading the way in the better understanding of happiness and its role in working life is Jessica Pryce-Jones, joint CEO and founder of the Oxford-based consultancy iOpener and regular contributor to London Business School’s Executive Education programmes. “We can see very clearly that happiness is tied into retaining your top talent. It’s very closely tied with performance and productivity. It’s very closely tied with creativity, with positive feedback, with promotion, with earning more, with all the outcomes where you think, yes, I want that for myself and my team and for my organisation.”

The invisible ‘C’ in happy

Pryce-Jones is fascinated by the power of networks in organisations where individuals act as spreaders of happiness rather than the doom and gloom that can appear hard wired into our psyches. Her own contribution to the debate centres on a model to better understand happiness at work.

It features a five C-model:

Pryce-Jones adds: “Around the outside we’ve got trust, recognition and pride in your organisation, and from it. At the centre is achieving your potential.”

While this has a Dickensian ring, things haven’t necessarily changed that much. “There are lots of psychopaths and sociopaths who seem to make it through organisations,” laments Pryce-Jones and after studying for a psychology degree, she saw a better way, the five C-model. “Why would you share your best and newest ideas in a political culture? That was the catalyst for me to look more closely at what happiness at work is; if we are making people unhappy what might doing the opposite result in?”

Along the journey to better understand the dynamics at work in happiness, Pryce-Jones has written Happiness at Work and appeared on the BBC series Making Slough Happy – in which a variety of experts were charged with cheering up people in the town of Slough.

Her understanding of the complex business of happiness has led Pryce-Jones to conclude that unhappiness and happiness are not actually on a continuum. “Some things that make us unhappy actually contribute towards our happiness. Our data’s quite clear that most people don’t like being given a big new challenge but they love having done it. Your comfort zone is never stretched by doing something easy and if you’re always acting within your comfort zone it shrinks. So you have to step out of it in order to grow and learn and we know that learning, having new skills, overcoming challenges, those are things that help us all feel we’ve achieved our potential and make us happy.”

Of course, happiness comes with a certain frivolous and flaky baggage. “It is a bit like Marmite, you love it or you loathe it as an idea appropriate to work,” concedes Pryce-Jones. It is for children, perhaps, rather than the serious workplace. It is peripheral to the professional business of grinding out business results. Why be happy when you can be successful? You can scour the thousands of business books written over recent decades and the chances of finding the word ‘happy’ are all but non-existent, let alone discussion of what it might mean in a workplace.

The language is important. Morale and engagement are often used in discussions and have been for a long time. Engagement is much talked about though it is generally seen as being ‘owned’ by management. But, counters Pryce-Jones, happiness is the word that matters. “Language creates culture,” she says. “We have these very military cultures with tactics, strategy, campaigns and must-win battles. Too much gets lost and forgotten in translation by the very vocabulary we use. You would always say you want your kids to be happy but then this is forgotten in the workplace.”

Part of this conversation is to frame happiness in more business-like terms. “Happiness at work is a mind-set that helps you maximise performance and achieve your potential because it helps you to take action. So it is around action. If you change your mind-set you change your actions and move your beliefs about things. There’s very clear data on that,” says Pryce-Jones. Interestingly, her research hasn’t discovered gender differences but that those at the top of organisations tend to be happier while general managers are the most unhappy organisational group.

An often heard rejoinder to the champions of joy is that leadership is not about creating happiness. It is not a popularity contest. Pryce-Jones has heard this thousands of times. “No, leadership is about delivering results. Of course there are going to be unhappy times, there are always crises and unhappy clients, but then the question is how do you manage that? If you’re happy and more resilient you can take the challenges and deal with them, so you’re clearer about the boundaries in what you do and don’t do. There is no data anywhere to say that people who are fearful or unhappy are more productive, over the long term.”

Pryce-Jones champions bringing measures to the topic. “For us this is all about being tied to performance so we’ve got some very clear outcome measures,” she says. There is an index that monitors and measures the happiest organisations. What is measured might – eventually – become a reality.