The death of the public corporation

30 years ago, Michael Jensen, of Harvard Business School, predicted “the eclipse of the public corporation”. It has happened.

30 years ago, the Harvard Business School professor, Michael Jensen, wrote an article predicting “the eclipse of the public corporation”. It has happened. 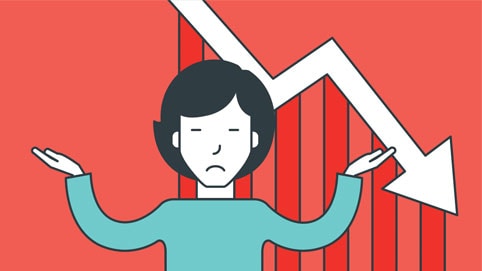 The number of companies listed on the main market of the London Stock Exchange has declined by more than 50% over the last 15 years from more than 2000 to less than 1000 and the proportionate decline in publicly listed companies in the US has been about the same. The roll call of disappearing companies includes some of the best-known names in British industry, including BAA, British Oxygen, Alliance Boots and Cadbury.

It is not just that there has been a decline in the number of listed firms; the nature of the ownership of those that remain is changing. We associate ownership of UK corporations with institutional investors such as life insurance firms and pension funds. No more – the proportion of shares held by these institutions declined from nearly 50% at the beginning of the 1990s to 8% in 2015. Individual investors have also been in retreat. Instead, new institutional investors have taken their place: hedge funds, index funds, sovereign funds, private equity firms and, above all, foreign investors.

And it is not just that ownership is changing; so too is the control of corporations. During the last few decades of the 20th century, corporations were subject to the discipline of the market for corporate control – hostile takeovers – and Britain had one of the most active takeover markets of any country. Until their brief resurgence in 2014, hostile takeovers had all but disappeared over the previous ten years.

What is driving this is a failure of public markets to provide adequate governance of corporations. The diversified portfolios of pension funds and life assurance firms whose management is delegated to fund managers are not conducive to effective, active engagement in corporate governance. While there has been more participation by investors in shareholder meetings, this has in large part been restricted to issues about executive remuneration. This is a long way from the effective engagement that might be expected of owners of major corporations.

And that is the heart of the issue because shareholding is not ownership. It is concerned with portfolio management not with the roles and responsibilities that derive from share ownership. The absence of share ownership has created a vacuum in the governance of British corporations and a new player has entered to fill the vacuum left by the traditional institutions – the hedge fund activist. It is they, not the pension funds and life insurance firms, which are the masters and, often the terror, of the corporate boardroom.

Is this a good or bad development? The judgment is still out. Most of the empirical analysis to date suggests that hedge fund activism is beneficial – certainly in relation to short-run share prices and possibly over the longer term as well. There is also evidence to support real productivity improvements underlying the share price improvements. But the typical holding period of activists is still relatively short – 1.7 years on average – and for all their merits, hedge funds do not provide a longer-term form of engaged share ownership. Moreover, the costs of such engagements are high and therefore the hedge funds focus on the serious under-performers, rather than on the ‘average company’.

To stop the rot, we need owners as well as shareholders. Dispersed ownership and index funds are cheap ways of extinguishing financial risk through portfolio diversification. But someone has to mind the shop if the managers are not to run away with the goods and allow the fabric of the building to fall into disrepair. It cannot be right to rely largely on independent directors to act as owners. Boards can never be a substitute for owners. What are needed are long-term committed shareowners holding significant share blocks over substantial periods of time to provide effective stewardship of firms.

Families and other block holders play that role in most countries, including the largest listed companies of France, Germany and Italy. Control by domestic families in the top thousand companies in these countries is between three and four times that in the UK. Even in the US there are more families and more blocks than in the UK. In Britain we have systematically eliminated family ownership and there is little prospect of its immediate revival.

Instead it is the institutions that will have to pick up the mantle. There are several role models of pension funds that do provide long-term engaged share ownership around the world and British institutions could usefully learn from them. One of their characteristics is that, alongside traditional diversified portfolios, they hold long-term concentrated shareholdings and actively oversee the management of a small number of companies. Their reward for providing good governance is outperformance in stocks in which they are overweight relative to their peers.

It is time that institutional investors stepped up to the mark and recognised the duty that they owe their investors, their companies and society in providing the responsible ownership needed to revive the public corporation.