Alfred Chandler’s book, Strategy and Structure, was a breakthrough when it was first published.

Jorge Nascimento Rodrigues
Save to my profile

Alfred Chandler’s book, Strategy and Structure, was a breakthrough when it was first published. Though Chandler died in 2007, this collation of background and reactions to Chandler’s seminal work, assembled by Jorge Nascimento Rodrigues, captures the enduring contribution Chandler made to management thinking. 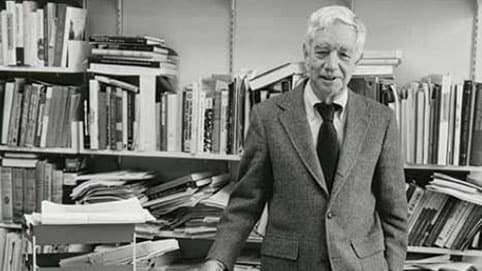 The Pulitzer Prize-winning business historian Alfred duPont Chandler brought strategy into the modern age and championed the multi-divisional organizational form. After graduating from Harvard, he served in the US Navy before becoming, somewhat unusually, a historian at MIT in 1950. He served as professor of business history at Harvard since 1971.

Chandler’s hugely detailed research into the development of US companies between 1850 and 1920 has formed the cornerstone of much of his work. Chandler observed that organizational structures in companies such as Du Pont, Sears Roebuck, General Motors and Standard Oil were driven by the changing demands and pressures of the marketplace. He concluded that the market-driven proliferation of product lines led to a shift from a functional, monolithic organizational form to a more loosely coupled divisional structure.

Chandler was highly influential in the trend towards decentralization among large organizations during the 1960s and 1970s. In Strategy and Structure, Chandler praised Alfred Sloan’s decentralization of General Motors in the 1920s. He argued that the chief advantage of the multidivisional organization was that “it clearly removed the executives responsible for the destiny of the entire enterprise from the more routine operational responsibilities and so gave them the time, information and even psychological commitment for long-term planning and appraisal”.

While the multi-divisional form has largely fallen out of favour, another of Chandler’s theories continues to raise the blood pressure of those who care about such things. Chandler argued that strategy came before structure. Having developed the best possible strategy, companies could then determine the most appropriate organizational structure to achieve it. In the early 1960s, this was speedily accepted as a fact of life.

More recently, Chandler’s premise has been regularly questioned. In a perfect world, critics say, companies would hatch perfect strategies and then create neat structures and organizational maps. Reality, however, is a mess in which strategy and structure mix madly.

Contemporary strategist Gary Hamel provides a more positive perspective on Chandler’s insights. “Those who dispute Chandler’s thesis that structure follows strategy miss the point,” he argues. “Of course, strategy and structure are inextricably intertwined. Chandler’s point was that new challenges give rise to new structures. The challenges of size and complexity, coupled with advances in communications and techniques of management control produced divisionalization and decentralization. These same forces are now driving us towards new structural solutions – the federated organization, the multicompany coalition and the virtual company. Few historians are prescient. Chandler was.”