Social entrepreneurship is lauded for its efficient delivery of public services and for making not-forprofit organisations more ...

Rebecca Harding
Strategy and entrepreneurship
Save to my profile

"Social entrepreneurship is lauded for its efficient delivery of public services and for making not-forprofit organisations more financially self-reliant. But, says Rebecca Harding, the true economic value of social entrepreneurs is only now becoming clear." 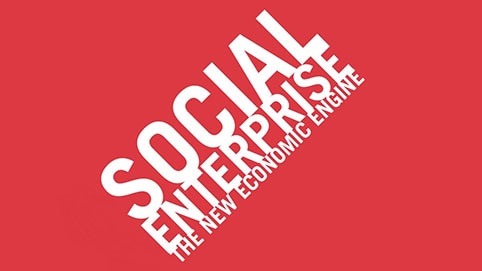 James Williams is an entrepreneur. He is setting up a chain of children’s adventure play areas with clamber equipment, soft play areas and a café. The uniqueness of his business concept is that the play areas are in inner cities and there will be careers advice, counselling, computing facilities, advice and resources, for parents to utilise while their children play.

“If you look around in places like Liverpool,” he says, “there is nowhere within ten miles like this for kids, and nowhere at all like this for parents, especially women, to give them some breathing space, teach them to play with their kids and to find work or training if they want to.” More than this, the groups will be staffed both by trained professionals and by younger people from deprived areas looking for work experience. “It’s better to give these young people work rather than waiting for them to come in and pinch stuff,” remarks James, somewhat wryly.

That this is a business venture is in little doubt. The revenue streams are commercial ones, and James and his wife, both former IT managers at British Telecom, have invested a great deal of personal capital in getting the project off the ground. Where there is a difference with a normal business, however, is that this project has a clear “double bottom line” in that it is trying to achieve social as well as economic objectives.

James is one of the growing army of social entrepreneurs who fall off the orthodox entrepreneurial radar screen both when it comes to understanding what he does and when it comes to raising cash for his business. “Social entrepreneurs tackle some of the toughest and most intractable challenges around”, says Gregory Dees in “The meaning of social entrepreneurship”, and their role in the general welfare system, according to the literature, is both under-estimated and misunderstood. Yet, some such as the ECT group, providing doorstep recycling, or Greenworks, recycling office furniture, have multi-million pound turnovers while providing real community and social added value.

For the last 20 years, but particularly for the last 10 years, there has been a general belief that social entrepreneurship is a “good thing”. It is seen as important for the economy, in terms of efficient delivery of public services; and the welfare benefits that flow to society as a whole when not-for-profit organisations become increasingly self-sufficient and independent from grants.

As the world’s investors become more actively interested in a broader definition of business value creation, and as policy makers become ever-more interested in the role of entrepreneurship generally in fuelling economic growth, the role of social enterprise in creating economic and social value needs to be examined more closely. Yet this is where the evidence is weakest.

In particular, and despite the unquestioned interest in the subject, a single definition of social entrepreneurship remains elusive.

The growth in social entrepreneurship globally over the last decade has been impressive, but the precise meaning of the term remains a matter of debate. This is a barrier to research.

There is a substantial body of case study material on how to be a good social entrepreneur. However, there is little or no theory; little systematic data at a national level; and nothing in the way of international comparisons of impact and types of social entrepreneurial activity. This renders the area of little interest to investors in particular since there is no estimation of the hard economic impact that these ventures create.