So, you think you have a strategy?

Does your company have a strategy? Freek Vermeulen posits the five main reasons why a firm’s strategy is nothing more than a pipe dream.

Freek Vermeulen
Strategy and entrepreneurship Strategy development
Save to my profile

Does your company have a strategy? Freek Vermeulen doubts it. And he posits the five main reasons why, too often, a firm’s strategy is nothing more than a pipe dream. 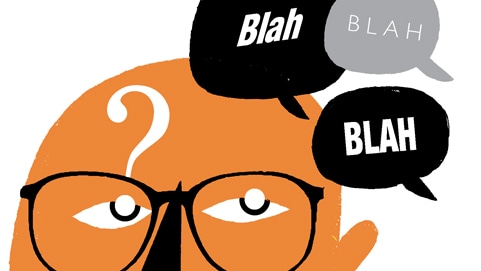 Most companies do not have a strategy. Okay, I admit it: I do not have any solid statistics (if such a thing were possible) as evidence to back up this statement, but I do observe a heck of a lot of companies. And I get the chance to meet with and listen to strategy directors and CEOs while they present their ‘strategies’ — and, I tell you, I think nine out of 10 (at least) don’t actually have a genuine strategy.

Sure, such a conclusion depends on us being able to agree on the answer to the pervasive question, what is strategy? But, even if you would accept the most lenient of definitions, few companies actually meet the definition. Beyond that, when I test managers on whether they know what they’re doing and why (when it comes to matters such as positioning, branding, pricing and other strategic factors), most of their firms would simply fall short. To be emphatically blunt: most companies and their top executives do not have a good rationale for doing the things they are doing and cannot explain coherently how their actions should lead to superior performance.

Curiously, this problem does not usually reflect a case in which the CEO knows the strategy and everyone else on the management team just fails to ‘get it’. No, when it comes to strategy, I’d say there are three types of CEOs:


So what do all these CEOs do when confronted with the question, “What is your strategy?” Well, of course, most will strongly insist that they do have one and will promptly retaliate against a seeming challenge with a dazzling Powerpoint presentation composed of effusive colours and animated fades in and out. I love the omnipresent title slide: ‘Our Strategy’. And there are always many more slides to follow. Trouble is: it’s a nice pitch, but it just ain’t strategy.

When I view such presentations, I often wonder why such bright CEOs and their deputies miss the most basic necessities of cogent and executable strategy. They fail because they: