Six sigma at your service

Lean Six Sigma is the bedrock of quality initiatives in manufacturing companies. Can this approach be used in service companies?

Lean Six Sigma is the bedrock of quality initiatives in manufacturing companies. Can this approach be used in service companies? 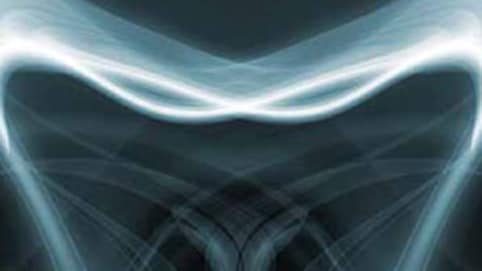 It already is, and Peter Guarraia, Gib Carey, Alistair Corbett and Klaus Neuhaus show how techniques long used by Motorola and Toyota can be used in your company.

Lean Six Sigma is justly famous for making a better car or widget. Since 1986 at least (the roots of the movement go back to the early 1900s), the Six Sigma process – made popular by companies such as Motorola, Toyota, and General Electric – has become a time-tested methodology for repeatedly producing products while using the most exacting tolerances for quality control. But now service companies are pushing this defect-reduction methodology to a new level. Banks are trying to use it to jump-start growth, telecommunications giants are aiming it at costs, and even retailers are trying it out to serve their customers better.

There’s only one trouble: diffused too far and wide, even the best quality control initiative can become a scattershot technique without a focus on major results. All too often, companies train and deploy cadres of Lean Six Sigma experts, known as “black belts”, only to see few major improvements from their work. Proof of this comes in a recent Bain & Company management survey of 184 companies. A full 80 per cent of executives say their Lean Six Sigma efforts are failing to drive the anticipated value. Moreover, 74 per cent say they are not gaining the expected competitive edge because they haven’t achieved their savings targets.

Worse yet, unfocused Six Sigma efforts actually slow improvement efforts. When managers are unsure how best to deploy the Lean Six Sigma, black belts treat all problems, big and small, with the same approach. Attacking problems piecemeal is virtually guaranteed to yield less than optimal solutions. And, because of this ground-up perspective, it is also almost certain to miss those critical, company-wide improvements that will make the biggest difference.

Such a lack of focus becomes even more critical today, when a sharp fall-off in business needs to be addressed with bold, extremely targeted measures – measures that can substantially increase cost savings, trim the most waste and boost revenues. In other words, it is management’s job to know exactly where to put black belts to work, not let them wander off on their own quests.

Some services companies have discovered the solution to this lack of focus. They’ve added a step at the beginning of the Lean Six Sigma process – something we call a diagnostic X-ray – that allows them to identify the biggest opportunities for gains. Performed by a small advance team of black belts, the diagnostic X-ray consists of three steps.

First, the X-Ray team starts with a procedure called “value-stream mapping”. This reveals the largest sources of wasted time and materials in current processes, which also yields the best places for reducing costs.

Next, the team checks the efficiency of company processes (such as bill collecting) by measuring actual performance against internal and external benchmarks, including competitors. The test allows the team to gauge shortcomings and establish improvement targets.

Finally, they set priorities, focusing on process improvements that will have the biggest impact. Once let loose on the thorniest problems, black belts can then do what they do best: improving inefficient or poorly designed processes through Lean Six Sigma’s famed DMAIC sequence – define, measure, analyse, improve, and control. Simply put, these steps are now sighted on the targets of highest opportunity.

Some may find it surprising that a qualityimprovement technique can “translate” from a factory floor to, say, a claims office. And it’s equally surprising that service firms are helping perfect this methodology. But when you consider that the goal of pleasing valuable customers – whether it’s the buyer of a Lexus or a holder of a large annuity – is the same for all businesses, it’s understandable how Lean Six Sigma can fit the bill. Indeed, as Lean Six Sigma spreads, it is helping a growing range of companies meet a vast range of new objectives – everything from spending less on equipment to redesigning stores for efficiency to performing a better job of stocking and replenishing inventory. In fact, perhaps the best way to see how Six Sigma is reshaping the services industry is to take a quick tour of an array of companies who have made quality the hallmark of providing a service instead of building a product.

New claims to fame: An insurance company finds profits in its claims processes

A laser-guided approach to Six Sigma, for example, recently paid off for a major UK insurance company that found itself at a crossroads. Fast-changing market conditions were jeopardizing the insurer’s ambitious plans to grow its market share by 150 per cent. And that wasn’t the worst of it. The insurer also estimated that if it did nothing, half its profits were at risk. Management knew in its bones that the root problem was inefficient internal processes, but various random efforts to streamline them had failed. So, the company decided to try a different approach: perform a diagnostic X-ray of its business to know where to focus its efforts.

Instead of spreading out all over the company, the X-ray team’s first move was to develop a map of the insurer’s claims processes. That exercise revealed the largest problem in high definition: costs were out of control. The reason? Too many activities. There were, in fact, 189 separate ones, by actual count.