A positive outlook can be a powerful force in business.

Rose Trevelyan
Organisational behaviour
Save to my profile

A positive outlook can be a powerful force in business. But what if someone's optimism is unrealistic, unfounded or excessive? Rose Trevelyan says the results can be lethal. So, how can you be optimistic without being overconfident? 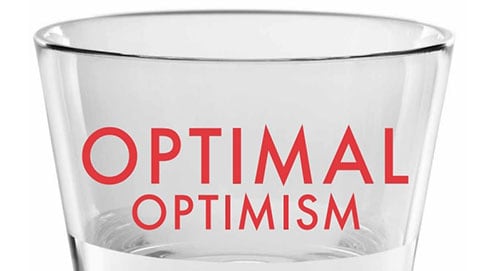 We all know the joy of being in the presence of people who love what they do. They transport us to a new world of possibilities by making us believe in their ideas. They captivate us by being supremely optimistic. We leave them feeling energized, confident and ready to win. If a doubter questions their arguments, we tend to trust the optimist. But what happens if the doubter is right to question their thinking? In business, how do we gauge an optimal level of optimism so we can bank on what we’re hearing?

Optimism is a double-edged sword: on the one hand, generating high levels of activity, motivation and persistence; but, on the other hand, discouraging us from looking too deeply at our assumptions in case we find something disconcerting. This is particularly relevant for entrepreneurs. Optimism is vital to overcome the anxiety about starting something that nobody has done before, but too much optimism can keep us from acknowledging that there are risks involved whenever assumptions are made with very little data to support them.

This may be why new ventures so often fail. Estimates of the failure rate vary widely, depending on how one defines “failure” and the time span one considers. However, everybody agrees that the failure rate for entrepreneurial efforts is too high. Why? One of many answers is that new venture founders, or entrepreneurs, are too bold in their estimates of business success. Either they bite off more than they can chew, they launch a business that doesn’t have a marketable product or service, or they do not raise adequate capital to survive early cash flow crises. In other words, they are too optimistic.

So, one needs to be optimistic but not too optimistic. My extensive research suggests that it is possible to be optimistic in order to capture the motivational benefits as well as to keep overconfidence in check to avoid decision-making errors. One reason that it’s possible to do both is because of a fundamental difference between optimism and overconfidence. Optimism is a stable trait, much like a personality trait. People tend to be either optimistic or not. However, overconfidence is not a stable trait; it’s high in some situations, low in others. I might be very confident of my ability to sing a Mozart aria in front of an audience because I have had training and experience as a classical singer. However, I might lack the confidence to sail a small boat single-handed from New York to London because I have no knowledge about sailing.

So, if optimism and overconfidence are separate types of cognitive processes, it is possible to have high levels of one but low levels of the other. Effective entrepreneurs know when to use their optimism to keep themselves and others on track, and they know when and how to challenge their positive outlook. They ask probing questions to avoid decision blindness and search beyond what they think they know. Challenging an overconfident judgement involves two steps: first, recognizing the situations in which overconfidence is most likely to occur; and, second, knowing how to reduce overconfidence to arrive at a more realistic estimate of business success or personal skill.

How to know when overconfidence is likely

Knowing yourself Knowledge and experience about a task generally increase our confidence in executing that task. But there comes a point at which too much experience or knowledge can produce overconfidence. If you are too familiar with a particular problem, you may go into automatic pilot and assume that what you did last time will be successful this time. But problems change, sometimes in subtle ways.

I have had the same brand of mobile phone handset for the last five years, but recently my husband bought me a new handset from a different manufacturer. Recently he watched me send a short message service (SMS) item to my sister and asked me why I was going through all the menus to get to the right screen to send the message. “Why don’t you use the shortcut key?” he asked. I had become so stuck in my routine of how to send an SMS on my old phone that I never questioned the way I did it. In fact, technology had moved on and provided a shortcut, but I relied on my years of experience of sending texts the long way round rather than learning a new way.

Overconfidence also happens when managers are in a heightened emotional state. Most entrepreneurs feel passionate about what they do, and it is easy to get “summit fever” while establishing a venture. Feeling excited about developing the technology, launching the product or beating the competition induces a euphoric state that can produce an adrenalin rush. If there is an obvious path to achieving the goal, the adrenalin rush leads managers down that path without first checking if it is the best course of action in the long run. Many entrepreneurs are guilty of becoming blinkered by their dreams for growth.

Another common trap is to become overconfident about a decision or course of action because of all the time, money and energy you have put into it. In finance, we are told to write off sunk costs, and the same principle applies here.