Andrew Dunnett, Director of the Vodafone Foundation and the company’s Director of Sustainability, takes us through his working day.

Andrew Dunnett
Leadership
Save to my profile

Andrew Dunnett, Director of the Vodafone Foundation and the company’s Director of Sustainability, takes us through his working day. 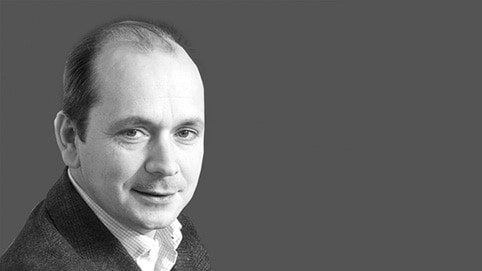 The reality is there is no such thing as the office any more. Today, I’m sitting in Vodafone’s offices by London’s Paddington Station but, with regular trips to the Foundation’s projects around the world, my office is a tablet and a phone. These prove particularly useful on my two and a half hours commute and come everywhere with me. Except, that is, for the kitchen, where technology is banned — an attempt to encourage family conversation (I have teenage children, all with smartphones).


There is no such thing as a typical day at the Vodafone Foundation. Not only does hot-desking mean I rarely sit at the same place when I am in the London or Newbury offices, but the Foundation’s projects around the world mean I spend much of my time travelling.

The Foundation’s focus is on devising and growing projects around the world which use mobile technology to improve — and, in some cases, save — lives. I recently travelled to Ghana. Here, we run a Vodafone-sponsored TV programme, providing health advice and critical surgery for patients in a country where the worst doctor patient ratio is 1:92,000. The show asks people to text in questions about their health concerns. Healthline is now one of the most popular programmes on TV with 28.5 million Ghanaians watching it and more than 10,000 SMS sent requesting health advice. Launched more than a year ago, it is remarkable to see what a difference the show has made.

In early March, I attended an event at the UN headquarters in New York with Serpil Timuray, CEO of Vodafone Turkey. I was on a panel chaired by Tina Brown, the Editor- In-Chief of Newsweek Daily Beast. Serpil spoke about how mobile is empowering women entrepreneurs and I talked about the TecSOS handset, which aims to help the women at highest risk of domestic violence by providing a direct line to the police at the push of a button. Before the advent of this handset, women deemed a high risk had a fixed line alarm system in their homes, meaning the technology did not help them outside of the home and many said they felt imprisoned in their own homes. So we began working on this with the Red Cross in Spain and domestic violence agencies. There are now more than 22,000 women across Europe who have used TecSOS in five countries — the UK, Spain, Italy, Portugal and Hungary. Three further countries plan to implement it.

And I’ve just come back from India, where we held a fundraiser and awareness campaign in which two employees drove a rickshaw from Delhi to Mumbai. This culminated in a visit to our project with the Cherie Blair Foundation, where our Foundation in India has developed a mobile application tailored to the needs of a group of sales women who sell food and goods to their villages.

Travelling is essential, as face-to-face interaction is important. You can read a briefing document, you can have an evaluation report, but the emotion of meeting people and building a relationship is essential. You speak more coherently and passionately about things you have seen and fully understanding people’s needs leads to more effective implementation.

Mobile is being used effectively in emerging markets to improve health, education, agriculture and financial services. It is an important tool — particularly as mobile phone penetration is high in many emerging markets — and on the rise. In the Kibera region of Nairobi, where one million people live, one in 250 people have access to a toilet —yet there is more than one mobile for every two people. Furthermore, there are five desktops per 1,000 people in sub-Saharan Africa, yet about 50 smartphones per 1,000 people. So my priority for 2013 is to make the most of the smartphone revolution in the communities and societies in which Vodafone operates.

We believe that the next generation of givers will give differently from us. They will use their mobiles. It will be spontaneous. It will be smaller donations. In the UK, a priority for the Foundation is Just Text Giving, a free platform available to anyone with a mobile. It started 18 months ago, 60,000 fundraisers have used it and 18,000 charities are registered.

Another priority is a transformational project we are working on in Tanzania which enabled 600 women last year to have surgery for obstetric fistula, a maternal health condition which causes incontinence. More than 400 of those women came to hospital on money that was sent to them via a mobile phone. There are around 3,000 cases of obstetric fistula annually and the CCBRT hospital in Dar es Salaam is on target to treat 3,000 by 2015. This is very much a targeted intervention and is an example of how Vodafone’s technology is improving lives. On a recent visit to Tanzania, I met a woman in her 80s who had the corrective surgery for fistula after living with the debilitating condition for most of her life.

The Foundation’s aim is to have more than 70 per cent of giving globally directly connected to our technology by 2015. Another focus is on doing more with fewer projects. The danger of charitable programmes is that you can keep adding things — you have pilots and then more pilots. We want programmes and projects which will have a catalytic impact — and to then combine that with our technology to deliver transformational change. We have reduced the number of projects. By 2015 we will be down to a maximum of 10 charitable programmes per market. Some markets have already gone below that.

Even with all the technology at our disposal, it is actually becoming harder to deliver a compelling narrative. Telling the story of what we are doing, why we are doing it and what the impact is going to be, both for the world and for Vodafone is a very important challenge and part of my work. So, when I’m in Paddington, I focus on that. My preference is for very short meetings — 15 minutes or so — concise updates on what is happening.

Two more people work with me at the Paddington office. We use contractors and people who are specialists in the space to either project manage or to help with delivery. There is also a team within the UK business that works with me on the UK programme.

I spend a lot of time at Vodafone UK’s headquarters in Newbury and often work two days a week at Vodafone’s Paddington office, sometimes staying overnight in London. It saves on the commute time. I spend probably a day every other week working from home. This is my opportunity to catch up on writing and emailing — a chance to focus, undisturbed by busy commuter trains and a change from the usual stream of meetings, presentations and networking.