Can an effective board of directors ever truly substitute for active ownership? The ownerless corporation debate continues…

Clint Witchalls
Save to my profile

Can an effective board of directors ever truly substitute for active ownership? The ownerless corporation debate continues… 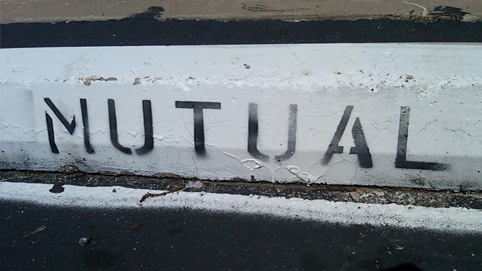 The term “ownerless corporation”, referring to publicly-traded companies, was coined by Lord Paul Myners, chairman of Europe’s largest activist fund manager, Cevian Capital, and former UK City Minister. His view is that they are ownerless because “Nobody owns enough to care enough to make a real effort to fix a PLC.”

Hedge funds, investment banks and other institutional investors are interested in trading shares, not owning them. The critical impact this has on business value drew experts – including Lord Myners - to a Centre for Corporate Governance debate at London Business School (January 28th)

Like Lord Myners, Jensen argued that there are central weaknesses in public companies, such as “the conflict between owners and managers over the control and use of corporate resources”. In other words, agency cost.

Professor Franks went one further by stating that the problem is not just agency cost, but “double agency cost”.

“We think the agency cost of a public corporation arises because the members are not the owners, which is, of course, usually right,” said Professor Franks. “But the investors who control the shares are also not the owners. When my pension fund votes my shares I have nothing to do with it even though I'm the ultimate owner. It's this double agency cost that imposes great costs on the public corporation.”

Lord Myners cited fragmented ownership as another weakness of public companies. “Institutional investors create portfolios with low stock-specific risk,” he said. “They have so many investments that they don’t really care what happens to a single investment. What they care about is the portfolio.”

“The top five institutions own, on average, 30 percent, of listed UK companies,” said Professor Franks. “For example, Legal & General has five or six percent ownership in HSBC. The top four or five shareholders of HSBC control a very large proportion of the share capital.”

The problem, said Professor Franks, is not that share ownership is fragmented; it’s that the institutions that own the shares are mere agents, once removed. They are passive owners.

There can be many forms of active ownership, including family ownership, private equity, mutuals, and partnerships. “I would even add shareholder activists, although that's much more controversial,” said Professor Franks.

But not everyone at the event thought that mutuals were “wonderful yesteryear”. Indeed, many of the speakers at the event had come to make the case for mutuals, including The Rt Hon Dr Vince Cable MP, Secretary of State for Business, Innovation and Skills, Ed Mayo, Secretary General, Co-operatives UK, and Hans Groeneveld, Deputy Director, Co-operative and Governance Affairs, Rabobank.

Groeneveld spoke of the success of the Dutch model of mutual banks, and how these organisations successfully weathered the recent financial crisis, without state support.

When people look to successful mutual models in the UK today, they invariably mention organisations such as John Lewis, Arup, and Nationwide. But Professor Franks warned the audience not to be misled by survivorship bias.

“We don't talk about the failures, like the Co-op Bank,” said Professor Franks. “As much as we want the Co-op to succeed, it's still an open question: will it continue to decline or will it really be able to compete against these other forms of ownership? We would like to say yes, but the jury is very much out.”

We need a variety of ownership structures. Even Charlie Mayfield, Chairman of John Lewis, isn’t pretending that mutuals are the panacea, despite Nick Clegg’s call for “more of a John Lewis economy”.

In an interview with City AM, Mayfield said “our model is not right or practical for everybody”.

So what are some of the drawbacks of mutuals?


“It's not just fragmented ownership, it's that there are no analysts monitoring it,” said Professor Franks. “There's no stock market quotation. There's limited access to capital, especially in a crisis. Even when you look at the public corporation with its fragmented ownership, to me a lot of mutuals stand at a disadvantage compared to that model. It's back to the relative costs, and how to overcome them.”

In a light-hearted aside, Professor Franks admitted that he enjoys shopping at Waitrose, part of the John Lewis Partnership, much more than he enjoys shopping at Marks & Spencer, a PLC. He paid tribute to the successful, mutual “survivors” but argued that these are rare and concluded that “we must not pretend we can make them the common species”.