Mergers and acquisitions: beyond the Covid-19 freeze

The pandemic has dramatically reduced M&A activity and five big hurdles stand in the way of its recovery. What are the strategic options?

Mergers and acquisitions are at the heart of the corporate economy, the process whereby the commercial sector constantly shapes and reshapes itself to take account of changing market circumstances.

Of course, M&A is not always popular, such as when a deal is seen as having been misconceived, corrosive of shareholder value or has led to heavy job losses. But in its absence, the only way to reconfigure the business landscape would be through wave after wave of bankruptcies, which would hardly count as an improvement.

That is why the permafrost that has descended on bids and deals as a result of the Covid-19 pandemic is so deeply worrying. The headline figures are dreadful, with the volume of announced deals in April and May falling more than 65% against the same period last year. This dire situation has played no favourites, with M&A activity down consistently across the world, across corporate and private-equity buyers and across domestic and international deals. Is there any good news? Not really. Activity in the technology sector has held up a little better than elsewhere, but even here there has been a significant decline compared with recent years.

Perhaps unsurprisingly, those deals that are still being finalised are being struck at considerably lower prices. A key measure is the ratio calculated by dividing the total price paid to acquire the debt and equity of the target by the target’s earnings before interest expense, tax expense, depreciation and amortisation (EBITDA). This ratio had been running at a median level of between 10 and 14 times EBITDA but fell to less than seven times in March and April this year.

In such a climate, it would be tempting for business leaders to sit tight and hope that the M&A scene starts to thaw when the virus comes under control. We would argue that there are steps that can be taken by managers right now to re-start M&A activity as it affects their businesses. But first, a look at the key reasons Covid-19 is having the effect that it is, at the transmission lines from a pandemic to a deep slump in the number of bids and deals.
We have found five major hurdles to M&A activity in this crisis, and they are high ones.

The first is, quite simply, that management teams feel they have more important things with which to deal. With sales and cashflow decreasing rapidly, achieving maximum liquidity takes top priority. This is especially true of those firms that had skimped on their crisis planning, where management naturally responds to the loudest alarm bell.

Second, and in a similar vein, those management teams with the opposite problem – a surge in demand for their products or services rather than a fall – are also likely to be fully occupied, this time in dealing with supply chain and other problems.

Third, in this crisis it is likely that sellers will want cash quickly. But M&A is not really designed to deliver this, given the lengthy process, usually lasting many months, from the initial approach to payment. Bank lending and new debt and equity issuance in capital markets can seem faster and more attractive and, of course, we now have extensive government financial support for businesses across the developed world.

Fourth is the “moving target” problem in terms of company valuations. As in normal times, buyers want great deals and sellers are seeking the best possible price. But in the current climate, the former are likely to fear they cannot put the correct price tag on a company given the huge amount of uncertainty surrounding its future financial prospects, while the latter may well suspect that they will be asked to accept a price that has been artificially depressed by what will prove to have been a temporary situation.

Finally, there are the enormous logistical problems created by the inability to travel and hold personal meetings. So much M&A activity relies on in-person due diligence and the personal relationships that can follow face-to-face interactions between potential buyers and sellers. Video conferencing, however much improved in recent years, is a poor substitute.

Are these hurdles unsurmountable? We would argue not.

The initial step, we suggest, to unblock a business’s M&A activity is to work through a list of five crisis strategies and select the one that best matches its hopes for acquisition. The first such strategy, which may be particularly pertinent at this time, is the classical distressed investing approach, taking control through the insolvency process. Acquirers will need to satisfy themselves that the target’s assets will survive and that the business has suffered no permanent harm and will bounce back relatively quickly.

But the danger here is that past performance will never return.

A second strategy may be called that of “patient active waiting”, in which the target is identified but the acquirer holds back, perhaps expecting greater problems to emerge, thus reducing the valuation further, or maybe hoping to clarify aspects of the target’s condition. This can work well if there is no immediate need to move quickly and if uncertainty means a large variation in outcomes is possible, but there is always the chance that rivals will act first.

This leads to a third strategy, that of active waiting followed by a “pounce”. The opposite of patient active waiting, this allows the acquirer to seize an unexpected opportunity regarding a potential target that it has considered in the past but was unable to buy for whatever reason. But the acquirer needs to ask why precisely this opportunity has arisen now, and to beware of pouncing on targets that it had not previously considered and which it does not fully understand.

Our next strategy is probably easier said than done, which is to identify a fundamental and permanent change in the market that will reshape a particular industry and then to select a company that can be expected to benefit from this development. The acquirer will obviously need to have good grounds for its belief, perhaps through special access to information, but it will need to be sure of two things. One is that this change is not widely known by rival firms and the second is that the acquirer has a full understanding of the target company’s operations.

Finally, there is the option to reaffirm the acquirer’s existing strategy. Provided the assumptions behind the pre-crisis strategy remain valid, then the present turmoil can strengthen that strategy if, for instance, direct competitors are suffering more deeply than the acquiror or if previous obstacles to the strategy have been removed. But if the strategy is unclear and unproven, or if the acquiror lacks the data to evaluate the changing climate, this could prove a dangerous course of action.

To implement one or more of these strategies – and they need not be mutually exclusive – acquirors need to take several steps. One is to revisit their pre-crisis list of idea targets to see what may have changed in terms of their status. Another is to maintain a pipeline of potential targets and a third is constantly to analyse changing market conditions to give themselves the best hope of identifying new winners. And for those who have decided their existing strategy remains relevant, they should seek out deals at a time when competitors may be unable or unwilling to move.

This still leaves the nuts and bolts of getting deals done in the face of some of the hurdles previously mentioned. But there are ways these hurdles can be cleared.

For example, the inability to meet face-to-face does not stop an acquiror from re-activating a previous deal that stalled at a late stage and could plausibly get across the line a second time round. As the acquiror already knows the seller’s people from previous meetings, talks can be restarted over the phone.

Then there are the valuation gaps created by both current financial woes and hugely uncertain future prospects. These can be bridged by the use of two invaluable tools: earn-outs and indemnities. The former ties the final purchase price to the future performance of the business, while the indemnity allows the acquirer to place a percentage of the purchase price in an escrow account, to be released to the seller only when all the seller’s claims about the business, such as the state of its inventory, can be verified in a post-crisis environment.

Both tools seek to ensure that the acquirer gets what it believed it paid for, in turn giving it the confidence to offer a higher price, to the benefit of the seller.

Finally, there is the ability to undertake “creative due diligence”, getting round some of the constraints of the Covid-19 crisis. Video tours and drones can conduct inventory checks, legal and accounting paperwork can be studied in virtual data rooms, and employees can be evaluated over video links.

In all these ways, we believe, businesses can take steps now to break out of the “ice age” into which M&A activity has been trapped. It is not as if there is a lack of appetite for bids and deals – at London Business School, no fewer than 67% of our M&A programme participants would like to make an acquisition.

Furthermore, once the crisis has passed it would be a shame for those businesses that have followed some of the ideas set out above simply to return to their pre-Covid-19 ways. There are lasting lessons to be learned here, ones that smarter managers will use permanently to sharpen their approach to M&A. Asset management in the 'new abnormal'

Stagflation, megathreats and the “Wild West” that is crypto… global experts assess the latest risks and opportunities 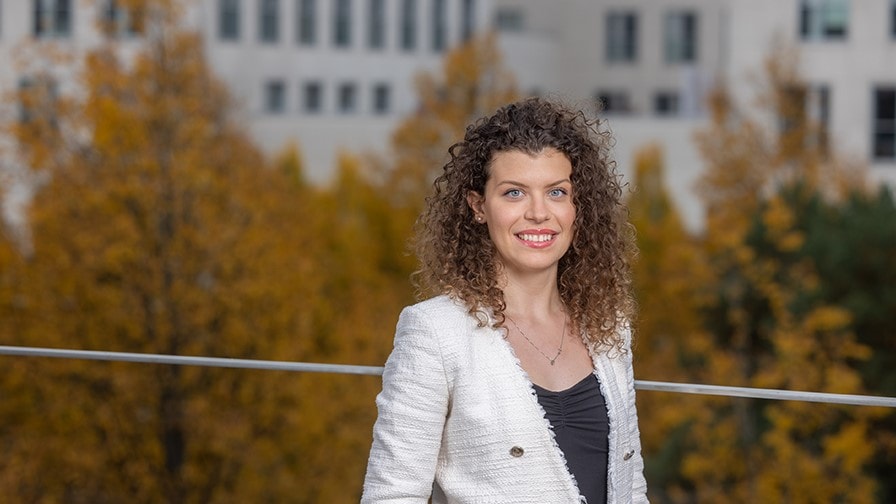 Alice Schenato, who left two investment giants to join a young and entrepreneurial investment manager, on how women can succeed in finance Fix the financing of supply chains

Master the mergers and acquisitions cycle from start to finish. Learn to spot opportunities, negotiate the best deal and manage integration to get the best returns.