Making sense of the UK election

This was the result that nobody saw coming, as the recent UK election saw the Conservatives return to power with a majority.

David Arnold
Government Politics UK/Europe
Save to my profile

“This was the result that nobody saw coming,” declared the BBC’s Political Editor, as the recent UK election saw the Conservatives return to power with a majority, in apparent defiance of weeks of opinion polls. 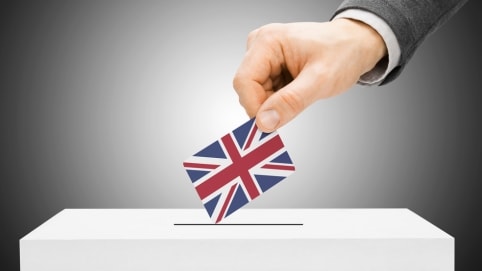 Not quite nobody.  Recent research by a team of Sloan Fellows at London Business School applied marketing frameworks and concepts to the election. Their paper completed a full month before the polls and published in London Business School Review, predicted one of the two major shifts in voting patterns: the near-collapse of the Liberal Democrat vote.

The other major shift, the acquisition of those votes by the Conservative Party, should also come as no surprise to anyone familiar with prospect theory, one of the founding streams of research in behavioural economics, famously pioneered by Kahneman and Tversky.  Prospect theory identifies systemic biases in human decision making, one of the most prevalent of which is risk aversion and a consequent bias towards the status quo.

Consider the uncertainty facing the large number of undecided or swing voters in the final days of the election campaign. The Scottish National Party were predicted to make huge gains bordering on a whitewash in Scotland, thus raising the possibility of their support being a necessary condition for a Labour government.  The mainstream media, always eager for a novel angle on the election, focused remorselessly on the possible scenarios of a UK government being “held hostage” by the SNP’s necessarily local demands.  The Conservative Party whipped up the uncertainty further, by which time much talk was of the country entering unchartered political waters.  In such conditions, prospect theory predicts exactly what happened: many voters resorted to the Conservative status quo.  This phenomenon is analogous to what investment markets call “the flight to safety” in volatile conditions.

One of the specific lessons, that many people will dislike, is that negative campaigning by an incumbent can be very effective if it creates uncertainty in the mind of the decision-maker.  In this case, the uncertainty was genuine and widely discussed, and interpreted by a significant number of voters as a credible threat.

The more general lesson is that theories and frameworks from business can be applied to non-commercial contexts.  The ideas on both market evolution and prospect theory that underpinned the recent work at London Business School proved considerably more illuminating than popular media analysis.

The article (Making sense of the UK election) raised some interesting points. It rightly argued that almost all commentators failed to successfully predict the election outcome. However, although my expectations were not exactly correct, they did accurately indicate the general direction of the final outcome. (Documented in emails in March and winning our local ‘sweepstake’.) There were two critical (reasonably predictable?) elements. First, the SNP would take many seats from Labour (I underestimated this by around a dozen) and, secondly the Liberals would lose many/most of their seats. (I underestimated this by a similar amount too.) It was also reasonably predictable that UKIP would only get a couple of seats. Apart from these elements, in the end only about a dozen seats (2%) changed hands from Labour to Conservatives, or vice versa, with the latter being slightly greater than the former. The net result of these changes being a Conservative Government with a significant increase in seat numbers and an overall majority. On reflection the outcome should not have been as difficult to predict as appeared to be the case. However, the underlying policy implications are both interesting and paradoxical. The SNP is generally more left inclined than the (Labour) party it replaced, and Liberal support largely disappeared because their supporters were disillusioned with Tory policies being too right wing and not ‘liberal’ enough. Hence the paradox. As a result of two essentially left wing shifts in voting behaviour we have ended up with a more right wing government. Unless this point is recognised by the Tories it could easily make it much more difficult for them to win the next election; although there are other factors that could well operate in their favour. Dr Bruce Lloyd Emeritus Professor of Strategic Management London South Bank University. MSc (01) 1968.