Julian Birkinshaw and Rosie Parry
Strategy Entrepreneurship
Save to my profile

How many current Fortune 500 companies didn’t exist in 1995? In today’s ever-evolving, seemingly endlessly precarious business landscape, it might be tempting to assume many of the largest United States corporations are relatively young. Surely, that level of success would be near-impossible to cling onto for decades at time – especially with new challengers springing up every year?

Actually, the answer is just 17. The other 483 have all been around, in some shape or form, since the mid-nineties. Professor Julian Birkinshaw is a fan of this statistic, as it illustrates what he sees as an all-too-common fallacy in business: the overselling of digital disruption. Yes, our world is evolving. But the reality is many organisations are more than capable of adapting and continuing to thrive over the long term.

This argument formed the basis of Professor Birkinshaw’s contribution to this year’s TEDxLondonBusinessSchool event, Attention (!) Please.

“People tend to think the world is changing faster than it actually is.”

Preparing for a TEDx talk

This was Professor Birkinshaw’s second TEDxLondonBusinessSchool appearance. In 2017, he gave a talk entitled The costs of complexity – Reinventing management, so he was prepared for the challenge. “I am a fan of the short format”, he explains. “It’s easy to labour a point for hours and hours, but if you’ve really hit upon something interesting, you should be able to get your audience interested in just 15 or 20 minutes.” That said, he admits he probably terrified some of the organisers by refusing to write a full script for his talk, as many TEDx presenters do. “It’s my job to present ideas to an audience – and I get very bored by the sound of my own voice. I knew if I practised it to death, I would lose enthusiasm. On the other hand, if a talk feels fresh and the presenter is still excited by the content, that enthusiasm is infectious.”

Is business today a case of unicorns vs dinosaurs?

Professor Birkinshaw agrees that the narrative of unicorns (fast-growing startups) vs dinosaurs (large, established organisations) is a seductive one. But that doesn’t mean it’s correct. Rather, the organisations who succeed are more like ‘dancing elephants’: large, established organisations who are also able to adapt and grow with the times. Looking at the data from those Fortune 500 companies, there are clearly many more examples of these than we might think.

So where does all this anxiety around disruption come from? Professor Birkinshaw believes we’ve been labouring under what he calls a ‘shared delusion’ for a number of reasons. “People tend to think the world is changing faster than it actually is. On one hand, it’s understandable that we want to avoid complacency, especially in business, where the stakes are so high. But on the other, we have to interrogate our feelings about the world and not treat them as facts.”

The title of Professor Birkinshaw’s talk was inspired by Nobel Prize Winner Daniel Kahneman’s book Thinking, Fast and Slow. The book explores the two ways in which Kahneman believes we make decisions: fast, intuitive thinking, and slow, rational thinking. By understanding the difference, Kahneman argues we are more able to avoid our minds being tripped up by error and prejudice and make better choices.

By taking a step back and applying the principles of slow thinking to business, Professor Birkinshaw believes we can avoid placing too much importance in new, often-fleeting technologies and instead focus on more sustainable ventures. “Remember, there is money to be made in selling these prophecies”, he points out. “Blockchain, quantum computing – whatever it is, nine times out of ten these technologies will not change everything.” That said, he acknowledges the difficulties in balancing fears and facts. “Of course, leaders do need to be prepared for the 1% of development that do have the potential to make their organisation obsolete. This is why I finished my talk by calling for a combination of pragmatism and paranoia. This is tough, but it also reminds me of the F. Scott Fitzgerald quote, ‘the test of a first-rate intelligence is the ability to hold two opposed ideas in the mind at the same time, and still retain the ability to function’”. Looking ahead at business trends for 2022

What will this year bring? LBS faculty suggest what to watch in order to maximise opportunity, minimise risk and enjoy your working life 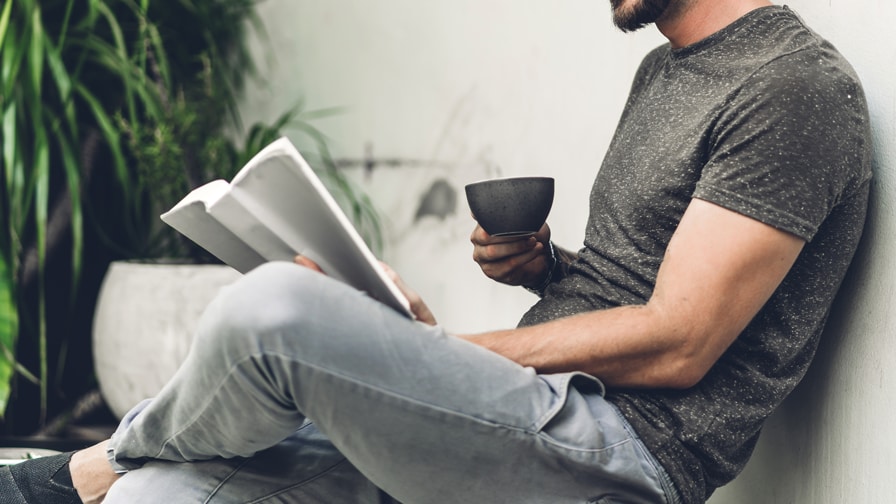 Reading to be cheerful

Enough doomscrolling, now is a great time to escape into a book or movie – as suggested by London Business School faculty.