Indus Towers: the India-way of business

Collaborative and with a unique business model, Indus Towers provides a powerful insight into the India-way of business.

Business management and operation
Save to my profile
Collaborative and with a unique business model, Indus Towers provides a powerful insight into the India-way of business. 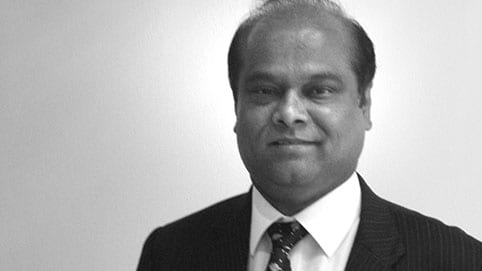 The unsightly infrastructure of the modern age can be seen through virtually any window. The lines of cable, the pylons and the towers; the plumbing of our high-tech lives.  For the most part it is benign and dormant. It is simply there.

But there is money to be made in this high-tech plumbing.  Consider mobile phone towers.  They are, usually, owned by a mobile phone operator to cover a particular area.  They stand, behind wire, doing their jobs, a necessary overhead, an inescapable operating cost. (Setting up and running the towers can account for almost 60 per cent of a mobile company's capital expenditure. It costs an average 3 million rupees [£35,000] to set up a tower.)

In India the major mobile phone operators began to think differently in 2007.  That was when Akhil Gupta, deputy group CEO and managing director of Bharti Enterprises, one of India’s largest mobile phone companies, called Arun Sarin, then chairman of Vodafone, and suggested they share their mobile phone towers in India.

In the fiercely competitive mobile phone market, calls for collaboration and sharing are rare.  The logic, however, was persuasive: a joint venture between the operators could cut costs and offer other opportunities to commercialise the towers.  The fast and chaotic development of the industry meant that towers had sprung up in ill organised clusters rather than according to any science or planning.

"The idea emanated from the fundamental philosophy that companies should focus on their core competency," said Akhil Gupta. "The business was about engineering, and we thought that this domain knowledge was better outside, given the skill sets required." Vodafone was soon on board and the duo then called on Idea Cellular, part of the Aditya Birla Group and another operator with a wide presence.

Things moved quickly.  In December 2007, a company was formed as a joint venture between the Bharti Group (which uses the brand name Airtel for its mobile services in India), Vodafone Group and the Aditya Birla Group.  Ownership is split with Vodafone and the Bharti Group each owning 42 per cent and the Birla Group 16 per cent.

Christened Indus Towers, the jointly owned company originally had 67,000 mobile phone towers – numbers were slightly confused as no one was exactly sure where every single tower was located.  Today, Indus Towers has operations in 16 out of the 22 telecom circles of India and owns more than 110,000 towers with 200,000 tenants. It is now the world’s largest independent tower operator and plans to add 5,000 new towers every year till 2015. Its billing will exceed $2 billion in revenues this year.  The potential in the Indian market is sizable. Standard Chartered Bank forecasts there will be 450,000 towers in the country by 2014.

Originally, virtually every rupee of Indus Towers’ income came from its three founding companies.  This is being reduced over time as income begins to flow in from renting out the towers to other users.  Now, the founders contribute around 85 per cent of revenue.  The number of tenancies of Indus Towers’ towers has risen from 74,000 to some 200,000.

The CEO of Indus Towers is BS Shantharaju. Before taking on the job in 2009 he was CEO of Delhi International Airport after its privatisation.  In his earlier career he worked with the Gujarat Gas Company Limited, India’s largest city gas distribution company, and SmithKline Beecham Pharmaceuticals as Finance Director of India and Country Head of Bangladesh.

When Shantharaju joined Delhi Airport it was considered to be one of the worst airports in the world.  Under his leadership, it rose to be rated as the sixth best airport in the world, and second in its category.  Approached by Indus Towers, Shantharaju referred back to a statement of purpose he wrote back early in his career in 1996.  “I will make a positive difference to the lives of people in this society.  That was the purpose statement I wrote in 1996,” he explains more than a quarter of a century later.

Of course, any joint venture brings with it the in-built potential for political problems.  Originally, each of the three joint venture partners had one of their executives occupying one of the major roles in the company – CEO, COO or CFO.  Experience proved educational and the decision was made to seek an outsider to ensure the company’s independence and to see the company forward.

“I was apprehensive initially,” remembers Shantharaju. “These are three competing companies in the marketplace and they’re trying to collaborate.  How is it going to work?  But the massive impact we can make overwhelmed me, and made me take the job. The first thing I learned is the three founding shareholders have a tremendous amount of chemistry among themselves.  They fight in the marketplace, very fiercely, but they collaborate on passive infrastructure so that it can create a very different business model in which costs can be brought down, and they can then fight the tariff war.”  With tariffs in India pared down the bone -- one sixth of sub-Saharan African tariff levels – collaboration over infrastructure becomes more of a business imperative than an optional strategic extra.

Shantharaju, an alumnus of London Business School, brought in a governance framework to enable the joint venture to work effectively.  Indus Towers has a different governance framework to deal with customer and shareholder issues.  As far as possible, the company ensures that people who deal with shareholder issues are different from those who deal with customer issues.   The end result, says BS Shantharaju, is that “when I have a governance meeting with the customer, all the discussions are about whether we are delivering service level agreements, whether we are rolling out what we’ve promised, whether we are reducing energy costs. This is what we deal with in the customer sphere. But when I sit with the shareholders, the discussion is what is the tenancy ratio, what are the other strategic issues, what is the free cash flow.  It is very clearly segregated”.

What business are you in?

When he first became CEO, Shantharaju challenged Indus Towers managers to consider which business the company is in. The confused answer was that Indus Towers was in the telecoms business, but it was also an infrastructure business.  This did not provide the clarity Shantharaju required.  “Your mindset to manage telecoms is different from your mindset to manage infrastructure. The moment you are in the infrastructure business, you think about the long term. How can you ensure that you will be in good shape?  You think about preventive maintenance, predictive maintenance. You think about how to build a long term life for your asset and how to actively engage with customers.”

After three months of debate it was decided that Indus Towers was an engineering services business.  Having decided this, says Shantharaju, made recruiting the right people much more straightforward.  “In the first year, probably half of my time was spent interviewing and recruiting.  We were looking for people who were highly process oriented and highly oriented on giving customers what they want. We brought in the best people from all walks of experience. That also ensured that the management team has become fiercely independent. Nobody has a right to return to the three founding companies.  None of my management team come from any of the three companies.”

The only criteria was straightforward – “I said that any vision statement we make, if we wake up anybody at midnight, our employee should be able to say the vision of our company, and should be able to explain it.  And we said that it should fit on a t-shirt.”  The resulting vision was: “We transform lives by enabling communication”.

With 1,300 employees, as well as an additional 30,000 employed through various outsourcing models, the emphasis is on keeping certain core skills under direct control while using outsourcing to provide flexibility.  Shantharaju preaches the virtues of simplicity and fighting off the constant urge of organisations to become unnecessarily complex.

Indus Towers now has a world class operating centre which directly receives all alarms from the towers. This is a big undertaking. In 2011 456 million alarms were received divided into critical alarms and non-critical alarms.  This knowledge is regarded as core.  Through monitoring the alarms the company can better understand how its assets are performing, which towers are frequently failing and which are the towers which are well-maintained.

When Indus Towers was set up, the average monthly down time for a tower was 242 minutes.  Today, it is less than 11 minutes.

The company is also making environmental progress.  Most towers are powered by diesel and this is an obvious environmental issue. It is reducing the diesel-powered towers quickly – 10 per cent are now diesel-free and the target is to raise this to 20 per cent by early 2013.

But it is the human side of the business which BS Shantharaju believes provides his biggest challenge.  “It is a messy highly distributed business. So, how do you get the people on the ground well trained, motivated and emotionally connected to the asset they oversee? As a company, we are the economic trustees of the tower, but the emotional trustee is the last man in the line who is managing that tower.”

In one initiative, the company suggested that the technicians responsible for the towers invite their families along to see the towers for themselves.  Next, the company put signs on the towers giving the name of the technicians responsible for their upkeep.  This emphasised the personal connection.   The initial pilot of 100 technicians spread to 10,000. These are not direct employees of Indus Towers. The belief is that the loyalty of the individual will potentially outlast any outsourcing arrangement.

“I have only one simple philosophy,” says Shantharaju. “I do not expect that employees are tied to Indus for their lifetime.  But when they leave Indus Towers and go to another company, they should go as our ambassadors.  They should go and speak well of Indus Towers.  And they should contribute to our reputation.  If you have done that, you’ve done a great job.”