The best thinking in business is increasingly Indian in origin and inspiration. Stuart Crainer and Des Dearlove chart the rise of a new ...

Des Dearlove and Stuart Crainer
Leadership
Save to my profile

The rarified world of business thinking has been largely American terrain over the last hundred years. 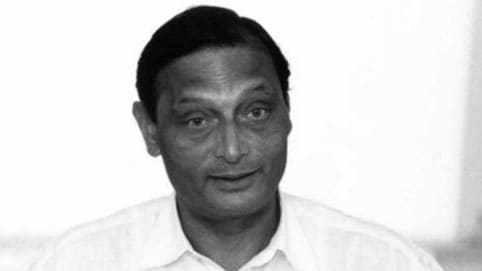 From Frederick Taylor with his stopwatch at the beginning of the twentieth century to the modern generation of gurus, Americans have monopolised business wisdom. Even the brief love affair with Japanese business practices in the early 1980s was intellectually colonised by American thinkers such as W. Edwards Deming and Richard Pascale.

Now, change is in the air. A new generation of thinkers and ideas is emerging from India. Superstars in the business guru firmament include CK Prahalad, co-author of the bestselling Competing for the Future; itinerant executive coach, Ram Charan; Nobel laureate in economics, Amartya Sen; Vijay Govindarajan, professor of international business at Dartmouth College’s Tuck School of Business; and would also have included London Business School’s Sumantra Ghoshal who tragically died in 2004.

“The thinkers are often first generation immigrants to the West. Almost all have had first hand experience working in typically chaotic Indian businesses,” says Dr. Gita Piramal, founder and managing editor of the Indian management magazine, The Smart Manager. “Some, like Sumantra, worked in the public sector. CK’s first job was in Union Carbide’s battery factory in Chennai, and he also worked in a company making pistons. Ram Charan was born and brought up as part of an extended family of 13 that ran a shoe shop. All pulled themselves out of India and many have a Harvard link.”

Just below the established luminaries, too, is a group of up-andcoming stars. The faculty lists of the world’s most prestigious business schools contain an increasing number of academics with Indian roots. They include Rakesh Khurana, Nitin Nohria and Krishna Palepu at Harvard Business School; Jagdish Bhagawati at Columbia; Deepak Jain and Mohanbir Sawhney at Northwestern’s Kellogg School; and Raj Reddy at Carnegie Mellon.

More will undoubtedly follow. The world’s MBA programmes have a growing number of Indian students. This is not just an American phenomenon. For the first time this year, the biggest national contingent at France’s business school, INSEAD, is Indian. At the Swiss school IMD numbers of Indians on its MBA programme are up 133 per cent since 2001.