In memory of Professor John Hunt

Paying tribute to a universally respected lecturer and thought leader

Rob Morris
Organisational behaviour
Save to my profile

Paying tribute to a universally respected lecturer and thought leader who inspired so many with his insights into business performance, leadership and motivation 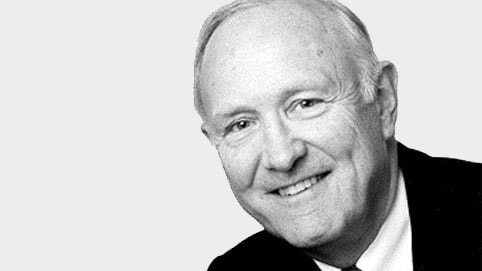 The greatest mistake any business can make is to treat management as a science and view employees as cogs in a bureaucratic machine. That was the view of Professor John Hunt, who sadly died aged 78 in October 2015.

As Plowden Professor of Organisational Behaviour at London Business School, Professor Hunt was a leading authority on leadership and why companies should recognise the importance of emotion. In 1989, he argued that organisations took a scientific rationalist approach by relying too much on structure rather than gut feeling.

This approach led to a bureaucratic and regulated society, which people had no interest in. They were, according to Professor Hunt, more inspired by the irrational, emotional and creative side of business.

The role of national identity in corporate culture was another topic that sparked some of Professor Hunt’s most interesting work. His research showed that the British are more individualistic than their European counterparts, perhaps explaining why they are seemingly better at inventing things and establishing rather than running businesses. He also found that the British often reject bureaucracy in large, powerful organisations.

Away from his research, Professor Hunt taught students and executives about how they and their companies operated. Participants on his executive training programmes at LBS underwent a 360-degree appraisal, which involved getting their superiors, peers and subordinates to assess them.

The exercise was not for the faint-hearted, as executives from the Financial Times (FT) learnt while on his programme. When recalling his experience of learning from Professor Hunt, the FT’s editor, Lionel Barber, said:

“John Hunt gave me a memorable four-day senior management course in early 1999, shortly after I was appointed news editor. I had previously been warned by Richard Lambert, then editor, that John’s course was tougher than SAS training because it would expose all flaws in the group. Tears might happen, too. They did.”

Barber added: “John’s penetrating eyes cut through all attempts to dissemble, but he had a human touch.”

In his tribute to Professor Hunt, which appeared in the FT, Professor Goffee wrote: “Unlike many academics, John was a generous sharer of his knowledge, insights and materials. He managed to develop a group of young academics with limited business school experience into a world-class teaching group – all of whom went on to be chairs at LBS or other leading business schools in the UK. John didn’t just teach team building and personal development – he practised it.”

Writing for the FT was another passion that Professor Hunt found time for in his busy schedule. In his fortnightly column, which he wrote from 1997 to 2002, Professor Hunt often challenged conventional wisdom about leaders and what inspired them. When writing about stress, he argued that because chief executives eat better food, exercise more and live longer, they suffer far less than workers lower down the hierarchy.

Born in 1937 in Cessnock, New South Wales, John was the second of four children of school teachers. He studied education at Sydney University and began teaching at a private boys’ school after completing six months of national service. He returned to his studies in the mid-60s, completing a doctorate and MBA at the University of New South Wales.

In 1972, he became an assistant professorship at Macquarie University, Sydney, and subsequently a visiting professor at Carnegie Mellon University in Pittsburgh. At that time, Professor Hunt wrote his first book The Restless Organisation in which he explained why in order to succeed, businesses needed a good culture and strong relationships between individuals.

John was appointed to visiting professorships at LBS and the Centre d’Etudes Industrielle in Geneva in 1977. He later secured a permanent post at LBS as Plowden Professor of Organisational Behaviour.  Among the other books he wrote, Managing People at Work was one of his most successful, selling 100,000 copies. In 1999, he was appointed CBE.

John and his late wife Wendy Smith, whom he married in 1964, are survived by their son and two daughters.