It is an idea diametrically opposed to that of most managers: that play and work can coexist productively.

Georgina Peters , Babis Mainemelis and Sarah Harvey
Organisational behaviour
Save to my profile

It is an idea diametrically opposed to that of most managers: that play and work can coexist productively. 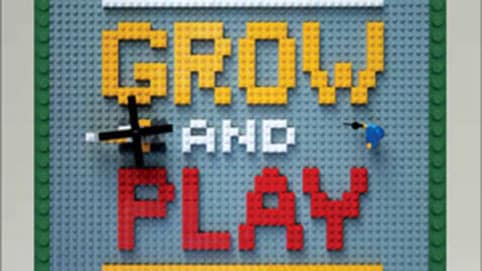 In conversation with Georgina Peters, Babis Mainemelis and Sarah Harvey suggest that you and your employees should play more: it can help your company evolve into one that’s more creative, innovative – and fun.

Do you find it hard for some people to connect play with the “real world” of hard work?

For some, yes. Play is for kids, poets and hobbyists – it’s not what successful hard working adults do – or so they think. But we try to get them to open their minds to the possibility that many top businesses were started by people who wanted both to work hard and play hard.

We could name many companies and even industries. Consider that Disney, Ferrari, Harley Davidson, life insurance, aerospace engineering, and Silicon Valley did not start as sober and detailed business plans. These companies and industries were all born out of the passionate play of their founders. Walt Disney, in fact, admitted that much of what he did was founded on play: “Disneyland is a work of love. We didn’t go into Disneyland just with the idea of making money.”

But hasn’t the world changed to a more serious tone, given fierce global competition?

On the contrary, the work culture is becoming more playful in part because of fierce global competition. Companies that persist with rigid and parochial mindsets have a good recipe for vacillation or extinction in the long run. In the modern global economy the “hard currencies” are flexibility, adaptability, and the capacity for renewal. Nature has given us play to help us practice and calibrate these very qualities. We would also say that global businesses are run by global teams. Compare teams that have sky-high motivation with business-as- usual teams. In most high-performing teams, you’ll find people at play. That might not be what they call it, but it’s play all right. Moreover, compare businesses that survived the test of time by being adaptive with those that became extinct. You’ll find that the former did something other firms failed to do: they embraced play as a part of their cultures.

So, a company devoid of play might also be one that’s devoid of promise?

Well, it is likely to be a company that is not very interesting! And largely void of both human and business promise for that reason. For many people the “real world of hard work” is boring, stifling, or otherwise less-than-satisfying; play, or the absence of it, is a big part of that problem. Each year, business journals tout the most admired companies. Isn’t it interesting that, year after year, the same names crop up? For example, think about Apple, 3M, IDEO, Google, Gore, Electronic Arts, Pixar. Now, why is that? Our view is that such companies have crafted an organizational culture that nurtures play to the benefit of both their employees and their clients. Steve Jobs has always been clear about it: “I think we’re having fun. I think our customers really like our products. And we're always trying to do better.”

Then these companies have become winners because they know how to play.

You will find that the winners have followed nature’s path to creativity: the fun yet serious business of play. A cultural transformation is currently underway in the business world. It is a transformation staged by progressive companies that break away from a 300-year-old work ethic that has tried, unsuccessfully, to exile play from the workplace. These companies have not merely opened the doors of their workplaces to play: they have placed play at the heart of a corporate culture in which discovery and invention thrive. Although these companies have youthful and playful cultures, they can be considered as the true grown-ups in the business landscape. They took a bold decision to break away from the past; they are not afraid to play.

How much of what you’re saying comes down to your own wishes about how you’d like the workplace to be?

While we, of course, have our own preferences about how to work, we have come to believe in the power of play after doing extensive research. For several years, we have studied how creative organizations manage to transform play into a winning asset for creativity and innovation. We have collected data and observations about play and creativity in the United States, UK, France, Greece, Portugal, South Africa, and Dubai. We interviewed creative professionals and directly observed creative teams at work in diverse industries, including a large broadcasting corporation, a software firm, a sailing boat company, a telecommunications organization and a symphony orchestra.