Adam Kingl explores the importance of the 'team value proposition'.

Adam Kingl
Leadership
Save to my profile

Adam Kingl explores the importance of the 'team value proposition.' 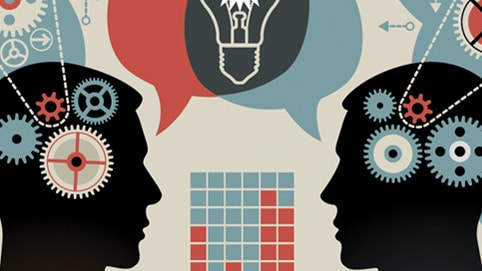 Most literature has to date focused on how to lead Generation Y, popularly identified as those born between approximately 1980 and 2000. After all, this group has represented our graduate level employees for over ten years. Employers have thought hard about how to attract and retain the best of these high potentials.  However, this task has proven to be exceptionally difficult, as if the deal has changed, as if these employees never intended to stay more than just a few years in the first place, no matter the package. This has been the initial Gen Y challenge.

The more recent challenge is that the oldest of Generation Y are entering their 30s and are no longer just young graduates looking for a foothold on the career ladder. They now count among their numbers managers, seasoned specialists and professionals, even well-known CEOs such as Mark Zuckerberg. In other words, we have spent so much energy diagnosing how to lead Gen Y, but Gen Ys are now starting to lead themselves.

While we have been aware of the first challenge for some time, we are only now becoming cognisant of the second. Beyond plenty of anecdotal information to assist our understanding of these challenges, London Business School has undertaken a survey to add more tangible insight.

Since 2009, London Business School has been issuing a survey to the participants of our executive education open enrolment Emerging Leaders Programme, asking their attitudes toward work, employee engagement, and leadership paradigms. This course is a training ground for the global managers of the future. Participants are almost all Gen Y; their average age is 29, and the survey respondents come from 33 countries.

One of the key questions this survey asks is if participants feel more loyalty to their team or to their organisation. The majority, 54%, answered that their loyalty lay with the team. While 54% cannot be interpreted as a vast majority, it is significant that even this large portion of respondents answered in favour of the team. This turns the classic idea of employer value proposition on its head.

There is a greater responsibility than ever for team leaders and department heads to consciously and proactively develop a team cohesion, a tangible community. Gen Y grew up, after all, with social media, in the age of community and connection. Institutional influence has less sway over this generation than any time since perhaps the rebellion against incumbent authority during the 1960s. Today, long-term company benefits such as pensions, steady but gradual promotion, mean less to the Gen Y employee than immediate challenge, development, opportunity, and meaning.

This last quality, that of purpose, is critical. The power of ‘why we are here; what it means to work here’ has never been more important to employees.  If the transactional nature of work, the lower levels of Maslow’s hierarchy, are losing sway, then the higher order of meaning surely needs to be owned by team leaders and within the everyday dialogue of the team.

Another powerful tool at the team leader’s disposal for employee engagement is team development. Rather than rewarding individuals with executive training and professional development, there is more impact to developing the entire team together. They build a common vocabulary, a collective call to action, a stronger culture, and a renewed and sharpened focus.  If teams can achieve a profound impact by growing ever more effective and significant in the footprint they make on their world, then their members have dwindling reasons to look elsewhere for career development.

The older segment of Generation Y, those attaining leadership positions in their own right, understand this dynamic better than anyone. As more Gen Ys emerge into leadership, not only will the ‘team value proposition’ come to the fore, but the paradigm of the generation of community will start to influence the organisation’s priorities, the way it organises internally, creates incentives, and defines what success means for the company. We are quickly approaching a meridian, and once it is crossed, the fundamental questions of company life that we have answered from the perspective and experience of the 20th century will be transparently anachronistic.

The full results of the survey will be shared at London Business School’s Global Leadership Summit on 24 June 2014. The most significant answers and their implications are yet to come.