A lot of things seem to be creaking in the UK at the moment and the relationship between company boards and their investors is no exception. A recent report on The State of Stewardship by Tulchan Group, the corporate communications advisory firm, laid bare some of the frustrations of UK directors. They reported a common perception of company chairs “that strategic engagement with shareholders about a company’s strategy and performance is being eclipsed by a mechanical process where investors vote on board resolutions based on detailed, prescriptive rules on matters not always central to companies’ long-term success.”

Investors don’t agree with this bleak picture, and instead feel that directors aren’t taking sufficient account of the changing nature of the UK investment landscape. Recent research by The Investor Forum shows that in the last two decades UK institutional ownership of the FTSE by pension funds and insurance companies has fallen from 52% to 4%, largely replaced by international ownership, which has increased from 12% to 56% over the same period. At the same time the shift from active to index fund investment means that amongst the top 30 investors in the FTSE, UK active funds now only make up 8.3% of the market, as opposed to 14.9% for index funds.

These trends have inevitably led to a change in the nature of investment in the UK market, with consequences for the level and nature of stewardship resources able to engage with UK companies. The growth in international ownership has inevitably led to the increased influence of proxy voting agencies such as Institutional Shareholder Services.

At the same time, the demands of investors’ clients have evolved, with an increased focus on environmental and social objectives alongside traditional shareholder value maximisation. All of these changes make the UK stock market seem a very different place from the past.

The differences in view between directors and investors become a chasm when we come to executive pay. My research with Alex Edmans, Professor of Finance at London Business School and Dirk Jenter, Professor of Finance at the London School of Economics, shows the extent of disagreement between boards and investors on this topic. Fully 77% of investors think that CEO pay in the UK is too high or far too high.

Investors blame boards for this, with 86% saying that boards are ineffective at lowering pay even though they should. Only 18% of investors think that lowering the pay of the next CEO by as much as one-third would result in the typical company recruiting a lower quality candidate. One fund manager claimed that “CEOs should not just be motivated by quantum of compensation – that suggests they have the wrong person.”

Directors take a very different view. More than three-quarters say that investors have prevented them offering the level of pay that would be best for the company: in other words, constraints imposed by shareholders are preventing directors from maximising shareholder value. The same goes for the structure of pay. Directors were also less sanguine about the consequences of these constraints on pay. Of those that had been forced to offer lower pay than they wanted, 59% said there were adverse consequences, which ranged from either losing their CEO or missing out on their candidate of choice (20%) through to the CEO being demotivated (42%).

As for materially reducing the level of pay for the next CEO, 59% of directors said that it would result in them recruiting a lower quality of candidate. One director expressed the mood of many when they said that “This is becoming a joke. Good people are leaving public companies for private equity in droves.”

So investors think that boards are weak and not doing their job to control pay. By contrast, boards think that investors are ignorant of the realities of attracting, retaining and motivating CEOs who have increasingly attractive opportunities in private markets in the UK, let alone overseas.

This level of mutual incomprehension means that any spark can quickly blow up into confrontation. With this backdrop alone, things would be bad enough, but there’s more. There are several aspects of the particular backdrop to 2023 AGMs that are potentially troublesome.

Up to 2008, salary increases for CEO of 7-8% a year were common. This had long been a source of frustration to investors who felt that some CEOs were on a benchmark-driven gravy train, regardless of performance. Since the financial crisis, investors have successfully squeezed salary inflation out of the system by creating an expectation of pay freezes in case of weak corporate performance and beyond that only allowing salary increases aligned with the wider workforce. This has kept median salary increases for CEOs to around 2% a year for the last decade or more.

But this year is different, with inflation pushing employee salary increases towards 7%. Executives are starting to chafe at years of restraint, particularly when COVID-induced salary and bonus cuts are added to the mix. So expect to see some cases of CEO salary increases close to the wider workforce level. But while this sounds reasonable at a superficial level, it will soon be noticed that a salary increase of 7% on a salary of £1m isn’t modest, but rather equates to three times the pay of a full-time employee on the Real Living Wage calculated by The Living Wage Foundation.

Last year we saw an emerging focus on low pay from investor activists, most notably with the resolution sponsored by ShareAction to force Sainsburys, the UK supermarket, to become a Living Wage accredited employer. Significant salary increases for CEOs, even if they lag inflation, will add grist to this mill.

During Covid many companies showed solidarity with employees placed on furlough by cutting bonuses for senior executives. Investors made it clear that paying CEOs bonuses from money provided by Government support schemes was unacceptable.

But in 2021 bonuses surged back to their highest level in recent memory. In part this was due to targets that were set in an overly pessimistic environment at the end of 2020, before vaccines were rolled out. But also, having asked executives to fall on their swords when it came to bonuses due to be paid in 2020, boards weren’t inclined to sharpen their pencils too much when marking those same executives’ homework in 2021.

This year we have a different problem. Despite inflation and energy price increases, Government support has again meant that corporate performance may not be too bad for 2022 as a whole. But the economy is clearly slipping into recession. Bonuses based on a not-too-bad 2022 out-turn may look tin-eared when announced in early 2023, quite possibly as we’re going into the teeth of a nasty recession.

The final potential flashpoint is long-term incentive plans (LTIPs). Often misunderstood by everyone except the consultants that design them, LTIPs are awards of shares that pay-out after three years provided performance targets are hit. The initial award of shares at the start of the three-year period is defined as a monetary amount in £, €, or $. So the lower the share price, the more shares are awarded. In late February and early March 2020 that was a problem, as many companies had experienced a share price fall of one-third or more over just a few days. One-third lower share price means 50% more shares. But for many companies those same share prices bounced back to where they had been in the matter of just a few weeks. Investors warned companies at the time that this created a windfall for CEOs that they expected boards to do something about. Boards responded to this demand with varying degrees of clarity and conviction.

It's going to be a tough ask for boards to pare back rewards to CEOs, who have already suffered from reduced pay-outs during COVID and who have probably never done harder or more important work in their lives than leading their companies over the last three years. But at the same time, with inflated LTIP pay-outs flowing straight through to the widely reported “single figure” of total CEO pay, investors will not be able to stand idly by as apparently inflation-busting total pay increases are reported in the press.

There are no easy answers. It’s easy to say that this is a year for boards to exercise restraint as Rishi Sunak recently urged. It’s even true. But on the other hand, the UK is becoming an ever less attractive place to be a CEO, with pay having fallen and become harder to earn since the financial crisis with salary restraint and pension cuts being combined with lengthening deferral periods and introduction of clawback clauses on pay plans. Executives have other options about where they work, although the impacts are hard to prove. In most cases CEO pay restraint doesn’t result in CEO resignations. Most know what they are letting themselves in for. Instead, pay restraint shows up in the candidates you don’t get.

Two straws in the wind are the reduced number of non-UK nationals leading FTSE-100 companies and the increased numbers of internal promotions when CEO vacancies arise. Sometimes this is due to improved succession planning in organisations. But sometimes its due to the inability of boards to get external candidates interested in the job.

We need to be careful what we wish for. The UK stock market is hardly on a winning streak at the moment and has declined from 10% to 4% of global market capitalisation in just a couple of decades. Our stock market isn’t thriving. CEOs matter, and looking for cut price CEOs can be a false economy.

But on the other hand politics matter too, and investors are hardly in a mood to take bullets to protect boards that get it wrong. Boards will need the judgement of Solomon.

Tom Gosling is an Executive Fellow in the Department of Finance at London Business School. He was a Partner at PwC from 2005 to 2020, where he established and led the firm’s London Executive Pay consulting practice. Reinterpreting the role of the board of directors 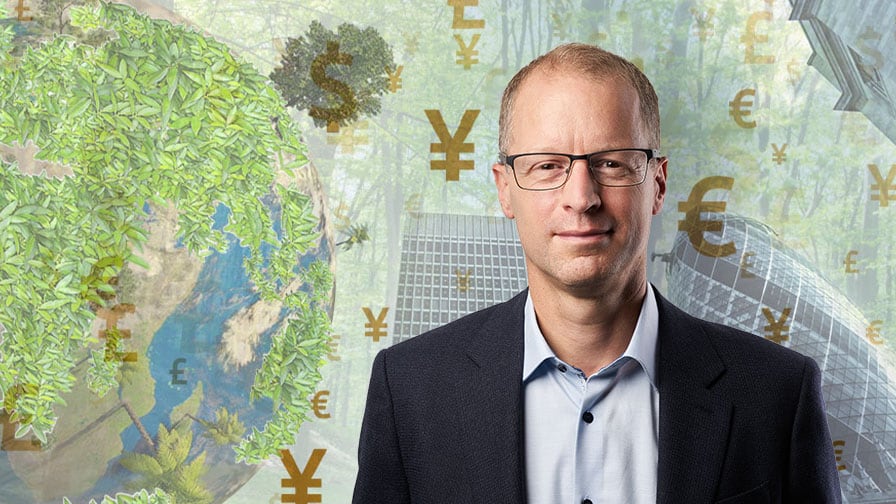 There is unstoppable momentum behind linking executive pay to ESG targets. That’s not all good news.