Don't wait for the SWOT analysis

For internet entrepreneur Koen Thijssen, Asia’s frontier markets are a much more attractive prospect than its emerging markets.

Clint Witchalls
Save to my profile

For internet entrepreneur Koen Thijssen, Asia’s frontier markets are a much more attractive prospect than its emerging markets. They are diamonds in the rough… 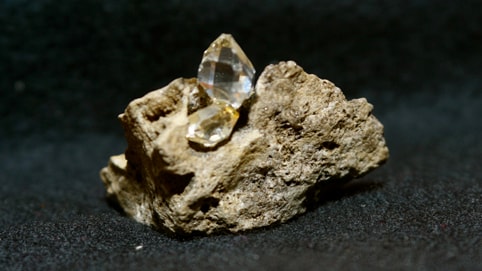 A lot of nuance is lost when people talk about “the Asian market”. It’s really three distinct markets: developed, emerging and frontier. For an entrepreneur like Koen Thijssen, co-CEO at Asia Internet Holding at Rocket Internet, the developed markets are not particularly exciting. “More exciting are the emerging markets,” says Mr Thijssen. “GDP levels are obviously not as attractive as in developed markets, but they’re growing rapidly and connectivity is increasing, fast.”

According to tech analysts, smartphone penetration in Asia’s emerging markets is going to double in the next five years. “That means, from the point that we are today, we’ll get a new addressable market of 100 million people,” says Mr Thijssen. “How often does it happen that you’re present in a market and your addressable market increases in a five year time span with 100 million potential clients? It’s a super-big macroeconomic tailwind you’re getting in these markets.”

Some of the downsides to doing business in emerging markets is that credit card penetration is low, infrastructure is often poor, and competition is fierce. “Five years ago, nobody thought you could build an internet business in the Philippines or Indonesia, but nowadays, especially after the success of Flipkart and Alibaba, emerging markets are on everybody’s radar,” says Mr Thijssen.

Mr Thijssen prefers to be off the radar. For him, Asia’s frontier markets are a much more attractive prospect than its emerging markets. They are diamonds in the rough.

“How often, when you’re thinking about starting a business, do you think about Pakistan, Bangladesh or Myanmar?” asks Mr Thijssen. “That’s 400 million people. This is going to be a sizable market, and nobody’s thinking of it.”

“In the next couple of years, more than 100 million people are going to come online, and we can cater to them,” says Mr Thijssen. “It’s still possible to build an Amazon here, a Right Move, car classifieds, Ubers. There are a lot of opportunities in these markets.”

There are downsides too; chief among them being a lack of infrastructure. When Mr Thijssen took his business to Myanmar two and a half years ago, he found that paying people was not straightforward. There were no cash points and nobody would accept a debit or credit card. And, for the first year, he was unable to make a bank transfer into Myanmar.

“Can you imagine having 30 or 40 people on your payroll in a country where you’re building operations from scratch and you can’t wire in money?” says Mr Thijssen.

The only recourse open to the young entrepreneur was to leave the country, fill a backpack with cash—enough to fund the next leg of the project—and then return to Myanmar. He did this once every six weeks, lugging $100,000 in cash over the border, filling in forms, answering suspicious border guards’ questions.

So how should entrepreneurs capitalise on these frontier market opportunities? First of all, says Mr Thijssen, find a business model that you find attractive and that is proven to work. Mr Thijssen’s organisation is known for copying internet business models that have been successful in the US or Europe and then adapting them for undeserved or untapped markets.

“And then we move at rocket speed,” says Mr Thijssen. “We don’t spend time doing elaborate studies of the market, making a SWOT analysis, making analysis of the purchase power, we just get into these markets and we start building a team. We start small and as soon as we have traction, we scale. We scale until we reach market leadership. We don’t waste a year of having expensive consultants and investment bankers analysing the market and then concluding that they don’t really know. Just get in there, roll up your sleeves, and start building. That’s our secret sauce for market leadership.”

Mr Thijssen is very upbeat about growth in Asia in the next 10 years, particularly in the markets he’s operating in. “It’s not a question of if these markets will be valuable, it’s a question of when they will be valuable,” he says. “And if you wait till they are valuable, then it’s too late. So you can either act now or you can wait ten years to read the case study about how the giants, the new Alibaba, got built in Myanmar in 2015.”