Research in action: Streamlining the Supply of Malaria Drugs in Zambia

Jérémie Gallien
Innovation
Save to my profile 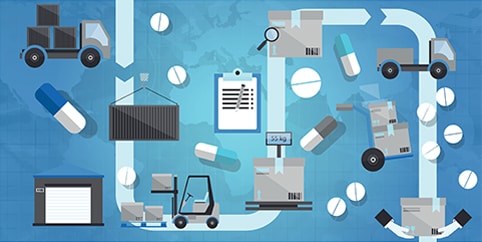 Malaria is one of Africa’s biggest killers, among the top five causes of death. There were an estimated 584,000 malaria deaths globally in 2013, with 90 per cent of these in Africa (World Malaria Report 2014). It is estimated that 437,000 of these deaths were children in Africa who died before their fifth birthday.

There is high-profile activity from organisations including the Global Fund, the Wellcome Trust and the Bill and Melinda Gates Foundation, which last year increased its malaria programme budget by 30 per cent to over $200m a year. But the scope of the challenge is enormous, and resource remains an issue.

It’s not the only problem. Delays and inefficiencies around diagnosis and distribution also affect the ability to control this infection.  Until recently, the supply chain science around this has been a poor cousin to the major strands of medical and social research around prevention, treatment and management. But research by London Business School’s Jérémie Gallien suggests potential for impact through maximising supply chain efficiencies could be profound.

Professor Gallien’s previous research has seen him collaborate with large corporations including Amazon, Zara and Dell, solving complex challenges around supply chain management, operations management and system optimisation. His interest in healthcare systems was piqued when a co-author mentioned some of the analytical supply chain modelling and field testing work he had done with Zara and Dell was relevant to an ongoing pilot experiment in Zambia’s public pharmaceutical system.

“There was obviously a strong sense of meaning and positive impact around the idea of applying my research expertise to global health challenges,” he says. “I was always excited about its prospects. I had always felt a strong connection with Africa and my family includes many doctors, so this professional orientation was meaningful to me.”

He was initially concerned that global health would offer limited research opportunities, but soon realised the opposite was true.

At first I believed it boiled down to lack of resources. But through field visits, I realised the challenge of global health delivery, that is making personnel, material commodities, medical technology and expertise accessible to patients, had many interesting aspects and my research work in private sector supply chain analytics could prove useful.

The availability of malaria drugs in sub-Saharan Africa is a specific concern. If the right drugs are unavailable, patients risk not getting the medicine they need or may start treatment which runs dry. The impact is significant: patients may die, and there is increased risk of resistance to drugs in the overall population.

The problems of stock-outs in sub- Saharan Africa were well-reported. The WHO highlighted in 2009 that funding the purchase of medicines and vaccines had improved – but distribution of supplies had not. Patients were dying, not because countries couldn’t afford the drugs but because they weren’t receiving them. Distribution of essential medical drugs and supplies to remote areas i s hindered by many challenges: low population density, transport availability, poor road and communication infrastructure and accessibility.

Professor Gallien’s team, including Zachary Leung from MIT, Prashant Yadav from the University of Michigan and Ana Chen from Analytics Operations Engineering, focused on the “supply chain’s nervous system” – inventory control on the availability of drugs. Because in remote rural clinics electricity and access to computers is problematic, obtaining the inventory data was daunting. Working with the World Bank and Zambia’s Medical Stores Limited employees took pictures of the paper forms on which stock was reported in dozens of health clinics around Zambia. Thousands of pictures were digitised by a data-entry firm to form a dataset for Professor Gallien’s analysis. The results showed that in many instances the main issue was not the volume of supply, but supply chain management problems such as inventory control and transportation planning. The problem identified, the team developed and evaluated various solutions.

They suggested patient access to drugs could be significantly improved by replacing the paper-based process with a specifically designed digital stock transaction reporting system. This included sending inventory information via smartphones with barcode scanners. They also built mathematical models to forecast demand and determine the volume of drugs sent to each health facility in any given time period. Professor Gallien’s team checked its simulations against the digitised stock card dataset and other data from an earlier Zambian Ministry of Health field study.

The work prompted collaborative development of a new inventory system known as eZICS, involving Zambia’s Ministry of Health, Medical Stores Limited, IBM, Crown Agents and the World Bank. A large-scale, controlled field pilot of the new system was approved in three Zambian districts. Professor Gallien’s work also prompted the USAID Deliver project to commission a study on inventory control, which includes the statement, “The Gallien et al article… and the research efforts of its authors have become a benchmark of sorts for conceptualising the management of seasonal commodities in Zambia”.

While the full impact of the research is still developing, it has been recognised: a paper based on Professor Gallien’s Zambia work won Best Paper from the INFORMS Public Sector Society in 2012. Gallien is committed to continuing to apply supply chain science to improve global health delivery systems. “The more I work in this area, the more opportunities I come across, so the agenda of analysing global health systems will likely occupy the rest of my career,” he says.