For a firm to experience long-term sustained competitive advantage it must invest in human resources and deploy its scarce assets in the ... 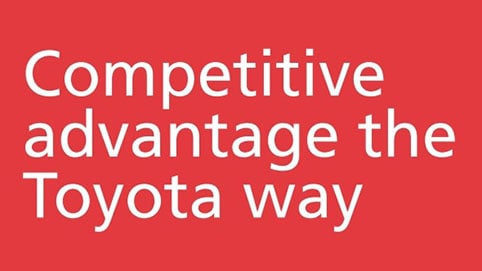 Gary R Fane, M Reza Vaghefi, Cheryl Van Deusen and Louis A Woods say that Japanese car maker Toyota is a supreme example of a company that has done just that.


A firm’s external environment involves both geographic factors and cultural elements. Location and resources are crucial geographic factors influencing both national and corporate success, with population characteristics and institutional arrangements making up the most meaningful components of the cultural elements affecting both the success of firms and of nations.


During the period after the second world war, at least through the 1980s, Japan and Japanese firms seemed to have successfully adapted themselves to the competitive forces of emerging global markets. In spite of a poor natural resource base, a dramatically altered set of institutional arrangements (a combination of democratic government, free-markets and the rule of law) created a propitious atmosphere for innovative behaviour.


Nowhere were adaptations to this altered environment more apparent than in the Japanese automobile and semiconductor industries and no firm was more successful, admired and emulated than Toyota Motor Corporation.


Indicative of these changes is a Fortune magazine article, published several years ago, which provided a popular assessment of the successes of Toyota. It reported that Toyota was named the most admired motor vehicle manufacturer in the world in 1997, 1998 and 1999 as well as being ranked 11th among the world’s most admired companies in 1998 alongside firms that have been recognised for setting world-class standards of performance in a wide variety of industrial groups (General Electric, Coca-Cola, Microsoft, Disney and so on). More recently, Fortune ranked Toyota as top automobile manufacturer in the world. A total of 14 international automobile manufacturing firms were included in Fortune’s evaluation of the global motor vehicle industry, including Ford Motor Company and General Motors.