Robert Edward "Ted" Turner III (born November 19, 1938)[2] is an American media mogul and philanthropist. As a businessman, he is known ...

Ted Turner
Leadership
Save to my profile

Robert Edward "Ted" Turner III (born November 19, 1938)[2] is an American media mogul and philanthropist. As a businessman, he is known as founder of the cable news network CNN, the first dedicated 24-hour cable news channel. 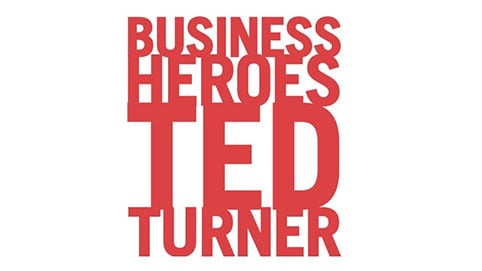 Robert Edward Turner III was born in Cincinnati, Ohio, in 1938. His checkered school life was notable for eccentric and unconventional behaviour rather than academic excellence. At McCallie, an exclusive school for boys in Chattanooga, Tennessee, Turner was an unruly pupil. He betrayed a penchant for taxidermy and catching squirrels in pillowcases. McCallie’s method of punishing offenders was to issue demerits. Each demerit required the recipient to walk a quarter of a mile. Turner earned over 1000 demerits in his first year; further than any pupil could walk in the time available. The school was forced to reinvent its disciplinary methods especially for Turner.

At Brown University, Turner continued to challenge authority – though squirrels were no longer involved. Eventually, caught with a woman in his room, he was asked to leave, but not before he had made a name for himself on the university sailing team. Sailing was to remain an abiding passion and he later won the America’s Cup in 1977, with his yacht Courageous.

After university Turner returned home to work in his father’s advertising billboard business. His father made him manager of the firm’s operation in Macon, Georgia. Turner married, and settled down to a tough schedule working 15 hours a day. He was a natural salesman.

Turner’s often difficult relationship with his father came to a shocking end in March 1963. When Turner was just 24, his father, under severe pressure at work, took a silver .38 revolver and shot himself in the head. In these terrible circumstances Turner became president and COO of the Turner Advertising Company.