Raymond "Ray" Albert Kroc
Leadership
Save to my profile

Raymond "Ray" Albert Kroc (October 5, 1902 – January 14, 1984)[1] was a Czech American businessman who took over the small-scale McDonald's Corporation franchise in 1954 and built it into the most successful fast food operation in the world. 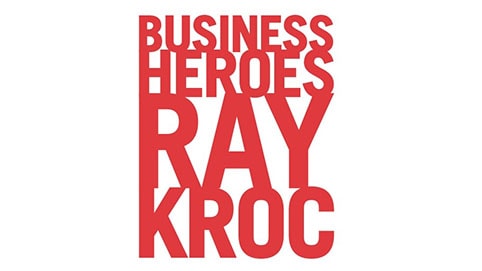 Few people can claim to have changed the way the world eats. Ray Kroc did so by single-handedly inventing the modern concept of fast food. Born in Oak Park, Illinois on 5th October, 1902, Kroc’s life and career can be divided up into two periods, pre-McDonald’s and post-McDonald’s. In life pre-McDonald’s Kroc tried out at a variety of jobs before carving out a role as a milkshake mixer salesman.

At 15, Kroc lied about his age, so he could take part in World War I – as an ambulance driver for the Red Cross. Disappointingly for Kroc the nearest he got to Europe was Connecticut. He was still finishing his training the day the war ended.

Having missed out on the war, Kroc looked for a job. In 1922, after some time spent playing the piano for a living, he landed a job selling paper cups for the Lily Tulip Cup Company. Kroc was a good salesman and had an eye for business. When one of his customers, Earl Prince, patron of Prince Multimixers, showed Kroc the five-spindle mixer he had invented, Kroc switched companies. He got a contract to sell the mixers nationally and for the next 17 years that was exactly what he did. At 52, Kroc had spent most of his working life selling mixers. He had been a good salesman, was comfortably off, and like most people of that age was thinking about his retirement. Until that is, the fateful day in 1954 when he walked into the small burger restaurant in San Bernardino run by the McDonald brothers.