Beyond the city limits

The cost of renting office space in major cities has never been so high.

Rob Morris
Save to my profile

The cost of renting office space in major cities around the world has never been so high. But can organisations reduce their spending without moving the entire business to somewhere cheaper? 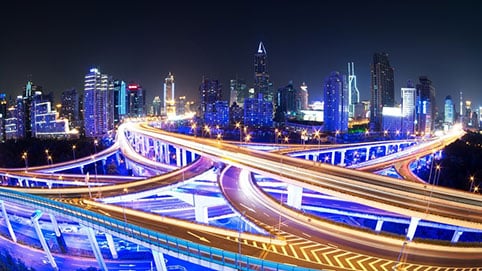 A prime location in the heart of the city has never been cheap for companies big or small. But while rents for commercial property continue to soar, large organisations are reluctant to leave financial centres such as Hong Kong, London and New York – despite contrarian reports.

Media coverage of organisations in major cities looking to cut costs by heading for the suburbs was commonplace throughout 2015. A Forbes article in October found that rents in the US were too high even for the nation’s largest law firms, with fees on premium office space expected to rise by 18%.

Also in October, CNBC reported that Hong Kong was the most expensive city in the world for prime office space, costing companies around US$255.50 (£177.43) per square foot each year. The finding came from property consultancy Knight Frank’s ‘Global Cities: The 2016 Report’, which ranked New York as the second dearest city for commercial buildings, at $153 (£106.43) per square foot per year. The study also found that the cost of commercial space in London had increased by 10.7% during the first half of 2015.

In the UK, the Guardian ran a story about how rising rents could force London-based companies to relocate to other British cities such as Birmingham, where office space and salaries are comparatively lower. A report by property agent Savills said that the median cost of an employee in central London had risen to more than £50,000 compared with £33,695 for the rest of the UK.

Companies relocating because of soaring rents may be a hot topic, but Julian Birkinshaw, Professor of Strategy and Entrepreneurship at London Business School, believes such talk is misleading. The reality is that firms want to shift certain operations to other locations, where rents are cheaper and people with specific skills are more readily available, while maintaining a presence in places such as Hong Kong or New York.

“We’ve seen in the last 20 years the disassembly of the traditional global headquarters,” Professor Birkinshaw says. “You used to find hundreds of people all in the same place, but it’s clear to management teams that they don’t need the tax, legal, finance, HR and IT functions together, because technology has led to increased mobility and better communication.

“Corporate functions are being moved to lower-cost centres, so it’s not unusual to see a company shift its IT operation to Bangalore or the HR function to a regional city. HSBC has a huge operation in Leeds and dozens of satellite offices outside London. It makes sense to shift operations elsewhere, because there’s no value in having a call centre in an expensive city.”

Big UK-based corporate moves include the BBC’s £180 million relocation from London to Salford, Manchester, in 2011, and Deutsche Bank’s shift to Birmingham. The German bank opened an office in 2013 to house its trading floor and sales and research operations.

In 2012, Bank of America announced plans to move up to 2,000 back-office and middle-office staff to Chester, while JPMorgan has increased its presence in Bournemouth and Glasgow to 1,000 and 800 respectively. That same year, Network Rail, the owner of Britain’s rail infrastructure, moved many staff from London and other UK cities to a purpose-built office in Milton Keynes.

Avoiding a huge tax bill is another reason why companies shift some of their operations elsewhere.  Firms realise they can save millions of dollars by moving their legal department to Switzerland, Luxembourg or the Cayman Islands, according to Professor Birkinshaw.

“Organisations are increasingly moving their legal divisions to places where the tax advantages are best,” he says. “The big story in the pharmaceuticals industry is that many of the major US players have figured out that to avoid paying large amounts of tax, they have to move their legal department overseas.”

Professor Birkinshaw’s observation that companies want to stay in major cities is borne out by the findings in Deloitte’s ‘London Futures report’. The study, carried out in late 2014 and involving senior representatives from 100 organisations, revealed that 73% of London businesses planned to increase their headcount over the next five years. Moreover, 36% said they wanted extra property in the city, while 40% hoped to take on more flexible or collaborative work spaces.

Similarly, João Cocco, Professor of Finance at London Business School, believes companies, for example in the tech industry, keep offices in key locations to stay connected with their industry peers and competitors. “Being in the same city as your competitors is a big advantage for companies,” he says. “People will meet contacts from other organisations in their industry in a pub or bar to discuss markets and what’s happening in the sector.

“Silicon Valley is a good example; property is very expensive, but firms value having offices there because their staff talk informally with people from other companies. They’re all part of a knowledge-based economy.”

Forking out for city living

While the world’s major cities continue to attract top talent, an increasing number of people with specialist skills choose to live elsewhere for a less expensive lifestyle. On 12 October 2015, British bosses warned in a letter to UK newspaper the Evening Standard that the housing crisis was forcing talented workers to either snub or leave London. Soaring rents fuelled by the lack of property has made it increasingly difficult for people to find affordable accommodation.

“We have the ‘doughnut effect’, which looks at how far people working in London need to live outside of the city to afford basic things such as rent or mortgages,” says Martin Laws, Partner at Deloitte. “But at what point do the commuting costs become such a high proportion of their salary that it’s no longer viable for them to travel into London?”

A similar trend has emerged in the US, where young professionals struggle with high living costs due to rising rents and stagnant wages. Real estate research company Zillow found that 22 to 34-year-olds spent an average 30% of their income on rent in the first quarter of 2015. The figure increased substantially in Los Angeles (48.7%), San Francisco (45.6%), Miami-Fort Lauderdale (44.3%) and New York (41.7%).

Graduates or first-time employees find it particularly difficult to live in big cities, according to Professor Cocco. “London has become an extremely expensive city to buy property,” he says. “In New York and Hong Kong, we’ve seen a similar trend, but is this making it difficult for companies to attract employees? I’m sure it is, particularly those on lower salaries.”

He adds: “Is there a benefit for companies to have staff in places like London? Yes, if you’re talking about Starbucks, which needs people for its outlets across the city. If Starbucks can’t recruit people because of living costs, the company needs to offer incentives to attract them.”

Some companies are making life easier for their employees, having recognised the financial pressures of living in expensive cities. Starbucks offers interest-free loans so staff in London can afford housing deposits, while professional services firm KPMG has agreed preferential mortgage rates with banks for its employees. Elsewhere, Deloitte has arranged preferential terms for some of its graduate recruits to rent apartments at the former London 2012 athletes’ Olympic Village in east London. The firm took action following a survey in 2014 in which Deloitte graduates raised concerns about finding desirable yet affordable accommodation across central London.

Other factors influencing where companies base their head office and satellite operations include the war for talent and remote working. “Talent is driving organisations to make different decisions,” says Carissa Kilgour, Assistant Director at Deloitte Real Estate Consulting.

“Companies have to offer choice and autonomy to attract the next generation of talent, which may mean having different teams in different locations. Organisations today are generally more open-minded. Even compared to five years ago, there is a greater appetite for new ways of working such as mobile, where people do their jobs from different locations.

Laws adds: “The office of the future will be split across multiple locations. Technology is making work much more flexible and allowing people to be connected all the time. Work is what you do, not where you go.”

Play by the rules

Aside from cost cutting and widening the search for talent, regulatory pressures are another reason for businesses to consider expanding beyond major cities. In 2015, the British government introduced rules forcing banks to split their retail and investment banking activities by 1 January 2019. The idea is that ring-fencing retail banking will protect customers’ savings and the accounts of small businesses from failures on the investment side.

Under the new rules, banks cannot rely on their investment divisions for revenues and they need to have their separate legal, HR and risk operations for the retail side of the business. Since the ruling was announced, HSBC revealed it will move its retail banking operation, and about 1,000 jobs, from London to Birmingham. Relocating the retail banking is expected to begin in 2017 and will cost up to £200 million.

“Regulation is yet another trigger that is allowing corporates to think differently about their legacy organisational structure,” says Kilgour, “giving them the opportunity to consider the optimal future operating model and location for their business.”

Opening offices in any town or city is a costly exercise. But Kilgour believes management teams need to consider whether gaining access to fresh talent and lower operating costs in smaller cities is worth the investment.

“There are definitely incentives for corporates to consider regional cities, such as cheaper rents, access to new talent pools and even the opportunity to build relationships with universities through programmes that provide skilled graduates,” she says.

“Many organisations are looking to add tech or digital staff to their ranks, so they open offices in places where people have those skills and where those people want to live and work. It is increasingly the talent agenda rather than the cost of property that drives firms’ decisions to open offices elsewhere.

“As a blanket rule, corporations aren’t just upping and leaving major cities. But many do have an increasing appetite for building teams in different locations.”