3 tactics to curb cheating in sport

Anna Johnston
Opinion Psychology
Save to my profile

Transparency is a source of competitive advantage in a world where employees want to work in authentic organisations for authentic people. Yet across the world leaders in politics, business and sports face a cheating epidemic. 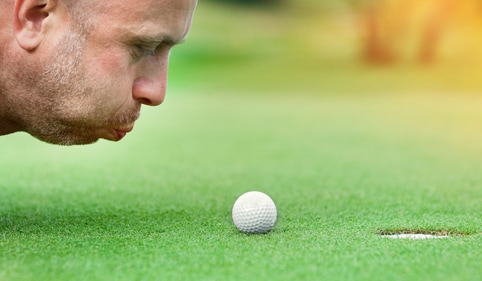 In the first half of 2016 alone there was a plethora of sporting drugs scandals spanning football and athletics. Kenya was believed to be in breach of global anti-doping rules, and the World Anti-Doping Agency declared the country non-compliant with its code. UK Anti-Doping missed opportunities to investigate claims that a doctor prescribed banned substances to 150 athletes, including Premier League footballers. Russia became embroiled in a doping scandal ahead of the Olympic Games in Rio de Janeiro.


Why do people cheat?


In sport, the potential rewards of money and fame can cause people to make bad decisions – otherwise known as a win-at-all-costs mentality. Others may simply feel the pressure from their teammates, coaches or family members to be the best. Some athletes see doping as medicating, meaning they sever the link between the act and their cheating behaviour.


Among the many possible solutions for tackling this unethical behaviour, there are three approaches supported by social and psychological evidence:


Cheating is a choice, and temptation is everywhere. The propensity to cheat is influenced heavily by the environment, says Lisa Shu, Assistant Professor of Organisational Behaviour at London Business School (LBS). “People are put into tempting environments and often think that they won’t be influenced. In fact, evidence shows that people are very susceptible to temptation and overconfident in their ability to maintain high moral standards.” Athletes, and the high-performing, competitive arenas in which they operate, create the perfect storm for cheating.


How can organisations tackle the inflated self-belief of individuals? Firstly, they can promote ethical behaviour by recognising that some situations – particularly high-pressure ones – will test the morality of even the most honest people. Dr Shu says: “Individuals should be reminded that the environment can alter their standards and their decisions can lead to consequences, including a downward shift in their moral behaviour. When people cheat they’re more likely to hold ever-more-lenient moral standards.” On the flip side, she says, when people are enticed to cheat but choose not to, they maintain more stringent values and are less likely to cheat in the future.


To curb cheating, institutions like the International Association of Athletics Federations (IAAF) should attempt to make “morality more salient”, says Dr Shu. Before Jonathan Haidt of the University of Virginia published ‘The Emotional Dog and Its Rational Tail: A Social Intuitionist Approach to Moral Judgement’, moral judgement was thought to be caused by moral reasoning. Haidt showed that, in fact, moral emotions and intuitions drive moral reasoning.


Dr Shu says: “People have the ability to rationalise any behaviour post-hoc. They do psychological acrobatics to maintain their beliefs that they’re good people with high moral standards.” So people are well-equipped to rationalise their unethical behaviour after the event. The key is to make sure they don’t cheat in the first place. This is easier said than done, but there are practical steps that organisations can take, such as signing at the top of an honour code, a tax return, or, in this case, a doping drugs form.


“Simple reminders such as the signature location on a form can lead people to be more honest. Bringing the signature to the top makes it top-of-mind and more salient.”


Timing is important, too. Individuals should be asked to pledge their agreement to the honour code before they have the chance to cheat. “If you give people the opportunity to inflate their performance and then ask them to behave in line with the code of conduct, it’s too late. The morality train has already left the station.” You have to catch them at the right time.


When opportunities to cheat are scarce, people are more likely to seize them, according to ethics expert Daniel Effron, Assistant Professor of Organisational Behaviour at LBS. His research with Christopher Bryan at the Booth School of Business and J Keith Murnighan at the Kellogg School of Management revealed that people cheat in patterns – at particular points in time.


Dr Effron and his colleagues conducted several experiments that presented more than 2,500 participants with more than 25,000 chances to cheat, undetected, for money.


The concept worked like an honesty box. Participants were asked to perform tasks in secret – they were told they would be paid based on how much time they said it had taken them. Of course, it was a ruse. Everything was measured. The results showed that people overbilled the most for whichever task was last. In fact, they overbilled for their last task by 42%, compared to the amount billed when they knew other tasks still remained.


So people cheat as last opportunity knocks, but why?


Dr Effron explains: “People struggle between wanting to be ethical and wanting to satisfy their self-interest, so many people will cheat a little bit when they can get away with it, but they won’t cheat to the maximum extent possible. Our research suggests that the self-interest motive is stronger when future cheating opportunities are limited.”

"If you have a large number of chances to cheat undetected, you’re less motivated to cheat because you feel like you could do it at any time. But when it’s suddenly your last chance to cheat, you feel like you’d kick yourself if you passed up the opportunity. So when people have several chances to cheat, they’re more likely to act on the last one.” Otherwise known as the cheat-at-the-end effect."

What does this mean for organisations that want to reduce dishonesty but have limited resources to monitor employees? Instead of extra resource, managers could put resource to more efficient use. In athletics, if resource limitations mean sportspeople can’t be tested at every heat, they could be tested at their final one. In expense rows, accounts departments could pay more attention to those last expenses submitted just before the financial year-end.


“If you want to catch cheaters, look for good people. It’s well known that it’s impossible to be a corrupt politician unless you excel at communicating well and making friends.” Take Lance Armstrong, for example. The former seven-time Tour de France winner claims that when he rode from 1999 to 2005 it was an “imperfect time”, meaning that the common use of performance-enhancing drugs in the environment had somehow pushed him to dope. He’s even said that he would do it again.


Lance Armstrong also cheated when he was part of the US Postal Service team. Cohen-Mohliver says: “There was a sense of a team effort. Doping meant that his team would win. In this way, you can fall back and say, cheating is for the team. This applies to competitive sports, too, because when you win, your country wins and so on. You can find a million excuses. But all of these excuses make you a good person, because you cheat.”


Does catching and punishing those who cheat help deter others from cheating? The way perpetrators are revealed comes with a bundle of new information. “Firstly, people don’t always know about the ways in which they could cheat until someone is caught. Catching a cheater reveals to others a new way of cheating. Secondly, people discover how long cheats have gone without being caught. Lastly, they find out how easy it is to prove a cheat is guilty and what their punishment is.” These levers – how they’ve doped and for how long – can make some people cheat more and some less, says Dr Cohen-Mohliver.


“Think back to the first case of doping in the Tour de France and what information became available when that person was caught. People learnt that this happens – this person has doped for many years. So it’s helpful – this person has won. But they also learnt that it’s concealable – this person has only just been caught.” The positives of the equation are countered by negative factors such as the probability of being caught and punished. How much each counteracts the other depends on many social factors.


“I don’t think that successfully curbing cheating will come down to the punishment,” says Dr Cohen-Mohliver. “First, we need to identify the reasons for cheating and stop those. If people cheat to help their team then the effectiveness of punishing the individual is vastly over-valued.