Tabria Lenard and Cole Agbede
Diversity Leadership
Save to my profile

This Black History Month we asked two of our current students, Tabria Lenard MBA2021 and Cole Agbede MBA2021 – founders of the new Black in Business Club at London Business School – to tell us who they take the most inspiration from as they look ahead to their own careers in business.

Here is their power list of 15 amazing Black business people who are shaping the worlds of finance, fashion, technology, consulting and beyond. They say: “We have selected these 15 individuals because they are Black professionals across a variety of fields who inspire us.

“We want to use this platform to diversify what people typically think success looks like and to show that Black people can be expert at more than just being Black.” Akin Akinbode, Partner at Dentons, London
The only Black partner in the London branch of law firm Dentons, Akin has advised on some of the most complex construction transactions in Europe. Key clients include household names such as Network Rail, Taylor Wimpey and Sainsbury’s. Akin also leads many of the firms Diversity & Inclusion initiatives, playing a big role in their push to increase hiring of Black talent at all levels. 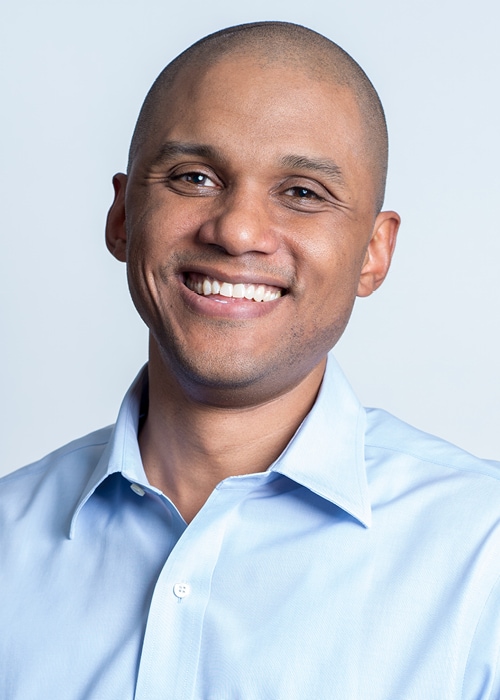 Keith Bevans, Partner and Head of Global Consultant Recruitment at Bain, Chicago
Keith is a partner in Bain & Company’s Chicago office. He joined Bain in 1996 and was a leader in Bain’s Performance Improvement practice. In 2013, Keith began leading Bain’s global consultant recruiting efforts. This involves managing the team that identifies and attracts talent to Bain’s 60 offices around the world and ensures that the next generation of Bain leaders continue to make Bain “the best firm to work for.” 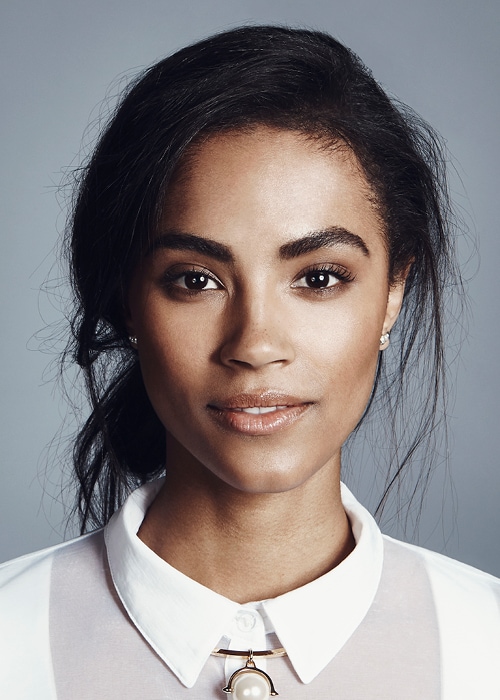 Sinead Bovell, “The model who talks tech”, New York
Previously a management consultant for A.T. Kearney, Sinead is the founder of WAYE (Weekly Advice for Young Entrepreneurs), through which she educates young entrepreneurs on the intersection of business, technology, and the future. She is Director of Youth-led Innovation for Blockchain for Impact, and has spoken at the UN and the US Chamber of Commerce. She’s on a mission to create a progressive, informed society in which technology is built ‘on the right side of history’. She was recognised by Wired for her work in bringing ‘new faces to the table in tech.’ Her focus is on “changing the narrative of who should be talking tech and who should be listening. More than 60% of WAYE’s community comprises visible minorities. Edward Enninful, Editor of Vogue magazine, London
In 2017 Edward became the first man and the first Black editor to take the helm of Britain’s most powerful fashion publication. ‘I want Vogue to feel like a shop that you want to walk into, one that’s quite welcoming,’ he said. He has shown what a modern Vogue can look like: inclusive but luxurious, multicultural in its outlook and the makeup of its staff, fashion-first but with an eye on the wider world. Aurora James, fashion designer and entrepreneur, New York
Aurora owns Brother Vellies, founded in 2013 with the goal of keeping traditional African design practices, and techniques alive while also creating and sustaining artisanal jobs. She established the 15 Percent Pledge, calling on major retailers to commit a minimum of 15% of their shelf to Black-owned businesses. So far Rent the Runway, Sephora, Yelp and West Elm have signed up. Grace Ladoja, music industry manager, London
Manager and creative director to grime star Skepta, Grace led the artist’s repositioning with a strategy that put a renewed focus on authenticity, leadership and independence. She has been featured in the BBC Radio 4 Woman’s Hour 2018 Power List and in Vogue’s 25 most influential women of the year, and was awarded an MBE. In April 2018 she founded Homecoming—a groundbreaking three-day cultural exchange hosted in Nigeria. This year, she partnered with UK retailer Browns to bring the virtual event to life. Acha Leke, Senior Partner and Chairman of McKinsey & Company, Johannesburg
Acha serves governments, multinational and private sector institutions across Africa on issues of economic development, tax administration, growth strategies, holistic transformations, and investment decisions. Acha is widely known for his inspiring work in Africa and has received numerous accolades including being recognised as a World Economic Forum Young Global Leader (2008), among the Top 10 Youngest Power Men in Africa (Forbes, 2011) and one of the Most Influential Africans (New African 2012-2016, 2019; Jeune Afrique 2018, 2019 ). Bernie Mensah, President of International, Bank of America, London
Bernie is one of the few Black individuals in an executive management position at a large global investment bank. In his role as president, Bernie is responsible for the execution and development of the bank’s strategy, business activities and support functions internationally. He has more than 20 years of global trading and investing experience and holds several board positions at various City establishments. He is on the board of the Kofi Annan Foundation, which mobilises political will to overcome threats to peace, development and human rights. Kike Oniwinde, CEO & Co-Founder of the BYP Network, London
Kike founded the Black Young Professional Network to connect Black professionals around the world with each other and global corporations. Since she launched it in 2017, the network has gained over 50,000 members and has more than 60 corporate clients including Facebook, Accenture and Sky. It recently raised more than £800,000 in equity crowdfunding. She has worked in the City and for the fintech startup iwoca. Kike is a Forbes 30 under 30, Maserati Top 100 Most Innovative Founders and a Financial Times Top 100 BAME Leaders in Technology. Justin Onuekwusi, Head of retail multi-asset funds at Legal & General Investment Management, London
Not only is Justin one of the leading fund managers in the City, he is a co-founder of the #talkaboutblack movement which was launched three years ago dedicated to discussing the issues affecting people of colour. This year he teamed up with other senior black professionals in the investment industry to launch the #IAM campaign across social media aimed at raising awareness of racism. He recently received the Freedom of the City of London. Bozoma Saint John, Chief Marketing Operator, Netflix, California
Bozoma is recognized in the industry as a leading marketer. Her previous roles include Head of Global Consumer Marketing at Apple Music & iTunes and Chief Brand Officer at Uber. Netflix’s COO Ted Sarandos calls her “an exceptional marketer who understands how to drive conversations around popular culture better than almost anyone”. She has said that she wants more corporations to put their money where their mouth is when it comes to making statements against racial injustice. Lavinya Stennett, Founder & CEO, The Black Curriculum, London
Lavinya founded the social enterprise The Black Curriculum in 2019. It works to teach and support the teaching of Black history all year round. She is determined to challenge the Eurocentricity of the school curriculum at a nationwide level. She believes in the power of education and the arts to ultimately transform the lives of people. Linzi Thomas, Private Equity Partner at Latham & Watkins, London
Linzi is considered one of the rising stars in private equity. She recently joined Latham’s London office and is a member of the firm’s Black Lawyer’s Group (BLG). She has worked on some of the most complex transactions in the industry and counts some of the world’s top private equity firms as key clients, including CVC, Carlyle and Ares. She also likes to get involved in pro bono projects in emerging markets and in women’s leadership and diversity initiatives. My kind of life: Queenette Archibong

Queenette Archibong shares her journey from Nigeria to Goldman Sachs, and helping other Nigerian women along the way

We shouldn’t just be participants – we should get involved

Black in Business scholar and medical doctor Nehemie Mimbo on inclusion, representation and wellbeing in the workplace.