Why truth is not enough

Faculty news Finance Research
Save to my profile

In an age of fake news, quality evidence based on large-scale data has never been more important, argues Professor Alex Edmans in his new mainstage TED talk 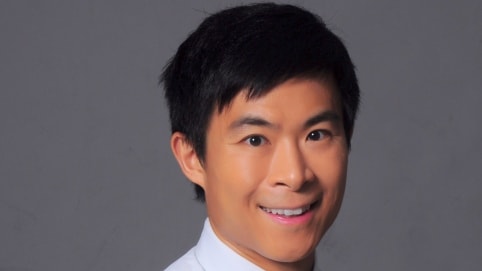 “A fact may be true, but it may be meaningless.”

So says Alex Edmans, Professor of Finance at London Business School, in a TEDx talk that has just been selected as one of a very small number of presentations to have been promoted to the TED mainstage.

In the talk, Professor Edmans, who is also the Academic Director of LBS’s Centre for Corporate Governance, explains how the world has now recognised the importance of checking the facts in today’s post-truth word. But he stresses that we must go beyond fact-checking.

Stories have become compelling, and are used successfully in books, case studies and even TED talks themselves – but, even if true, a single story may not represent what normally happens in real life. An anecdote does not constitute evidence.

He points out: “Stories are powerful, they’re vivid and they bring a topic to life. But a single story is meaningless and misleading unless it’s backed up by large scale data.”

However, Professor Edmans stresses that even large-scale data is not enough, because there is a wide range in the quality of evidence.

He argues: “One of the most dangerous phrases is ’research shows that’, because you can find research to support almost anything you’d like to support. So it’s particularly important to focus on papers published in the highest-quality peer-reviewed journals and to be mindful of confirmation bias – the temptation to accept evidence because it confirms your prior belief, regardless of its quality.”

Professor Edmans originally gave his talk at TEDxLBS in May 2017.

An extremely small number of TEDx talks are ultimately elevated to the TED stage, and these include Brené Brown’s ’The Power of Vulnerability’ and Simon Sinek’s ‘How Great Leaders Inspire Action’.

Commenting on the new attention resulting from his talk’s re-release on 12 November, Professor Edmans says: "I'm very excited that this presentation has been selected to appear as a mainstage TED talk as it highlights the importance for society of seeking out quality evidence. It’s also the first TEDxLBS talk to be promoted in this way, which is genuinely an honour.

“In an age where vivid stories dominate the headlines, views are becoming increasingly polarised as it’s easy to find a story that supports your own view. The value of evidence-based research has never been higher – both for guiding practice and encouraging people to see both sides of every issue.”

Further information can also be found in Professor Edmans' London Business School Review article, 'Why truth is not enough'.