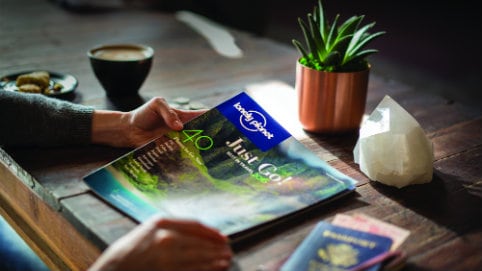 After graduating from LBS with a Master of Science in Management degree (as the MBA was then known) in 1972, Wheeler and his wife, Maureen, launched Lonely Planet the following year. They sold the company to the BBC for £132 million in 2011.

Wheeler told the Financial Times (FT) that the degree gave him a solid grounding in the fundamentals of business. In January 2018, he and Maureen donated £10 million to fund LBS’s Wheeler Institute for Business and Development, which will tackle the developing world’s most pressing social and economic problems through business and entrepreneurial initiatives.

The gift was in return for Wheeler receiving a maintenance bursary to study at LBS. He hopes the donation will encourage others to follow in his footsteps.

“We thought my name might inspire students to do what I’ve done [and start a business],” he told the FT.

In 2008, the Wheelers set up the Planet Wheeler Foundation to support projects covering education, health, human rights and building communities in the developing world. Wheeler was also involved in establishing Melbourne’s Wheeler Centre for Books, Writing & Ideas, an initiative that helped gain UNESCO City of Literature status for the city.

Today, Wheeler is on the board of Global Heritage Fund, which works to protect and develop archaeological sites in the developing world.