What does Brexit mean for EU students?

UK/Europe Government
Save to my profile

Genuine students are always welcome in the UK, irrespective of government changes to visa rules and immigration policy 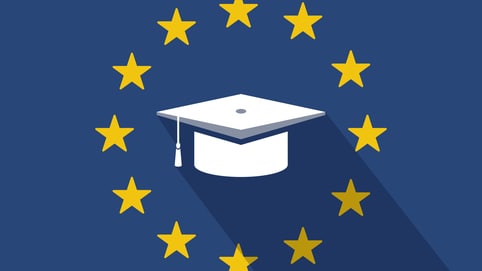 In 2009 the British government introduced the Tier 4 student visa, a points-based system to assess whether non-EU residents were eligible to move to the UK for higher education. The new rule was also established to prevent low-calibre students or people with no intention of studying from gaining UK visas.

There was widespread concern that Tier 4 would discourage foreign students from applying to British universities and business schools. But Helen Foley, Senior Manager of Visa Compliance and Financial Aid at LBS, said that the rule change had posed few problems for genuine students looking to study in the UK.

She added that LBS would adapt to any new rules for EU students following Brexit. “We attract people from all over the world who are used to dealing with visa and immigration issues,” she said. “Many of our students have come across these issues before, having studied abroad at university or college.

“People who apply to LBS aren’t deterred by paperwork or the visa application process. They’re interested in enhancing their education and gaining experience at a top business school. It’s not an issue for them if they need to get a visa to do that.”

Unlike students from outside the union, people applying to LBS from EU-member countries don’t need a Tier 4 visa to study in the UK. That could change once the UK leaves the EU, but the government has said there will be no cap on international students.

Foley said that applications for the MBA programme were up year on year from March 2016, suggesting that Brexit has done little to dampen interest in LBS.

She added that the drop in value of the pound had made studying at the School more cost-effective.

Prospective students who require a Tier 4 visa to study in the UK can find more information here or get support with their application by emailing visas@london.edu. The same service will apply to EU students if they require visas after Brexit.