We can all learn from Sainsbury's binned food waste target

Business education
Save to my profile 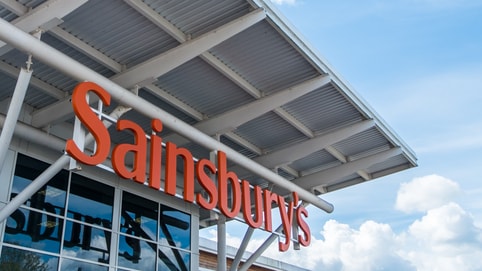 Sainsbury’s launched its “Waste Less, Save More” programme in 2016 – a £10 million five-year plan to help customers save money by reducing their food waste by 50%. It was in line with the United Nations’ (UN) sustainable development 2030 target of halving people’s global food waste, and cutting loss in the production and supply chains. The UN estimates that one-third of the world’s food is squandered and puts a US$940 billion (£771 billion) price tag on the problem.

A Sainsbury’s spokesperson said: “Having spent the last year getting under the skin of household food waste, we have realised that this kind of behavioural change won’t happen overnight, but we have definitely seen positive progress on what will be a longer journey.”

Randall S Peterson, Professor of Organisational Behaviour and Academic Director of the Leadership Institute at London Business School (LBS), said: “It is certainly correct that behavioural change is hard to achieve.

“We know, for example, that changing attitudes is not a great predictor of changing behaviours. People may genuinely believe that they ‘should’ waste less food, but that does not change their actual food-wasting behaviours much.

“Sainsbury’s can see what, for example, the NHS has been up against in changing health behaviours. There are notable successes in areas like reducing smoking, but notable failures in other areas like heading-off the obesity crisis.”

He has a three-point approach, based on research, for businesses who want to achieve meaningful behavioural change.

“Second, be sure information is readily available when the consumer wants it – you need to do more than push information to people because the receiver may be too busy to accept it. They need to know where to go for information when they are ready for it. A pamphlet on reducing waste in the store is probably not helpful, but someone telling them where they can go to learn about it in their own time is.

“Third, you need to ‘nudge’ or encourage people simultaneously in different ways to get change to happen – make it easier to store food safely for longer, help them find ways to make food near its end of useful life become more appetising, stop stores doing big multi-buy deals, etc.

“All of these together help to move people along.”


Sainsbury’s has not abandoned its campaign – though it has scaled back its target. Its new approach – smaller changes – may be more successful, said LBS Professor of Organisational Behaviour, Dan Cable: “People have to both understand the problem rationally and care about it emotionally. The film Black Fish successfully combined these two: changing behaviour and reducing capture of orca whales.

“You have to shrink the change. Instead of pushing overall changes that can seem overwhelming, such as ‘Reduce waste’, get people to focus on something specific and personal: ‘Eat the bread crusts’.

“Finally, find the bright spots. Where is this working well and why? What regions waste the least food and why? What can we learn and transfer about how people eat and think about eating?”

Dan Cable is a Professor of Organisational Behaviour at London Business School.