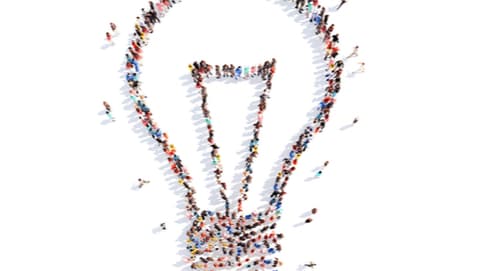 The finalists for the third annual Real Innovation Awards have been chosen, with 28 of the world’s brightest, most creative individuals or companies hoping to celebrate at our awards ceremony on 1 November.

Our six categories – which you can now vote in – feature businesses or creative minds from a range of industries such as gaming, medical, oil, energy, mobile and therapy. These awards celebrate real innovation, which is often messy, time-consuming and far removed from the idea of a lightbulb moment leading to instant success.

“When it comes to innovation, many corporations follow a similar route involving tech breakthroughs that spark creative ideas, resulting in new products that are launched successfully,” said Julian Birkinshaw, Professor of Strategy and Entrepreneurship and Academic Director of the Innovation Institute of Entrepreneurship at London Business School (LBS).

“However, innovation also comes from the lone entrepreneur with a 'crazy' idea who battles against the odds and refuses to give up when faced with setbacks. There is no set path to taking a creative concept and turning it into something tangible – individuals and companies often embark on different journeys when being innovative.”

We have two sets of accolades for our finalists. The first is the People Choice Awards, which you can vote for between 3 September and 1 October (voting closes at 5pm BST and winners will be announced on 2 October). The second is the Judges’ Choice Awards, chosen by our panel of business experts and thought leaders in September, with the winners revealed at our awards ceremony in November.

Here is the full list of nominees for each category: