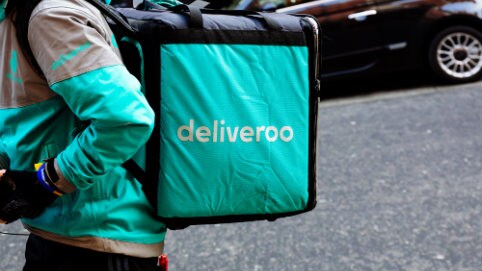 Deliveroo’s rise from a London-based food delivery start-up to a company now worth US$2 billion (£1.5 billion) has sparked takeover bids from Uber and Amazon.

Taxi app Uber has made advances for Deliveroo, winner of the Best Beats First Award at the 2016 Real Innovation Awards, in a bid to give its subsidiary Uber Eats a greater portion of the takeaway industry’s market share.

Millennials are more likely to order takeaway than their parents, encouraging companies such as Uber to enter a market that is expected to be worth £279 billion by 2030, according to analysts at UBS.

Amazon is the other known suitor, having reportedly made two moves for Deliveroo. The latest came in January 2018, although both approaches were nothing more than exploratory, according to an investor familiar with the matter.

Will Shu co-founded Deliveroo in 2013, having grown tired with the lack of food options when having to eat at his desk during his career as a banking analyst. He and his business partner, Greg Orlowski, secured $2.75 million (£2 million) from Index and Hoxton Ventures to develop Deliveroo's app, through which customers order food, and hire couriers.

The duo then expanded Deliveroo internationally, before Orlowski’s departure in early 2016. The company went on to win a prestigious accolade at London Business School’s Real Innovation Awards (vote for this year’s winners) later that year.

Today, Deliveroo operates in 12 countries, with plans to add 5,000 more restaurants and let outlets use their own delivery drivers.