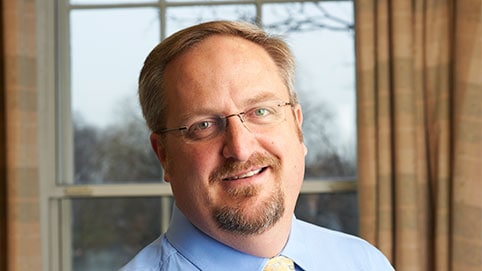 It is not only the financial markets that abhor uncertainty, a London Business School leadership expert has warned as British politics faces another turbulent day.

“In times of crisis,” Professor Peterson writes, “people look to their leaders for clear, values-based leadership from real people. Not perfect people, not necessarily considered debate and discussion, but anchors to hold onto as uncertainty takes hold.

“It is not only the financial markets that abhor uncertainty, but ordinary people find it disquieting as well. We see a lot of politicians seeking advantage and stepping forward in search of power, and not enough clarity on who and what, they stand for.”

Professor Peterson cites Michael Gove’s announcement: “I have come, reluctantly, to the conclusion that Boris cannot provide the leadership or build the team for the task ahead”, which he says is a bid for power.

“Looking across to the other side of the house,” Peterson adds, “you have Jeremy Corbyn saying: “I was democratically elected leader of our party for a new kind of politics by 60 per cent of Labour members and supporters, and I will not betray them by resigning. Today’s vote by MPs has no constitutional legitimacy.”

“This is not about what happened months ago, this is about what is happening now, and lack of leadership during and after the referendum. Both parties seem to be in a truly sad state,” says Peterson.

“The Bank of England widely reported this: “The Bank will not hesitate to take additional measures as required as those markets adjust and the UK economy moves forward.” Equally important was this very clear statement of purpose and values: “The best contribution of the Bank of England to this process is to continue to pursue relentlessly our responsibilities for monetary and financial stability.” Imagine if politicians could work together, in a spirit of genuine national interests, to promote these kinds of messages, rather than comparing themselves favourably to others and clinging on to power for what seems to be the sake of power,” Peterson says.

He notes that “ironically, the only one who seems to be doing this at all right now is David Cameron.”

“Boris Johnson seems to at least have enough clarity about his own divisiveness after the campaign to not run for the leadership – so there are small glimmers of reason here,” he says.

“What the UK needs right now is leaders in both parties who are not strongly associated with either the Remain or Leave campaigns, but those who are focused on stability and will remind the British people of their own best selves: the rule of law; individual liberty; and mutual respect for and tolerance of, those with different perspectives than our own.”

The next days will show how well the country’s leaders can step up to the mark.