Second promotion in less than 12 months for Executive Education graduate 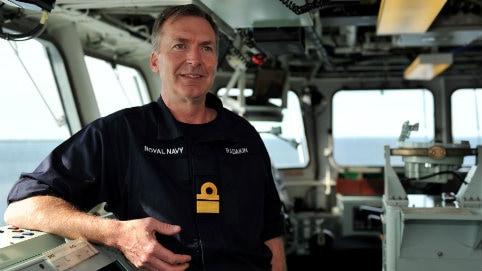 Tony Radakin, a graduate from London Business School’s Senior Executive Programme, will be promoted to Admiral and appointed First Sea Lord and Chief of Naval Staff for the Royal Navy.

The promotion will be Vice Admiral Radakin’s second in less than a year, after he was made Second Sea Lord and Deputy Chief of Naval Staff in March 2018. This latest appointment will see Radakin succeeding Admiral Sir Philip Jones as head of the Royal Navy.

Radakin started his career with the Royal Navy as an officer of the watch in HMS Leeds Castle. He then held other roles including navigator of HMS Andromeda, command of HMS Blazer and operations officer for HMS Beaver.


These early roles saw Radakin take on security duties in the Falklands and NATO embargo operations in the Adriatic. He also worked in counter smuggling in Hong Kong and the Caribbean, and oversaw escorts during the stand-off between Iran and Iraq in the 1988 Iran-Iraq Tanker War.

Radakin read law at Southampton University and qualified as a barrister. He has an MA in International Relations and Defence Studies.