Thanks for the ring but you shouldn't have

Women’s appreciation of engagement rings not based on cost 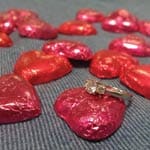 Love is in the air and with Valentine’s Day just past, coupled-up men wanting to pop the question on the most romantic day of the year may be inclined to think that the more expensive the ring, the more appreciative their fiancée will be.  Research from London Business School, however, shows that a shows that a woman’s appreciation of her ring is not strongly based on cost.

A study co-authored by Dr Gabrielle Adams, Assistant Professor of Organisational Behaviour at London Business School, discovered that men believe the more they spend on an engagement ring, the more appreciative the receiver will be. However, in reality women are not more appreciative if the cost is more, according to the outcomes of the study.

Dr Adams said: "Our study suggests that men may not need to spend as much as they think they do on an engagement ring.  Women’s appreciation levels were less strongly correlated with the estimated price of the ring.”

The study asked recently engaged Americans from a popular weddings website to complete a survey, assuring participants that their answers would not be shared with their fiancée.  In the study, ring-givers predicted higher feelings of appreciation from price than the receivers, who reported no difference in appreciation for an expensive ring than an inexpensive ring.

With research suggesting that men can often spend the equivalent of three month’s salary on an engagement ring, the study offers some timely comfort to those shopping on more of a budget this Valentine’s Day.